Joel Embiid, T.J. McConnell out for Sixers' loss to Pelicans 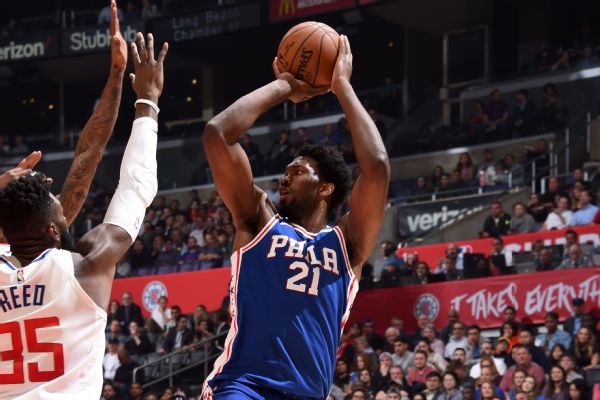 Embiid was expected to play in New Orleans after sitting out Saturday night's loss to Cleveland to rest his surgically repaired knee.

Embiid, who has averaged 23.5 points and 11.1 rebounds in 21 games, had offseason surgery for a torn meniscus in his left knee, and the Sixers have been limiting his playing time, including not playing him on back-to-back nights.

Embiid said he first felt the back soreness on Thursday during the Sixers' 107-104 loss to the Lakers.

"I felt it during the game. I got some treatment during the game, but after the game, it was pretty sore," Embiid said before adding that he is "feeling much better" and hopes to return for Philadelphia's game against the Timberwolves on Tuesday.