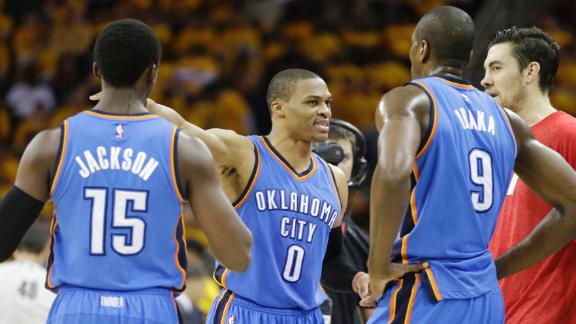 Durant went through pregame warmups but considered the toe too sore to play.

He's day to day with the injury.

He injured the toe in the fourth quarter Sunday against the Cleveland Cavaliersbut remained in the game.

Durant, 26, will sit his 24th game of the season after missing a total of 16 in his first seven seasons. He missed the first six weeks because of surgery on his right foot to repair a Jones fracture and then two weeks because of a sprained right ankle.

The Thunder are 9-15 this season without Durant.