Kevin Love in concussion protocol after taking elbow to head 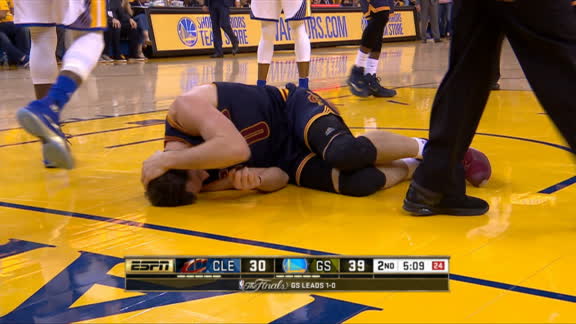 OAKLAND, Calif. --Kevin Love suffered a concussion after an elbow to the head by Harrison Barnesduring theCleveland Cavaliers' 110-77 loss to the Golden State Warriorsin Game 2 of the NBA Finals on Sunday night.

Love's status for Wednesday's Game 3 is up in the air, as he will be required to enter the league'sconcussion protocol. He was cleared to travel with the team back to Cleveland on Monday, a team spokesman told The Associated Press in an email.

Barnes collided with Love as the two went for an offensive rebound with five minutes remaining in the second quarter. No foul was called on the play.

Love stayed on the ground for several seconds while play continued.

A Cavs athletic trainer and team doctor evaluated Love on the floor and on the bench. They did not detect concussion symptoms.

Love re-entered the game and subsequently hit a 3-pointer, leading the team to feel he was able to continue playing.

In the third quarter, Love became disoriented and presented concussion symptoms. He was taken to the locker room and diagnosed with a concussion.

"When we came back out in the third quarter, I could see in a timeout he looked kind of woozy," Cavs coach Tyronn Lue said. "He went back on the floor for a second, and then we had to get him off the floor."

Love did not speak to the media after the game. He left the arena flanked by several team security members.

Asked if he had a hunch as to whether Love would be available for Game 3, a team source told ESPN.com, "Too soon."

The Cavs, who trail the Warriors 2-0 in the series, will have the benefit of the adjusted NBA Finals schedule for this year that has two off days between Games 2 and 3 as opposed to one.

If a player is suspected of having a concussion, league rules call for testing before he can return to the floor. If the player doesn't pass the tests, he must enter the concussion protocol. Love will not be able to return until he is symptom-free and can pass tests that meet baselines he established in preseason testing. 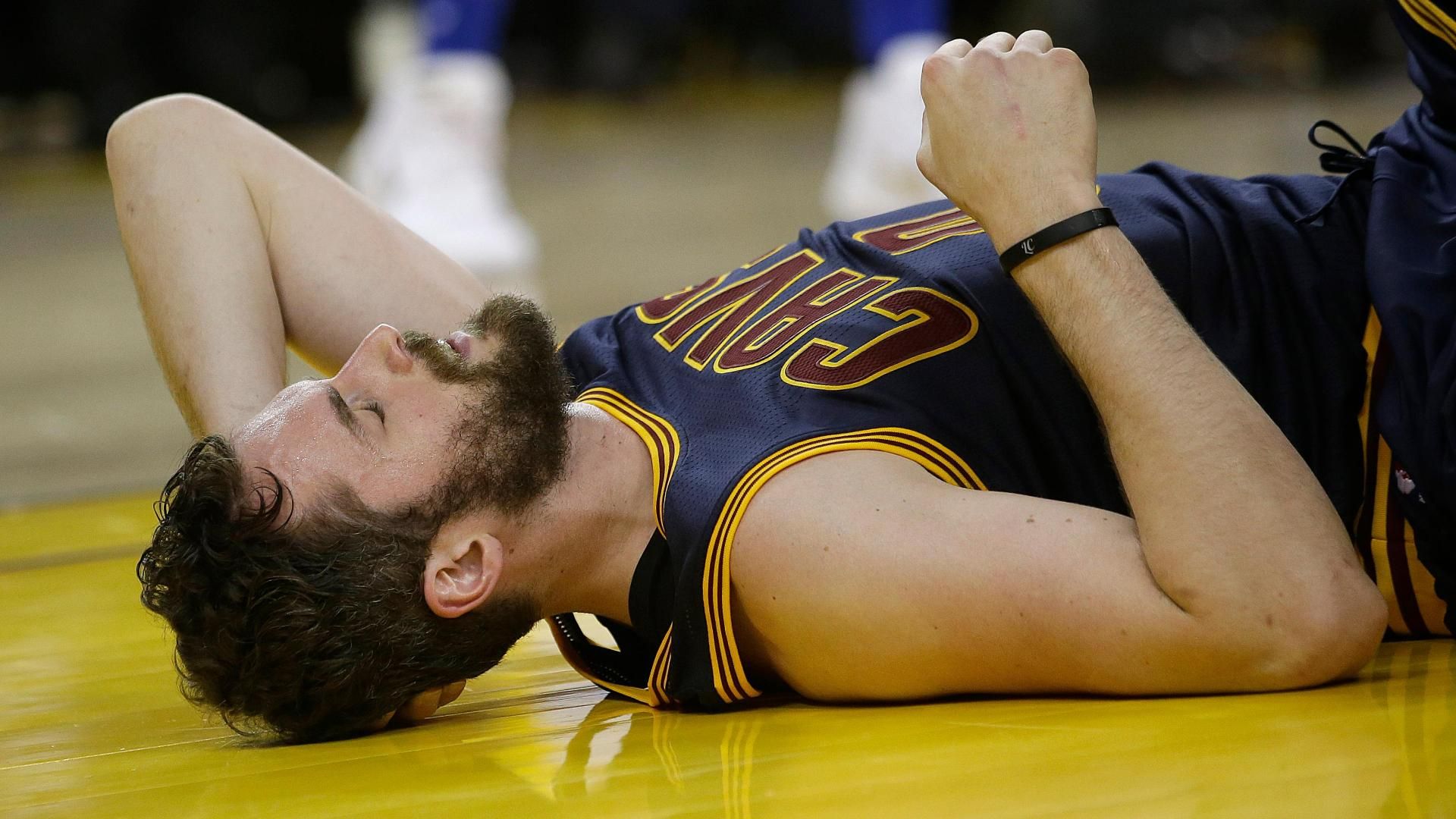 Will Love remain with Cavs if they lose Finals?
Michael Smith and Jemele Hill weigh in on if the Cavaliers should explore trades for Kevin Love or other players on the team due to their lackluster performance thus far in the NBA Finals.