Knicks could be worth $3 billion 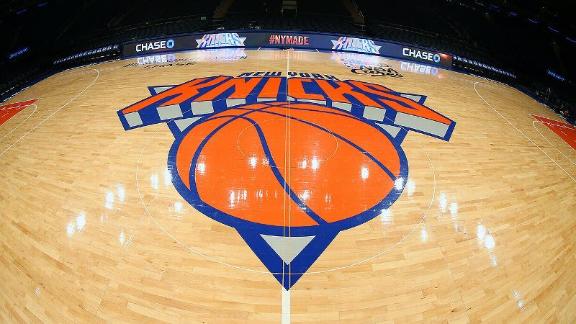 The New York Knicks could now be worth $3 billion.

So says Rich Tullo, an analyst at Albert Fried & Company, which made the comment as part of a note issued Friday morning to announce that the research company was revising its price target for Madison Square Garden stock upward to $85 a share.

Tullo wrote that the Knicks, he believes, are now worth between $1.4 billion and $3 billion "based on percent premiums of recent sales prices paid for franchises such as the L.A. Clippers ($2 billion), the Bucks ($550 million) and New Orleans ($338 million)."

Last week, former Microsoft CEO Steve Ballmer agreed to buy the Clippers from the Sterling family for a record $2 billion. Forbes magazine previously had assessed the team's value at $545 million.

"While much of the Clippers premium is excessive in our view, we think the bid does suggest the market for iconic sports franchises is robust," Tullo wrote. "We argue despite the recent sale value, intrinsically the New York Knicks as part of MSG are worth at least 50 percent more than the Clippers because MSG operates a regional sports network and owns its arena."

Tullo estimated that the Knicks generated more than $100 million in ticket sales this season, which he says was double what he estimates the Clippers did. The Knicks also get 100 percent of the money they make off suites, some leased at $1.8 million a year. Sources tell ESPN.com that the Clippers make no more than 10 percent of suite sales because of their lease with the Staples Center, which is owned by AEG.

Tullo noted that it was his belief that Madison Square Garden was worth $2 billion to $3 billion, with the land alone being worth that even if the Knicks move.

The firm also raised its fourth-quarter revenue estimate for MSG to $339 million, up from $267 million, thanks to the Rangers' playoff run to the Stanley Cup finals.

Shares were hovering around $57 on Friday morning. The stock has risen almost 15 percent in the past month.