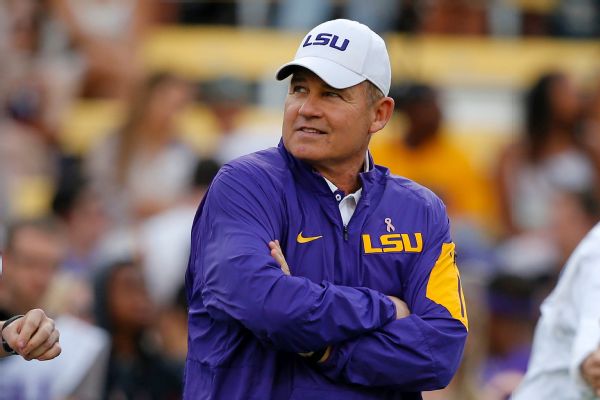 Miles, 62, said he'll be cheering for the Tigers from his Baton Rouge home when they play Missouri on Saturday night. LSU athletics director Joe Alleva fired Miles on Sunday, one day after the Tigers lost 18-13 at Auburn to fall to 2-2 this season.

In an interview with ESPN's Tom Rinaldi, which was broadcast on College GameDay on Saturday morning, Miles said he planned to spend his first Saturday away from college football watching games at home. His eldest son, Manny, is a backup quarterback at North Carolina, which plays at No. 12 Florida State on Saturday.

"I will watch that game feverishly with the idea that I'm rootin' for the Tar Heels," Miles said. "And I will absolutely watch the Tigers play. There's no way around it, and [I'll] root and scream and holler."

"It'll be another view because I've really never seen me take the field," Miles said. "And I will get to see Coach O and root for him and his team. It'll be a descriptive moment to me. There's where you were and that's what you were doing for the last 12 years."

Miles, who had a 114-34 record at LSU and guided his teams to two SEC titles and the 2007 BCS national championship, said he hoped to coach again. He spent four seasons as Oklahoma State's coach before LSU hired him in 2005.

"This Saturday will be a difficult thing for me," Miles said. "Every Saturday I have had a game, unless it was a bye week. There's not been that time. I may just get in the backyard and walk around, make some calls and sweat and get some water. I need to maybe get the big screen TV and put it up so I can watch all the games."

Miles said he understood Alleva's decision to make a change. The Tigers rank 120th among 128 FBS team in passing (147.8 yards per game), 110th in total offense (339.5 yards) and 109th in scoring (21 points per game). They scored only one offensive touchdown in a 16-14 loss to Wisconsin at Lambeau Field in the opener and again at Auburn.

"I'm certain that they wanted more production," Miles said. "They wanted more wins. ... If you get first downs then you have two more downs to light it up, and that's the key piece. You have to be efficient and execute. And to me, that's one of the things that I wish I'd shined the light on a little bit better."

The Tigers lost at Auburn after replay officials nullified LSU quarterback Danny Etling's winning 15-yard touchdown pass to D.J. Chark on the final play of regulation because the ball was snapped after time expired.

It seemed like a fitting end for the "Mad Hatter."

"Minus a second, I think we'd be a 3-1 team," Miles said. "If I had to have one play define who I am, I take that one. And here's why: 'cause there was nothin' left. There was not time on the clock. Everything was running down and our team took the snap, without instruction took the snap. We had a play called, don't get me wrong.

"The [quarterback], without instruction, took a snap, rolled to his right and fired a ball in a end zone that wins the game. If that play is allowed we win the game. I'll take that play. I'll take the very last play that we had. That would be a fighting heart [and] a group of men that could not be denied. And except for time, we would have won the game."

And what if LSU had snapped the ball before time expired?

"I'd be getting' sweaty over there with the Tigers," Miles said. 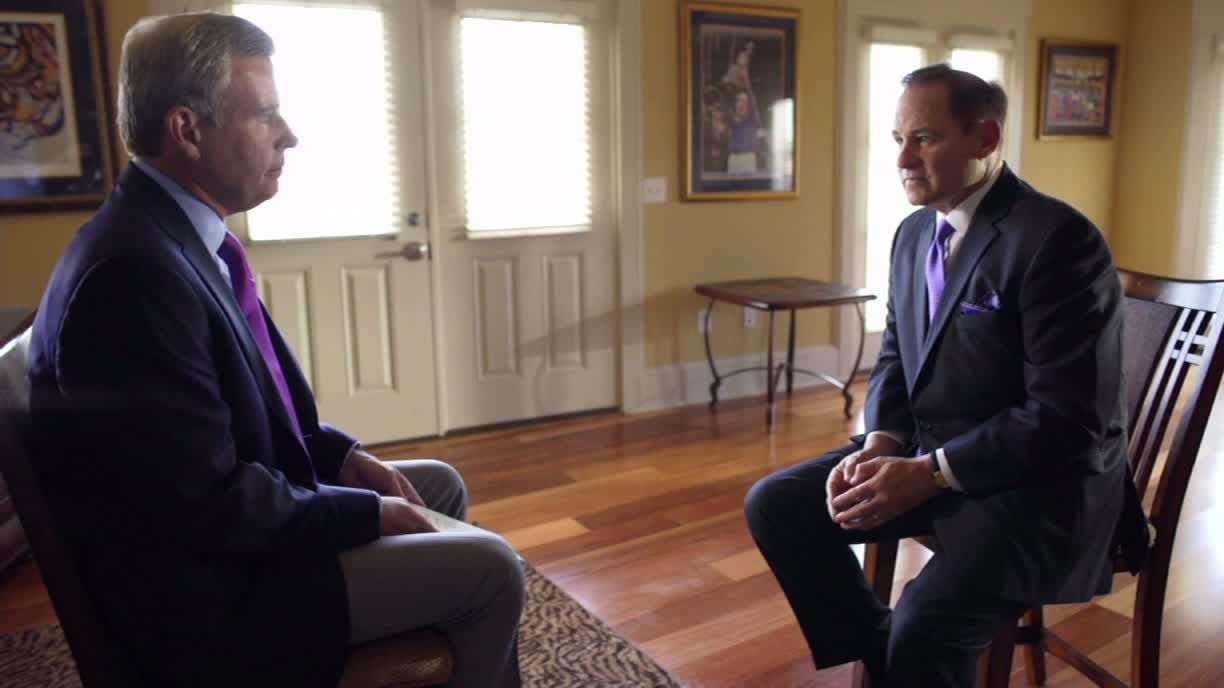