The NFL will not take any action against former Philadelphia Eagles running back LeSean McCoy for his role in a nightclub brawl with off-duty Philadelphia police officers in February, according to ESPN and multiple reports.

The decision was first reported by The Buffalo News.

The Pennsylvania attorney general's office has closed its investigation into the brawl, which left two off-duty police officers injured.

In April, Philadelphia District Attorney Seth Williams said McCoy wouldn't be charged in the incident, concluding he couldn't prove who initiated the February fight in a Philadelphia after-hours club. Williams said at the time that it's legal to act in self-defense or the defense of others.

The attorney general's office subsequently decided to review Williams' decision not to charge McCoy, who was one of four men originally under investigation by the district attorney.

McCoy's Philadelphia defense attorney, Dennis Cogan, said McCoy was only trying to break up a fight between the officers and his friends, who had started arguing over a $350 bottle of champagne.

Action News obtained viewer video from the incident at 2:45 a.m. on Feb. 7 at the Recess Lounge in Old City.

In addition, TMZ posted footage of the bar fight that apparently showed the NFL star's face.

Williams explained expletives were exchanged between the two men, and, at one point, the one man put his hands on the collar of the person in McCoy's group.

Those two ended up on the ground, with the man in McCoy's group underneath the other man. However, Williams said, the circumstances leading to that are unclear. 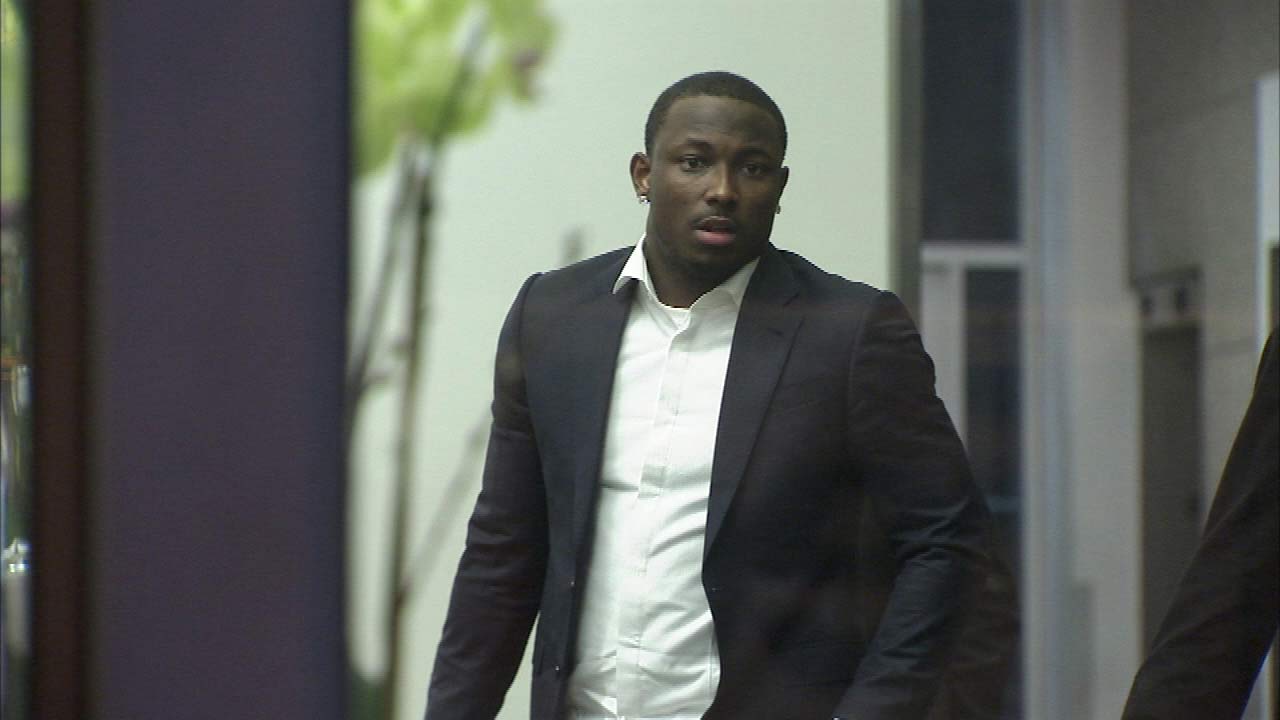 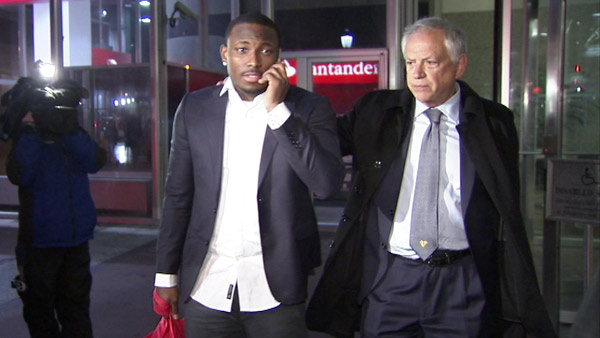 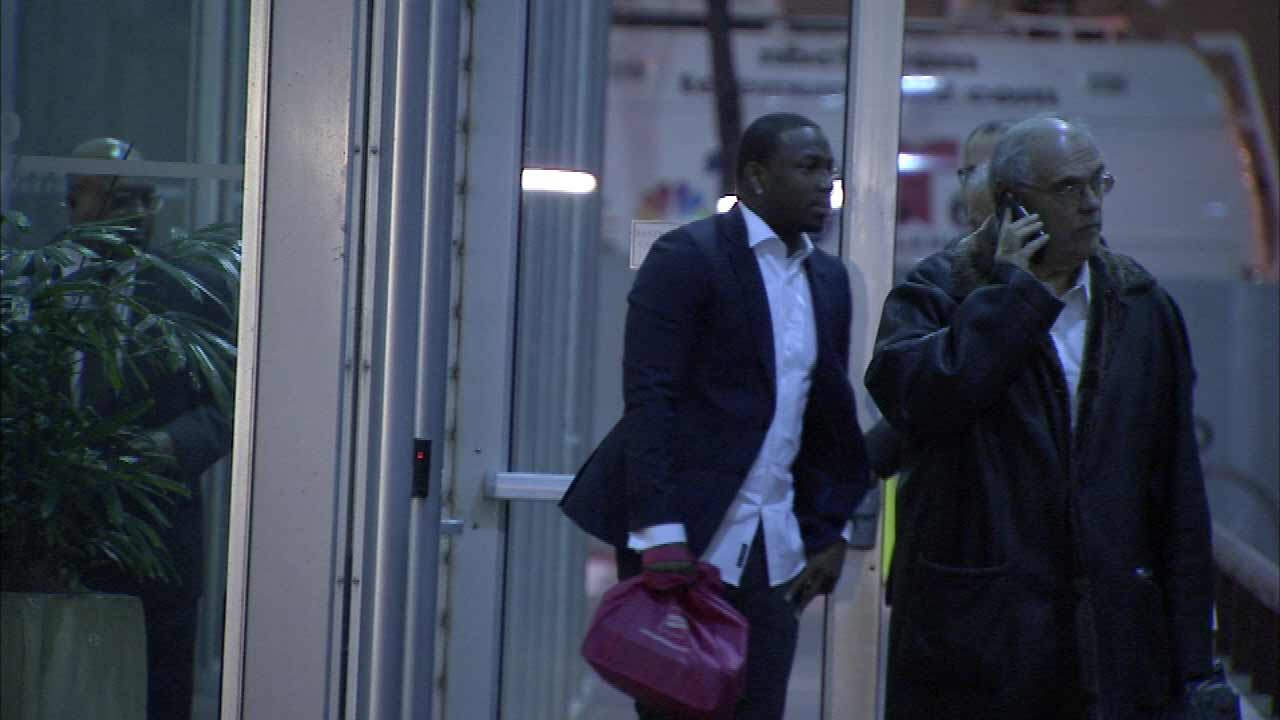 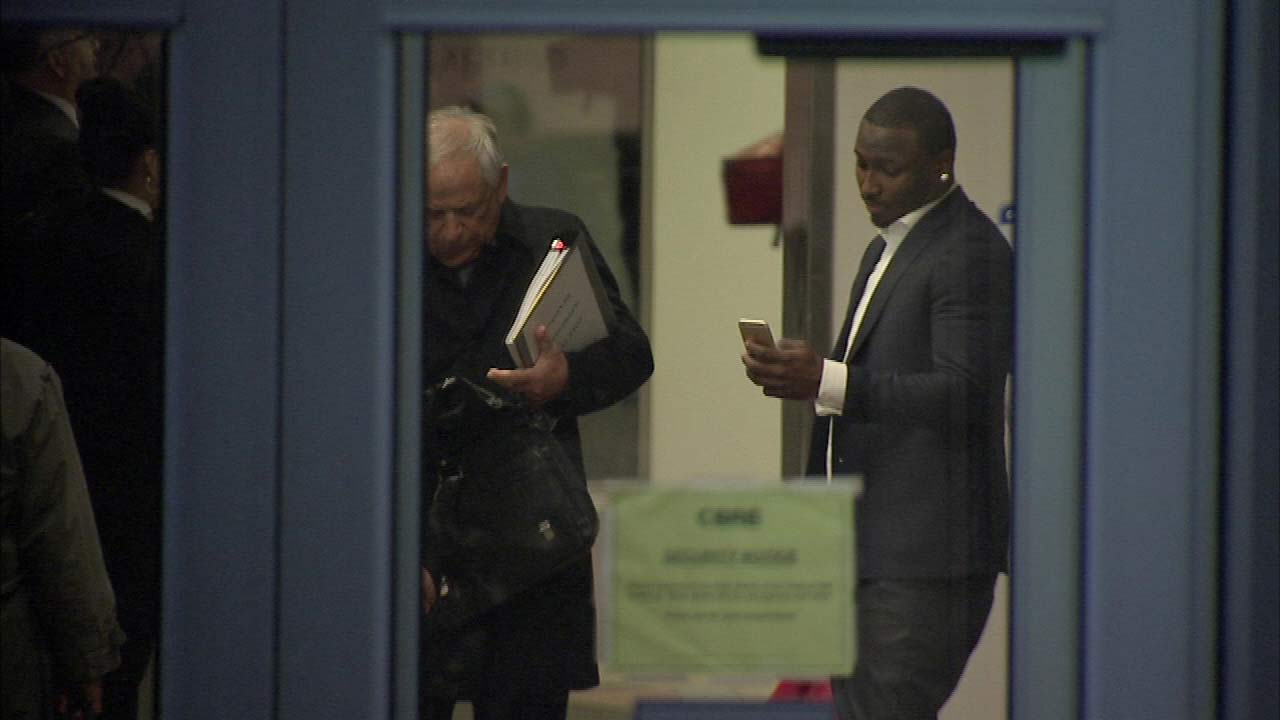 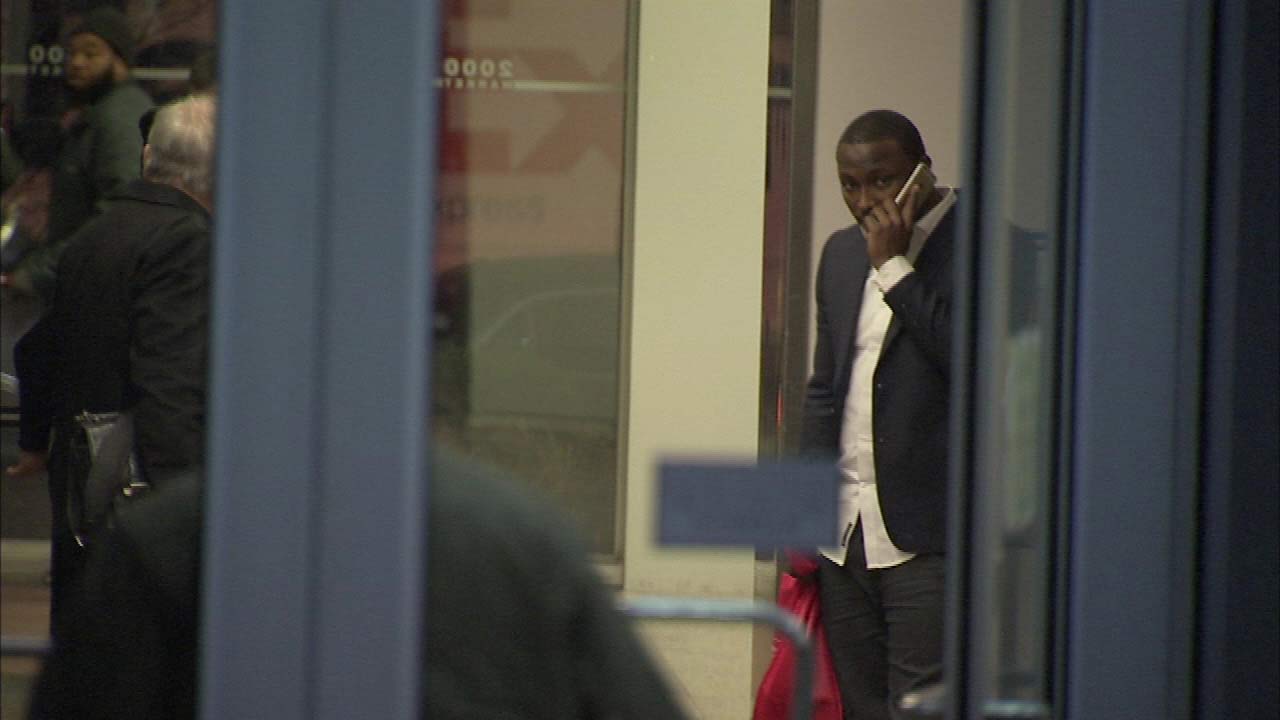 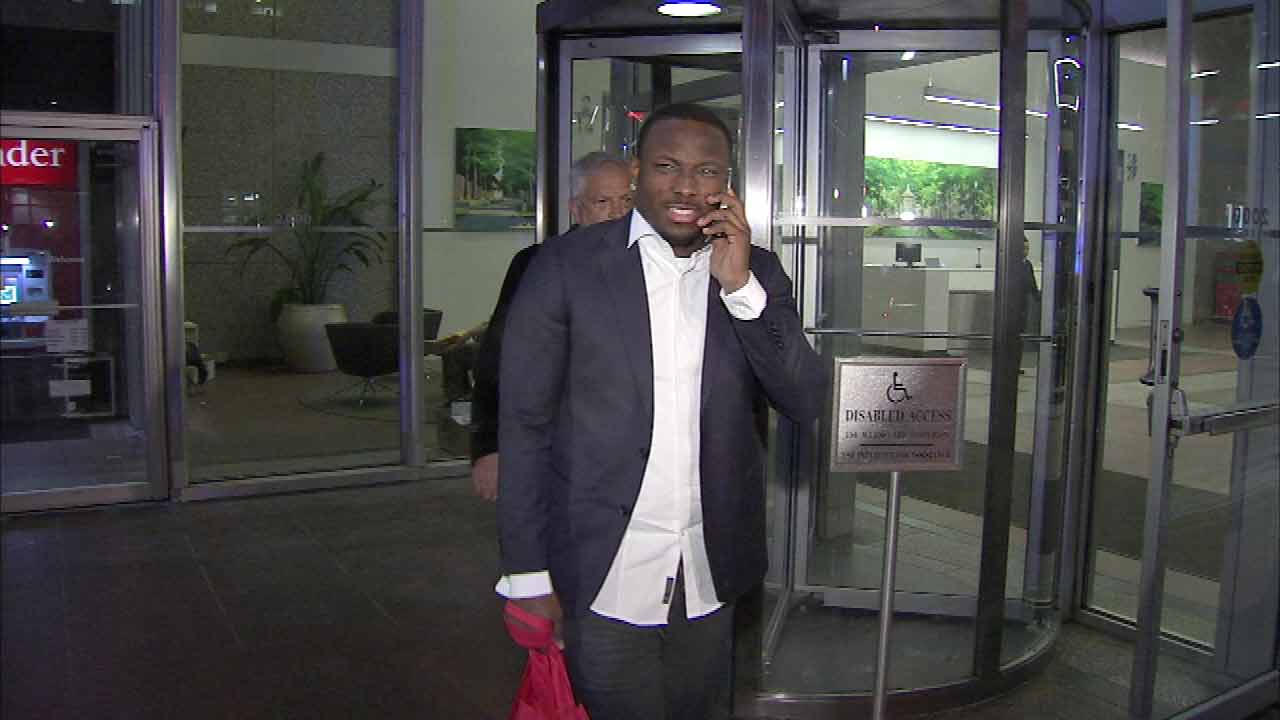 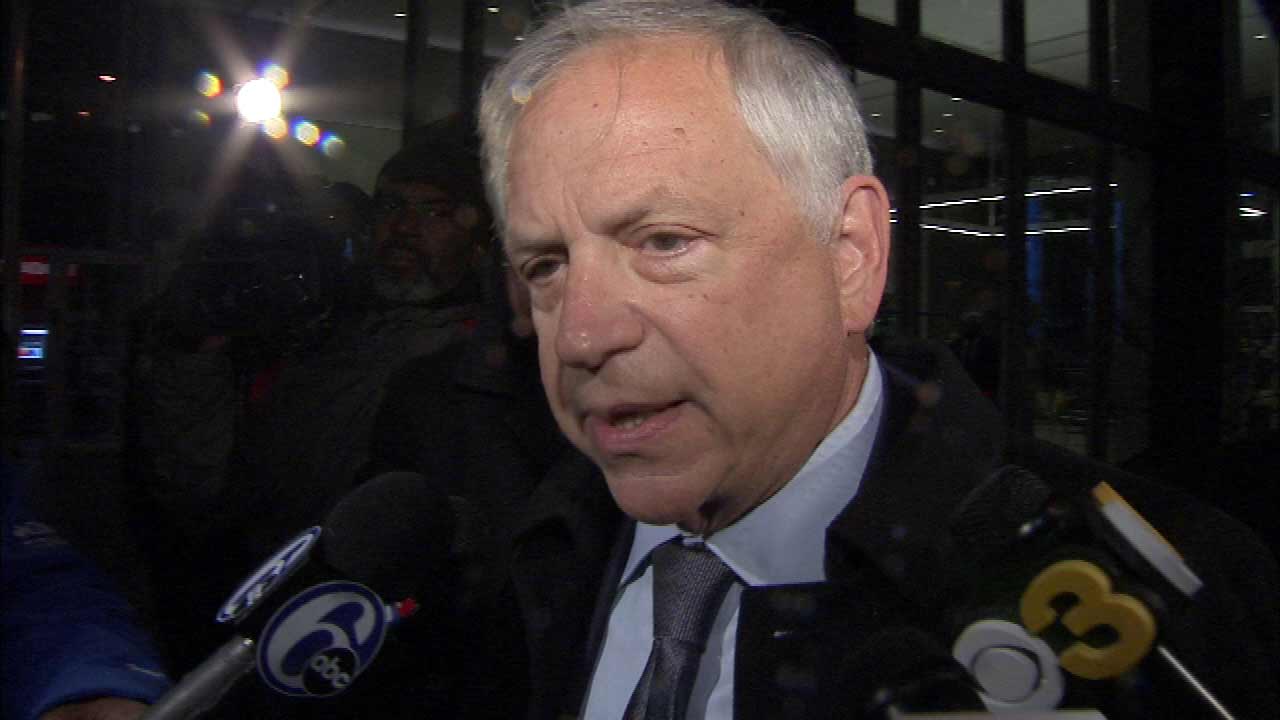 LeSean McCoy is seen in Philadelphia on February 23, 2016.

Williams said in this circumstance, they were not able to define if the others involved were unreasonable in coming to the defense of another.

In video obtained of the incident, McCoy can be seen going over to the area where people were on the ground. In April, through his attorney, McCoy offered his explanation, saying he saw someone on the ground with his hands around his friend's throat. So, as he explained, he went over to protect his friend.

Cogan said, "It's very clear that McCoy didn't start any fight, he didn't want to continue any fight. The most he did in this matter, after the fight broke out, he went over to try to break it up. There was a guy on top of his friend, T.J., and no matter what other facts have been bandied about out there, he was concerned about T.J."

The 28-year-old McCoy played for the Buffalo Bills last season after six years with the Eagles.

ESPN contributed to this story. 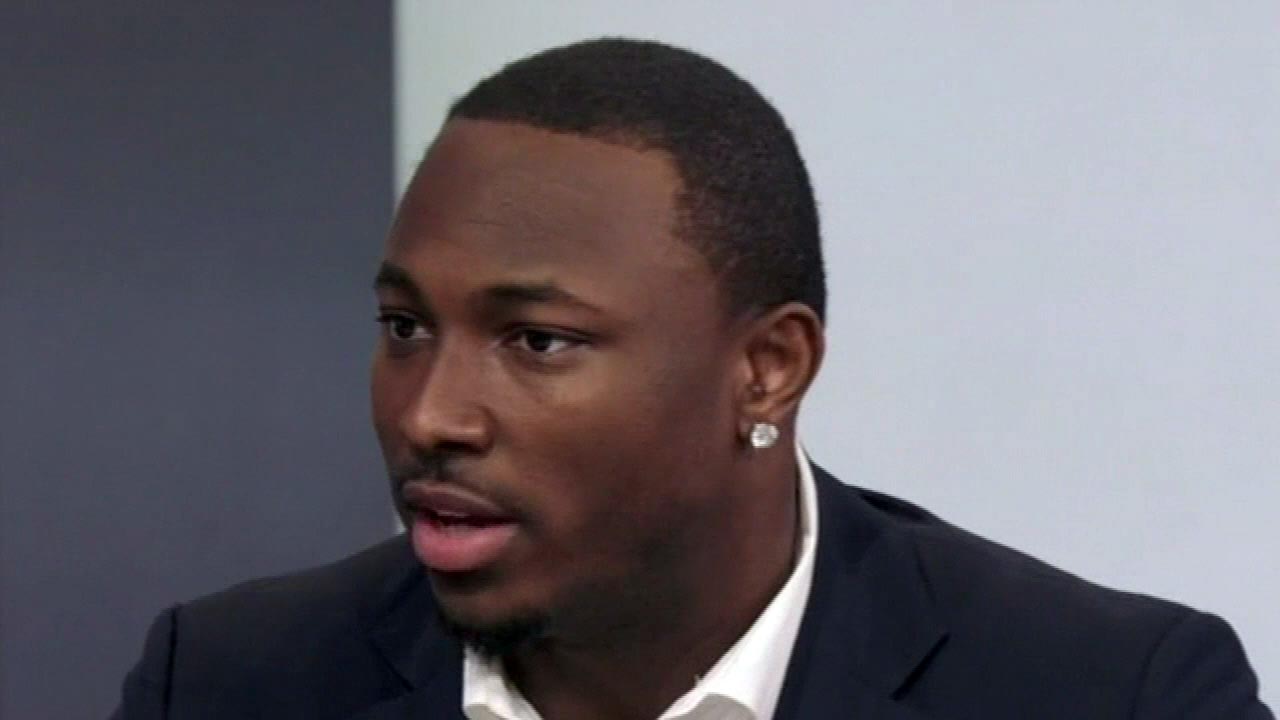