Lloyd believes women could be kickers in NFL 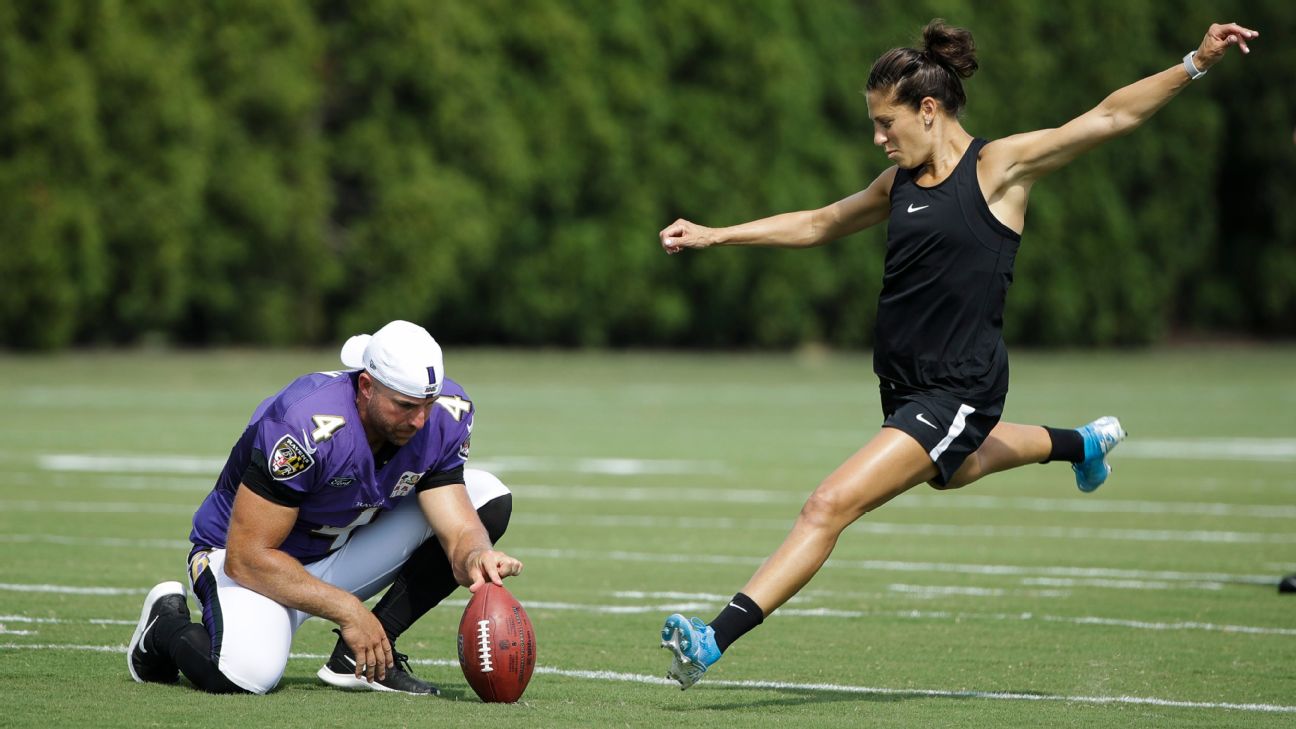 ESPN
Carli Lloyd thinks it's "insane" that video of her making a 55-yard field goal during a visit with the Philadelphia Eagles went viral last week, but she's confident that a woman could be successful as a kicker in the NFL.

"I'm laughing about it, but the more I think about it, this has the chance to be sort of a pioneering moment for women," the U.S. women's soccer star told NBCSports.com, adding, "I know that I could probably do it."

Lloyd, a die-hard Eagles fan, visited the team's camp Tuesday, as Philadelphia was holding a joint practice with the Ravens, and kicked 40-yard field goals flawlessly and hit a 55-yarder that drew widespread attention. Lloyd told NBCSports.com that she tried from as far away as 57 yards, "but it was wide -- distance was good." She said she would have kept trying, "but I felt like I was holding them up" at practice.

Lloyd told Sports Illustrated's "Planet Futbol TV" last week that she received some inquiries from NFL teams after her performance, but she didn't provide specifics. Her trainer, James Galanis, told FOX Sports on Monday that Lloyd was offered the chance to play in a preseason game, but it conflicted with a U.S. women's national team game against Portugal. He declined to name the team that made the offer.

"The mindset I have, I think with practice, I know I have to work on my steps and my technique, but I think I could do it and do it well. It could be a huge, pivotal moment. There is no reason why a woman could not do this," Lloyd told NBCSports.com.

Lloyd noted to NBCSports.com that she has "one of the most accurate shots" in women's soccer.

"Big thing would be getting used to the big boys out there. But nothing scares me. You hold yourself back if you're afraid. What's the worst that can happen? I don't make the team? Let's just say I did try. Maybe I change the landscape a lot," she said.

The 37-year-old Lloyd, from nearby Delran, New Jersey, scored three goals in the 2019 World Cup and has 113 in her career, seventh all time in women's soccer history. She's a two-time FIFA Player of the Year and a two-time World Cup champion. 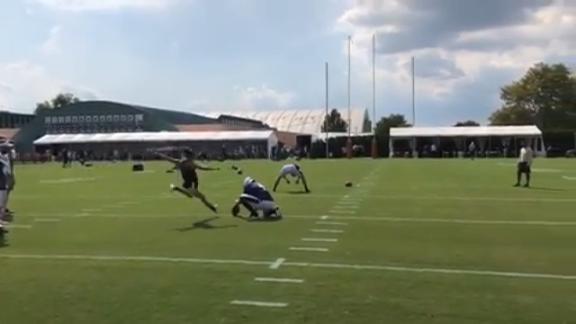