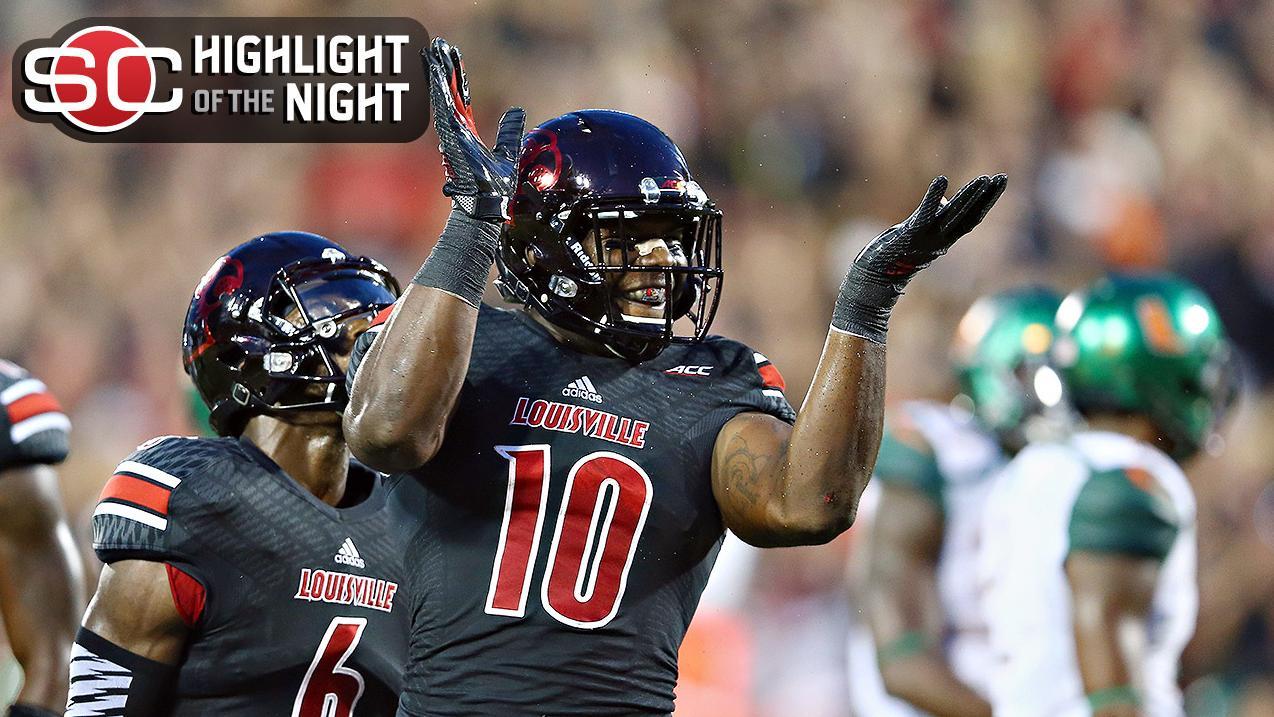 LOUISVILLE, Ky. -- Bobby Petrino watched his offense come together and enjoyed a solid performance by his defense. The opening of the Petrino sequel at Louisville doubled as one successful ACC debut for the Cardinals.

Dominique Brown had a 15-yard touchdown run in the third quarter and Gerald Christian scored on a 10-yard TD catch late in the fourth, leading Louisville to a 31-13 victory over Miami on Monday night.

Despite the 18-point margin, Louisville showed little of the offensive efficiency expected to be a staple of Petrino's second coaching stint at the school. The Cardinals outgained the Hurricanes 336-244 in a ragged offensive game for both teams.

But Louisville's new 3-4 defense had three takeaways in the program's first game in the Atlantic Coast Conference, including one that followed a costly fumble by Cardinals quarterback Will Gardner inside his 15.

The defense was especially good on third down, allowing the Hurricanes one conversion in 13 attempts.

"We got faith in each other," junior free safety James Sample said. "Coaches put us through the situation where we were backed up, where we have to act like our offense fumbled early in the drive. We were used to it, we were ready for it."

"I thought it would be a real battle and we would have to work extremely hard," said Petrino, who returned in January to the program he led to a 41-9 record from 2003 to '06. "Obviously, we made some mistakes on offense and on special teams. I thought the defense really did a great job all night long, especially on third down.

Corvin Lamb's 97-yard kickoff return right before halftime provided the go-ahead score for Louisville, which had to withstand several Miami threats from there for a win that wasn't decided until late.

"We did not do a good enough job protecting a first-start quarterback. Period," Miami coach Al Golden said.

Brown finished with career bests of 33 carries for 143 yards. Gardner completed 20 of 28 passes for 206 yards with two TDs but was sacked four times in his first start after being Teddy Bridgewater's backup last season.

Rough as it looked at times, the Cardinals took heart in finishing strong.

"We just wanted to wear them out in the fourth quarter," Brown said. "You know, just run and win, that's what we always preach."

The atmosphere was charged from the moment Petrino led the "Cards March" into Papa John's Cardinal Stadium in late afternoon.

Several hours later, the Cardinals took the field under the lights in all-black uniforms with matching chrome helmets to thunderous cheers from a record crowd of 55,428, all but a few dressed in black.

Both teams provided additional drama as Louisville unveiled a new quarterback in Gardner.

Miami featured a newcomer at QB as well in Kaaya and welcomed back tailback Duke Johnson from a broken ankle. Some Hurricanes players also harbored hard feelings after last year's 36-9 bowl loss to the Cardinals.

All that excitement appeared to be a bit much for Louisville at the start. It went three-and-out on the game's first series without gaining a yard.

The Cardinals settled down on their next possession to go 93 yards in 12 plays, and Gardner finished the drive with a 2-yard TD pass to wide-open freshman Charles Standberry.

"It was fun getting that first start under your belt and getting it out of the way," Gardner said. "I felt like we had good preparation so the nervousness was not there. After the first couple of shots, I got into a good rhythm."

Miami recovered from jitters as well to eventually take a 10-7 lead on Kaaya's 2-yard TD pass to Clive Walford and Matt Goudis' 24-yard field goal. Louisville reclaimed the momentum on the ensuing kickoff as Lamb dashed up the middle almost untouched for the 14-10 lead. 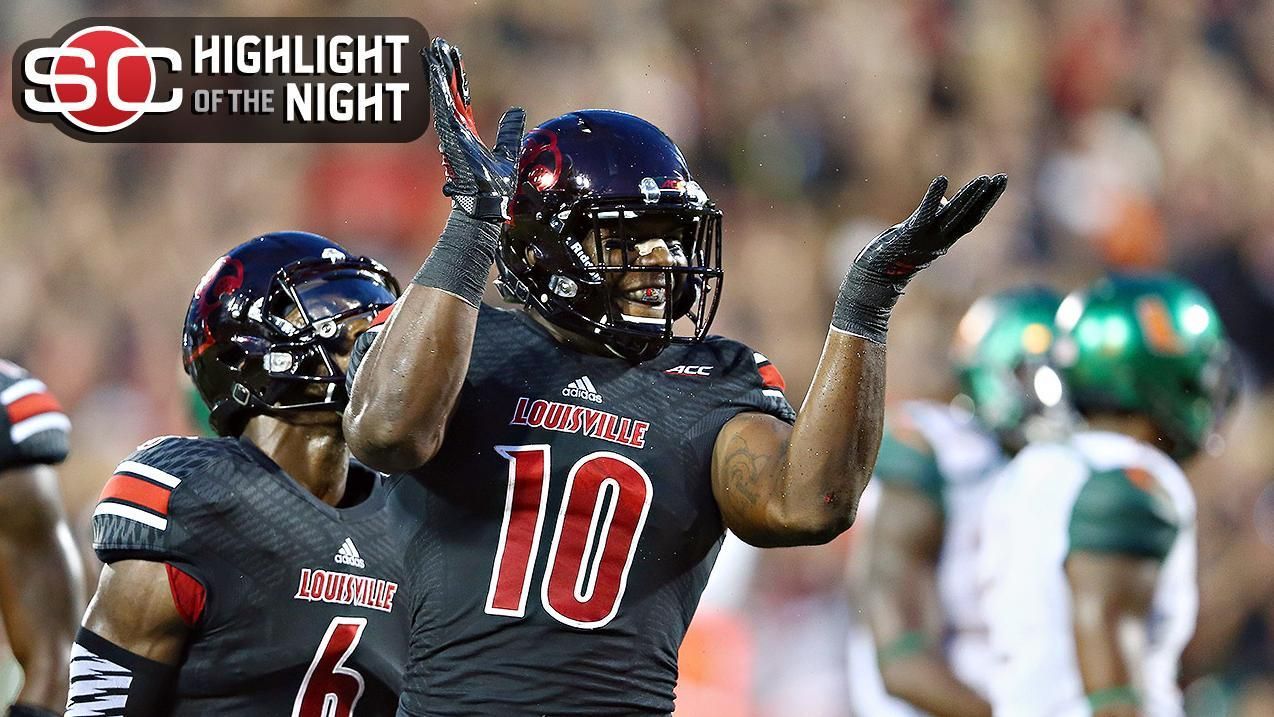 Louisville Wins In Bobby Petrino's Return
SportsCenter Highlight of the Night: Louisville outscored Miami 17-3 in the second half en route to the 31-13 win.

Louisville Wins In Bobby Petrino's Return
SportsCenter Highlight of the Night: Louisville outscored Miami 17-3 in the second half en route to the 31-13 win.