Mark Cuban criticizes refs during game vs. Warriors via Twitter 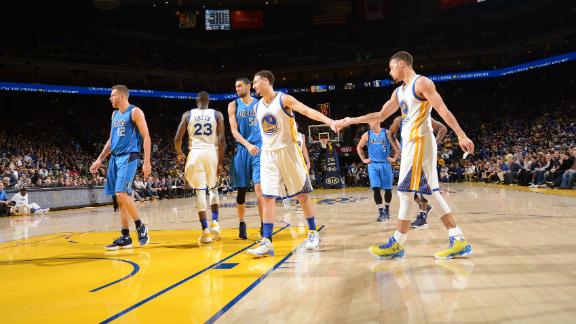 OAKLAND, Calif. -- Mark Cuban has been famously outspoken with criticism of officiating during his tenure as owner of theDallas Mavericks, but his real-timeripping of a referee Friday night was a first for him.

Cuban fired off a critical tweet after Mavs center Salah Mejri was called for a travel in the second quarter of a 128-120 loss to the Golden State Warriors.

Cuban, who did not travel with the Mavs on the four-game road trip, followed up with a tweet that criticized the NBA's referee management team.

Cuban, who has paid seven figures worth of fines from the NBA office for criticizing officiating over the years, also tweeted several times on the topic after the Mavs' loss Wednesday to the Portland Trail Blazers.