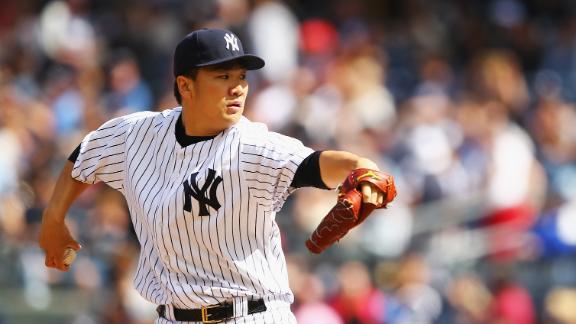 NEW YORK -- Mark Teixeira, who missed three games this week because of inflammation in his surgically repaired right wrist, had to come out of the New York Yankees' win over the Minnesota Twins on Saturday after experiencing more soreness in the same wrist.

Teixeira was pulled for a pinch hitter in the fifth inning after striking out and grounding out in his first two plate appearances.

Brian Roberts pinch hit for Teixeira, and the Yankees moved Kelly Johnson from third base to first base to take Teixeira's place.

The Yankees had just gotten Teixeira back in the lineup Friday night after he missed the entire three-game series in St. Louis. Teixeira spent Thursday's off day meeting with Dr. Keith Raskin, the surgeon who operated on the wrist last year.

Teixeira originally hurt the wrist in 2013 during spring training, and missed all but 15 games last season.