Martavis Bryant on Big Ben: 'Happy he issued out the challenge' 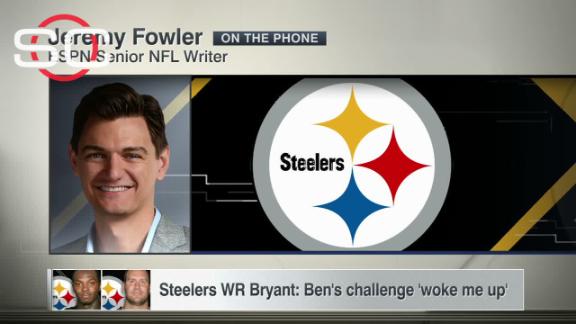 The Pittsburgh Steelers wide receiver is not backing down from his quarterback's public challenge to "toughen up" entering Saturday's AFC wild-card matchup with the Cincinnati Bengals.

"I'm happy he issued out the challenge," Bryant said. "I accept it."

On his weekly radio show with 93.7 The Fan Pittsburgh, Roethlisberger said Bryant has to "get tough, and you've got to make tough plays and you've got to make tough catches." Roethlisberger said the comment was made out of love, and he reiterated that stance Wednesday in the locker room, emphasizing he's trying to maximize the potential of a talented receiver.

"Nothing more than just a challenge," Roethlisberger said.

After 48 catches, 759 receiving yards and seven touchdowns (one rushing) in his first nine games of 2015, Bryant struggled in his final two, with a combined two catches for 6 yards, dealing with an illness during Week 17 and leaving the game against the Cleveland Browns in the first quarter after hurting his neck.

From his locker Wednesday, Bryant spoke with eagerness to get back on the field and said Roethlisberger loves him like a big brother.

"If he feels you need to step up your game, it's his job to call you out," Bryant said of his quarterback. "I'm happy he did it. It woke me up. I'm ready to work ... He wants to see me be great."

Bryant said he plans to "regenerate," focusing on what he used to do, which is catch touchdowns and keep opposing defensive backs honest.

Even after the four-game scoring drought, Bryant still has 15 touchdowns in 21 career games while averaging 17.3 yards per catch.

What happens if Cincinnati plays press coverage on him?

"Take advantage of it, like I always do," Bryant said.

Defensive end Cam Heyward said the Steelers expect a lot out of each other.

"We're all trying to win here - we're not worrying about feelings," Heyward said. "He's our leader. I support him in whatever decision he makes. He's been there. He's won two Super Bowls. You've really got to buckle down and listen to a guy like that." 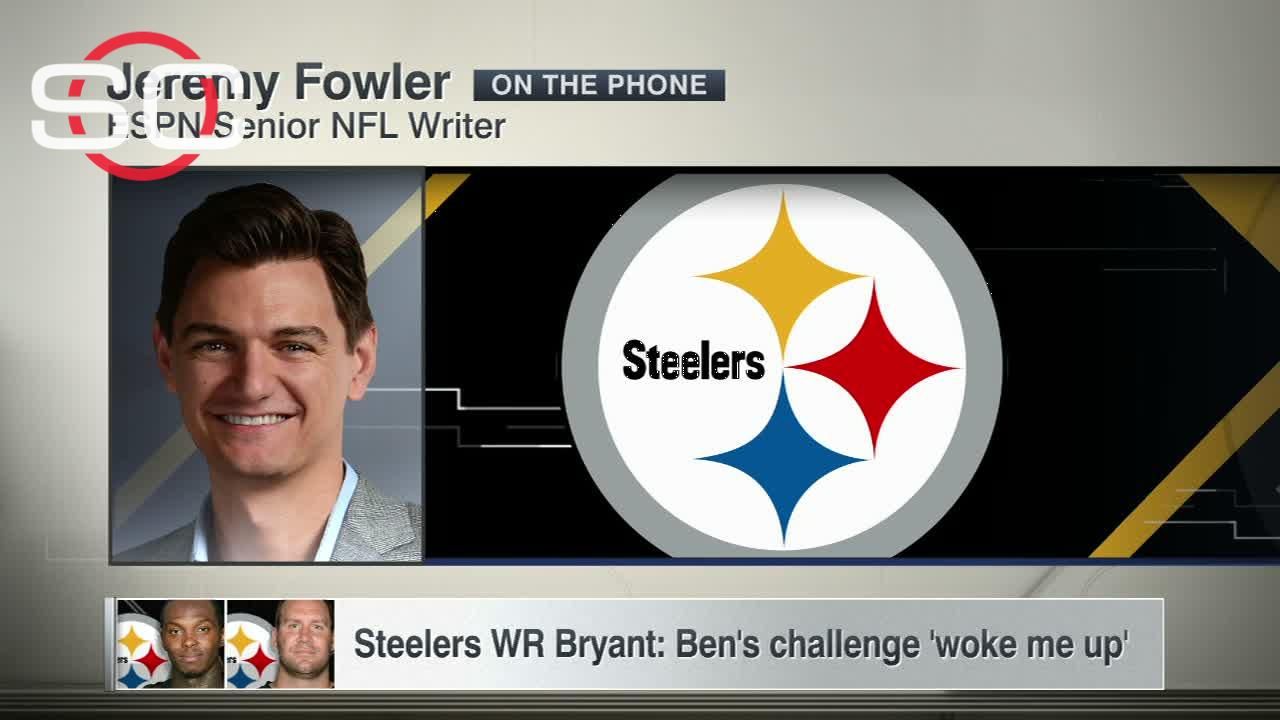