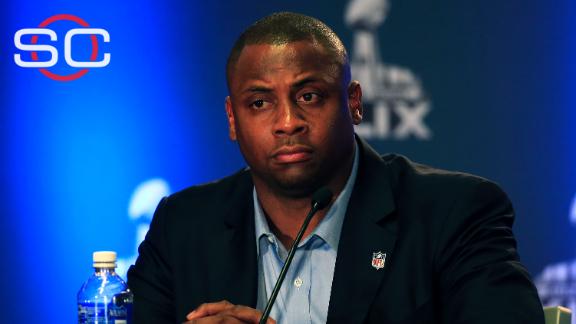 Criticizing the NFL Players Association's recent strategy of going through the court system to challenge commissioner Roger Goodell's ability to suspend players, NFL executive Troy Vincent said "millions and millions of dollars" could have been better spent on players who desperately need it.

In an interview with ESPN.com's Ashley Fox, Vincent alluded to high-profile cases involving Tom Brady, Adrian Peterson, Ray Rice and Greg Hardy, all of whom appealed harsh penalties levied against them by Goodell and the league office.

"Look at the amount of money being spent on legal fees for a handful of people," said Vincent, the NFL's executive vice president of football operations. "It's millions and millions of dollars, and we've got players that are hurting. We've got young men who don't know how to identify a good financial adviser. Men are in transition who aren't doing well, and yet $8-10 million a year is spent in court fees about who should make a decision on someone, who in some cases has committed a crime.

"Think about that logically. Wouldn't it be better to spend our time and resources on the issues that are vital to our players -- past, present and future -- such as the players' total wellness and growing the game together?"

George Atallah, theassistant executive director for the NFLPA, took to Twitter to respond to Vincent's comments.

Vincent, who served as president of the NFLPA from 2004 to 2008 and challenged DeMaurice Smith for the executive director role in 2009, also emphasized the importance of the union.

"The union has a role and a function to protect the rights of the player regarding hours, wages and working conditions," he said. "I have an unwavering commitment to the game of football as I did as a union leader. The union continues to have an important role in our game."

In addition, Vincent, whose recommendation of a four-game suspension for Brady in the Deflategate scandal was approved by Goodell, said he does not believe there are other quarterbacks in the league who deflate footballs.

Information from ESPN.com's Ashley Fox was used in this report.