A Philadelphia police officer who survived an ambush in his patrol car in January had a special role in the Phillies home opener.

Jesse Hartnett was shot in his left arm, which was still in a sling, as he threw out one of the ceremonial first pitches Monday afternoon.

He received a standing ovation. 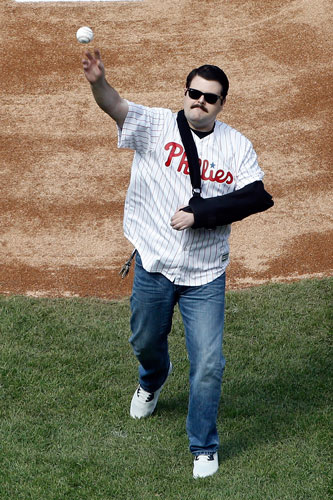 She said yes, and sealed the deal with a kiss.

Hartnett said he had been planning this for about a month.

Congratulations to hero Officer Jesse Hartnett on throwing out the first pitch @Phillies and for proposing to your girlfriend...well played.

"It was kind of thrilling. It's a once in a lifetime experience to go out there and I wanted to utilize that time as best that I could; it was wonderful," Hartnett told Action News.