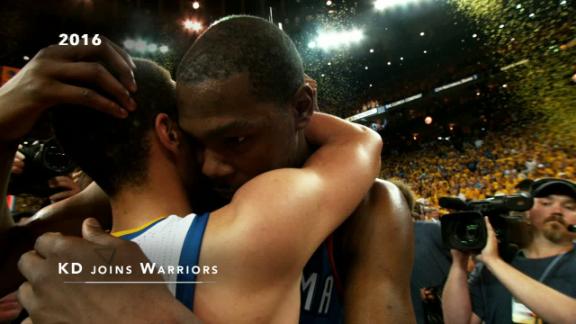 Oklahoma City was left stunned and is in a bit of a panic after the departure of free agent andThunderstar Kevin Durant to the Golden State Warriors, longtime mayor Mick Cornett told ESPN Radio's Capital Games podcast.

"We're stunned,'' said Cornett, who has been the mayor of Oklahoma City since 2004 and is a former sports reporter in the city. "We had no history. Kevin was our Ernie Banks and Michael Jordan. He's the history. ... We've been spurned by someone we cared deeply about. That's the emotional aspect of it."

Durant, the 2007 national player of the year after one season at Texas, was selected No. 2 overall in the 2007 NBA draft by the Seattle SuperSonics, who then moved to Oklahoma City in 2008.

Durant was the NBA Rookie of the Year and went on to be NBA MVP in 2014. He also was a seven-time All-Star selection, Olympic gold medalist (2012) and led the Thunder to the NBA Finals in 2012.

In 2013, he donated $1 million to the American Red Cross after a devastating tornado in Moore, Oklahoma.

On Monday, Durant announced he was leaving for the Golden State Warriors, who erased a 3-1 deficit to beat the Thunder in the Western Conference finals. Durant, a free agent, reportedly will sign a two-year, $54.3 million deal with a player option after the first season.

"[Durant] took on being an almost incredible figure in the city,'' Cornett said. "If you said you're from Oklahoma City, they're likely to say Kevin Durant or they're likely to say OKC Thunder. He put us on the map. It's not all him -- (owner) Clay Bennett and (GM) Sam Presti have orchestrated an incredible franchise here -- but he was the face of the franchise both here locally and worldwide.''

Cornett said it was hard to put into numbers the financial impact that Durant had on the city.

"He meant so much in ways it's impossible to quantify,'' Cornett said. "If you were a CEO in OKC and you were hiring from the East or West Coast 10 years ago, you might have said Oklahoma City isn't culturally relevant.

"But Kevin is a part of the success story for OKC. Kevin was a part of the renaissance. This city has come so far, so fast -- probably further, faster than any city in American history. Kevin was right there along with us. There's a slight sense of panic."

Cornett heaped praise on Durant, but he did say the perception of the superstar has been tainted in the city.

"His image has changed drastically than it was last week because of his decision to join a team of superstars in the NBA,'' Cornett said. "You can't get that back. From the basketball side of it, I don't believe Kevin is going to have the impact on the Warriors that he did on the Thunder. The Thunder could have won next year's championship. But I never got the sense -- and I can't imagine he fooled us for nine years -- that he wanted to leave Oklahoma City."

Cornett made an impassioned plea for fellow All-Star Russell Westbrook to stay. Westbrook can be a free agent in 2017.

"If the Thunder build a team around Russell Westbrook, they could easily do so,'' Cornett said. "But Russell has to buy into that. I don't know if Russell is interested in being the figurehead of the franchise. If Russell were to choose to stay in Oklahoma City -- and in the wake of Kevin's departure -- he would be a larger icon than ever before."

Cornett is confident the Thunder can rebound without Durant.

"I really do put a lot of trust in Clay Bennett and Sam Presti,'' Cornett said. "They want to be good every year and for the long term. The idea that they would trade their best players for draft picks and try to rebuild and get in the lottery ... that's never been the strategy that they've communicated [to me]. They want to compete here and they should." 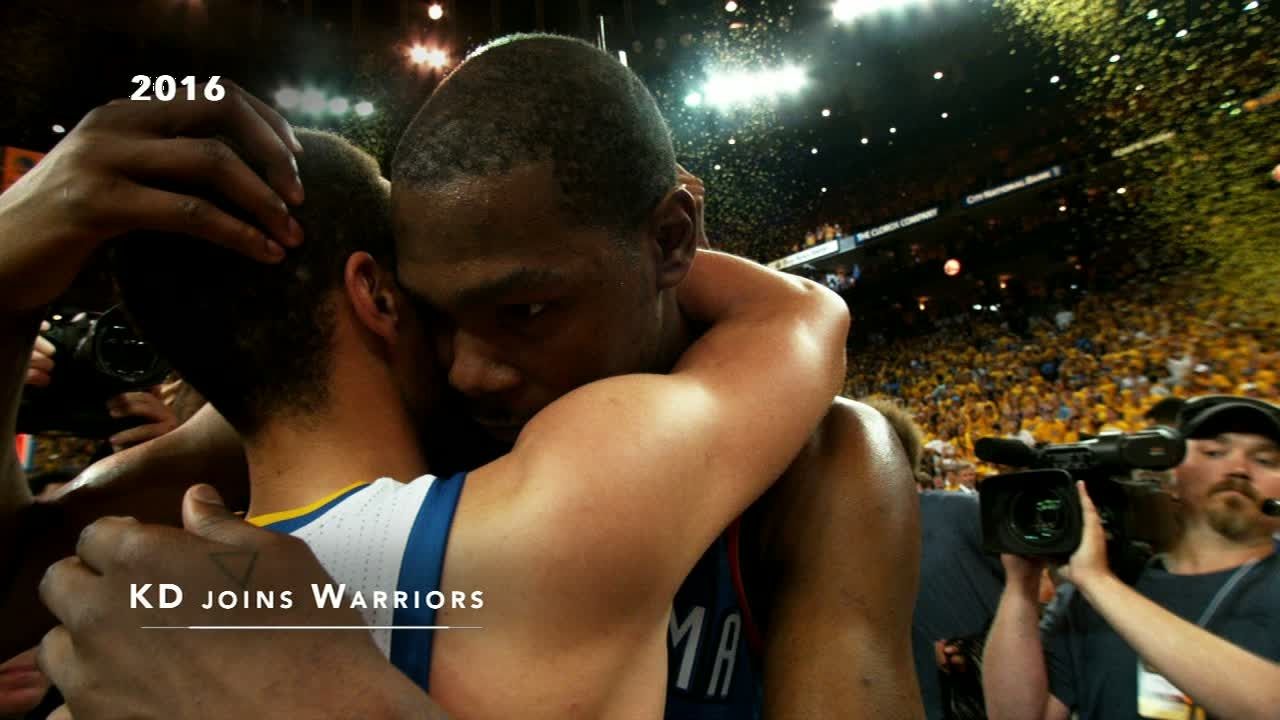