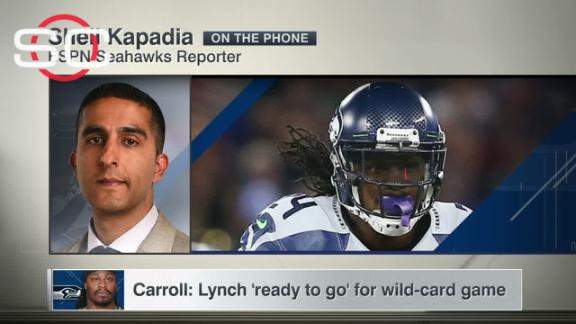 RENTON, Wash. -- Marshawn Lynch returned to the Seattle Seahawkson Monday, and Pete Carroll said he anticipates the running back will start against the Minnesota Vikingsin the wild-card game this weekend.

"He's ready to go," Carroll said. "He's in the program, going, working, and he's going to keep doing his workouts here with us today and tomorrow. And Wednesday, we're going to practice and see how he feels and how far he can take it. He's worked out in incredibly competitive situations. He, physically, should be ready to go, but now we've got to translate it into football and directly to us. I'm not worried about him having any problem with the system or any of that kind of stuff. It's been a while, but he'll be fine. So we'll just see if he can handle it and expect that he will."

Lynch underwent abdominal surgery Nov. 25 and has been rehabbing in San Francisco. He has appeared in seven games this season and has not played since Nov. 15.

Carroll was asked if it's realistic to expect that Lynch will be able to handle a full workload.

"I think so, yeah," he said. "This is similar to the first game of the year, really, is what it would be like. So we don't have any different expectations than that. So we're going in it with the same thought. We've been around him for such a long time that we're going to be able to recognize his movement. That's all we really want to see -- that he can get in and out of his breaks and do the things that he always can do and that he can withstand the workload and all of that."

Carroll stopped short of saying definitively that Lynch will play, but that is clearly the expectation.

"He feels good now," Carroll said. "That's why he's back. He wouldn't be here if he didn't feel like he could go, so he's ready to rock. We'll just have to find out what it looks like. I really think it's going to be just fine. I'm not really worried about it at all." 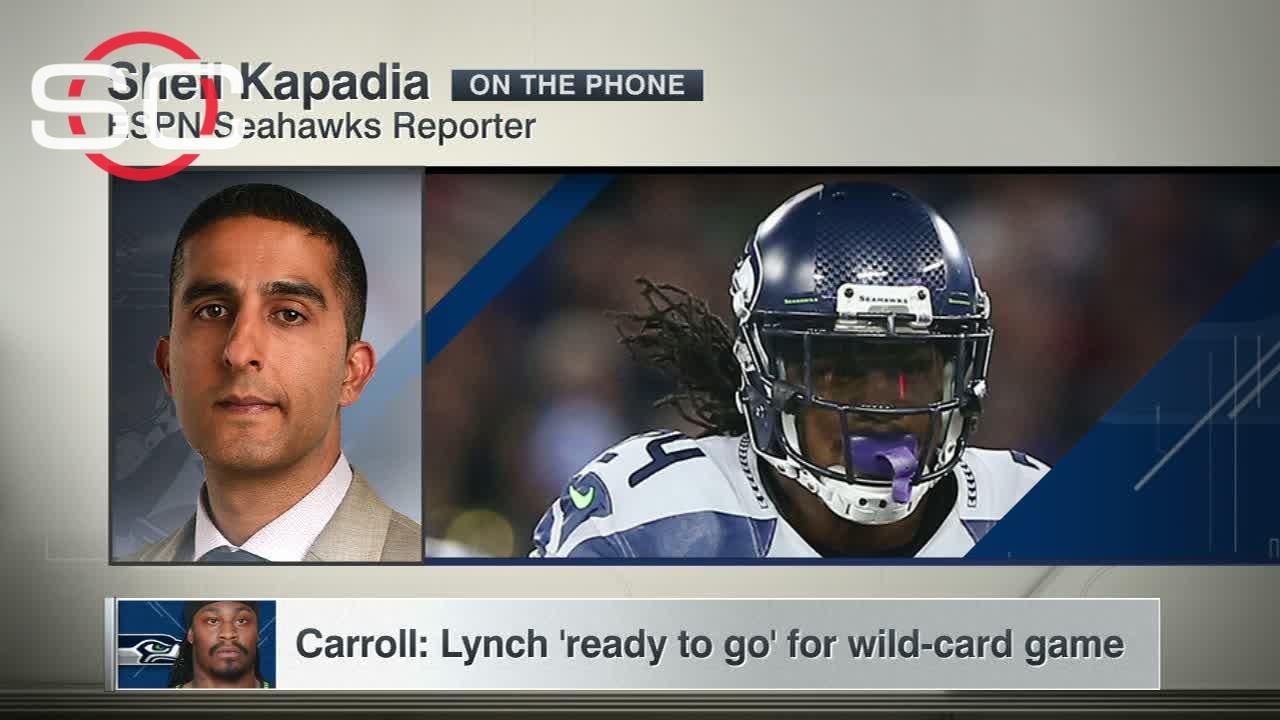