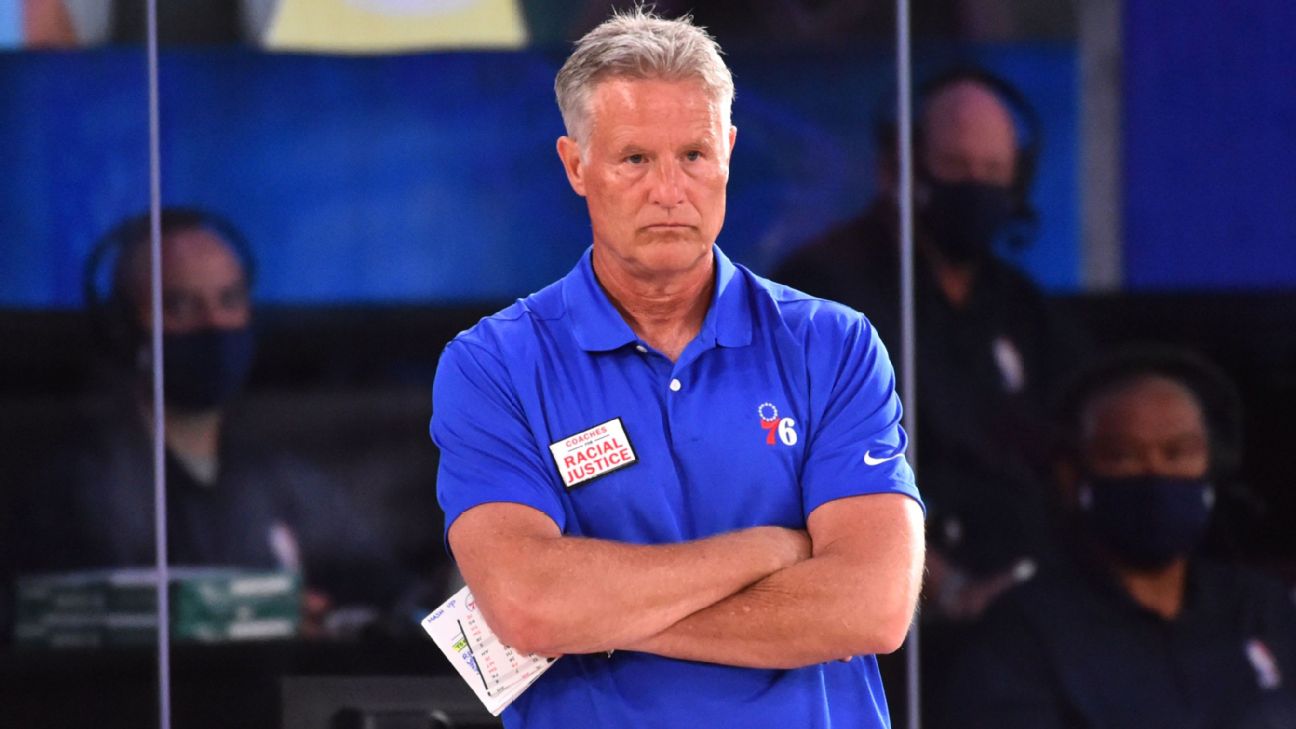 Brown's dismissal is expected to be a precursor for more upheaval for the 76ers, whose senior leadership -- including general manager Elton Brand -- will begin exploring changes in the front-office structure, sources said.


The franchise's plan is that Brand will continue to oversee basketball operations, sources said, but the personnel and structure in the front office is undergoing significant evaluation and change is looming.

Among the Sixers' senior leadership, there's still a strong desire to keep the franchise's two young All-Stars -- Joel Embiid and Ben Simmons -- together, sources said. The Sixers are determined to let a new coaching staff search for ways to maximize Embiid and Simmons playing together before even entering into a discussion on trade scenarios.

Brand met with Brown on Sunday night in Orlando, Florida, and conducted exit interviews with players before traveling back to Philadelphia on Monday afternoon after the Boston Celtics completed a four-game sweep in the Eastern Conference first-round series. This was the 76ers' third straight playoff appearance under Brown, but the loss of Simmons in the seeding games to a knee injury and surgery was a significant blow to their playoff chances.

Brown is still owed several million dollars on the remainder of his contract.

"I have a tremendous level of respect for Brett both personally and professionally and appreciate all he's done for the 76ers organization and the City of Philadelphia," Brand said in a statement. "He did many positive things during his time here, developing young talent and helping position our team for three straight postseason appearances.

"Unfortunately, we fell well short of our goals this year and I believe it is best to go in a new direction. This will be an important offseason for us as we look to get back on track towards our goal of competing for an NBA championship."


The Sixers' plan for a head coach will focus onLA Clippers assistant Ty Lue, sources said. Lue won a championship in 2016 as theCleveland Cavaliers' head coach, and his ability to challenge and command the respect of high-level players makes him attractive to the Sixers -- and others -- in this job market.

The search is expected to expand beyond those two candidates, but Lue fits the profile of an extremely limited pool of candidates with playoff and championship experience who have had success coaching high-profile stars.

Brown is a well-respected figure inside and outside the organization and credited with shepherding the franchise through the darkness of "The Process" and eventually into Eastern Conference playoff contention. After seven seasons on the job, there was a sense that the organization had gone as far as it could with Brown -- a decision that he privately expected his superiors to reach short of a deep playoff run, sources said.

"In 2013, I was employed to lead one of the most dramatic rebuilds in professional sports history," Brown said in a statement. "In the past seven years, our players and coaches have evolved and grown, and I have deep appreciation for the 102 players I have coached."


Brown also thanked the ownership group, former GM Sam Hinkie and Brand before wishing the franchise well in their "pursuit of an NBA championship."

The Sixers reached the Eastern Conference semifinals in 2019, losing on a Game 7 buzzer-beater in overtime to the eventual NBA champion Toronto Raptors.

The 76ers made dramatic roster moves in the past two years -- including acquiring and then moving All-Star Jimmy Butler to Miami -- and have a payroll and luxury-tax bill projected to be among the highest in league history for 2020-2021. 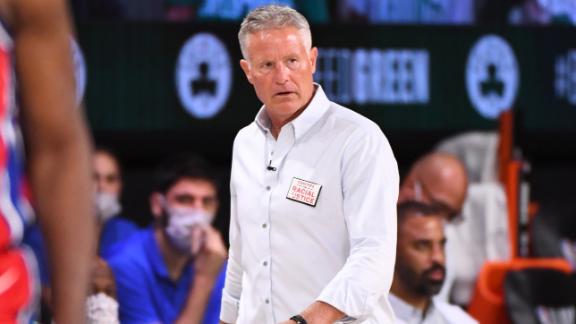 What does Brown's firing mean for 76ers' front office?
Adrian Wojnarowski says Elton Brand is going to continue to oversee basketball operations, but the 76ers are expected to explore changes to their front office after firing coach Brett Brown. 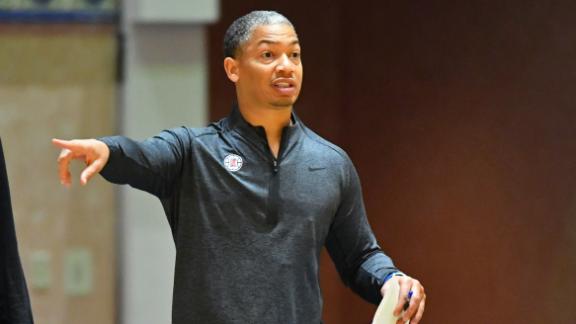 Could Ty Lue be next 76ers coach?
Adrian Wojnarowski says the 76ers will look closely at Tyronn Lue for their coaching vacancy and also names Villanova coach Jay Wright as someone Philadelphia is interested in. 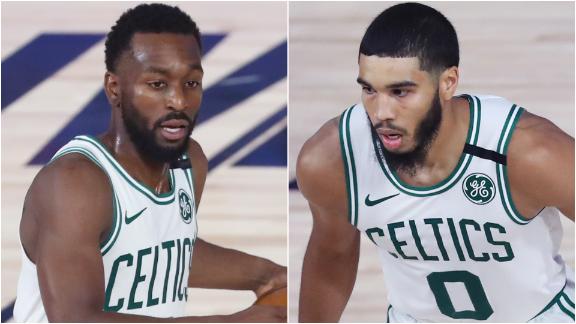