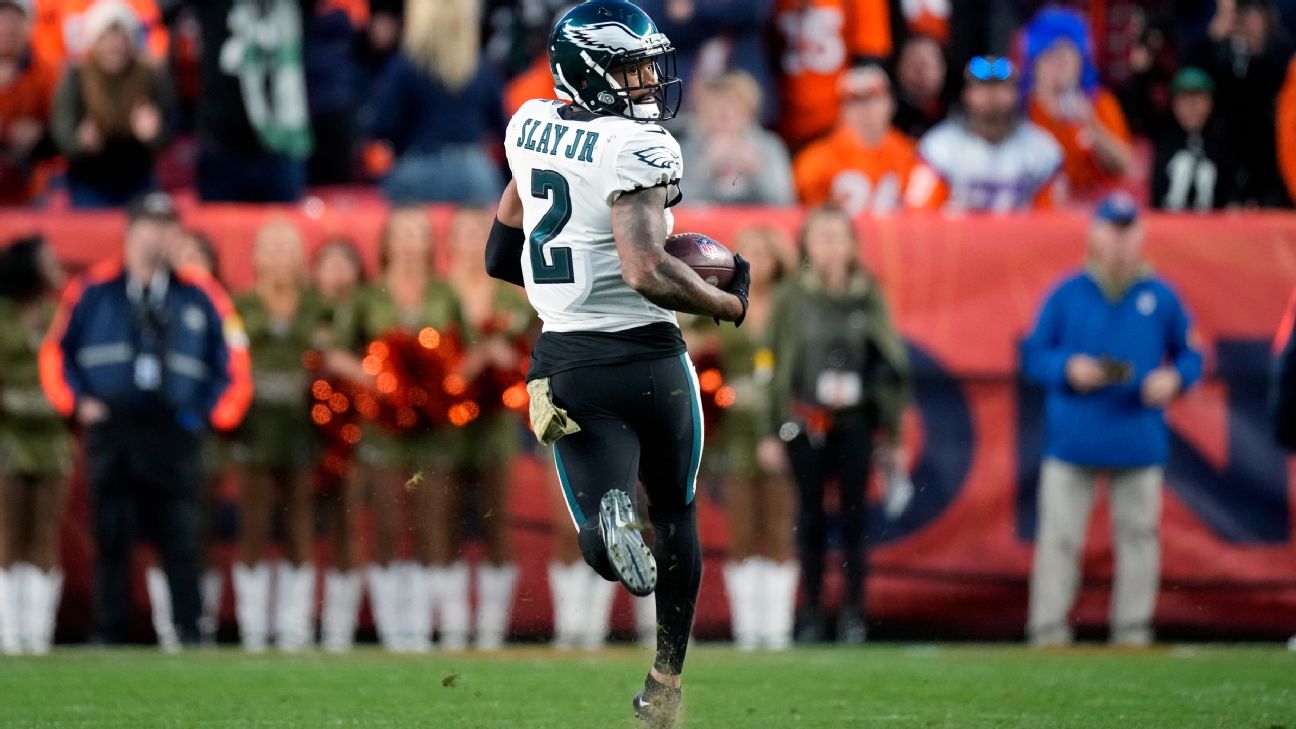 DENVER --Philadelphia Eagles cornerback Darius Slay was joking all week that he could produce as a wide receiver.

He showed off his yards-after-the catch ability with an 82-yard fumble return for a touchdown late in the third quarter Sunday. Slay scooped up a fumble byDenver Broncos running back Melvin Gordon, bobbled it, broke right, then bounced it back and found a crease down the left side


It was the longest defensive touchdown for the Eagles since 2015 Week 17 against theNew York Giants.

Quarterback Jalen Hurts found Smith, who turned 23 on Sunday, for a 36-yard touchdown in the right corner of the end zone late in the first quarter to give Philadelphia a lead over Denver. CornerbackPatrick Surtain II was tight in coverage, but Smith showed good body control as he leapt to secure the catch. He now has touchdowns in back-to-back games.


Smith had 0.7 yards of separation on the TD pass. That's the second-least distance of separation on a passing touchdown in Hurts' career and only his third career tight-window touchdown, according to research by ESPN Stats & Information.