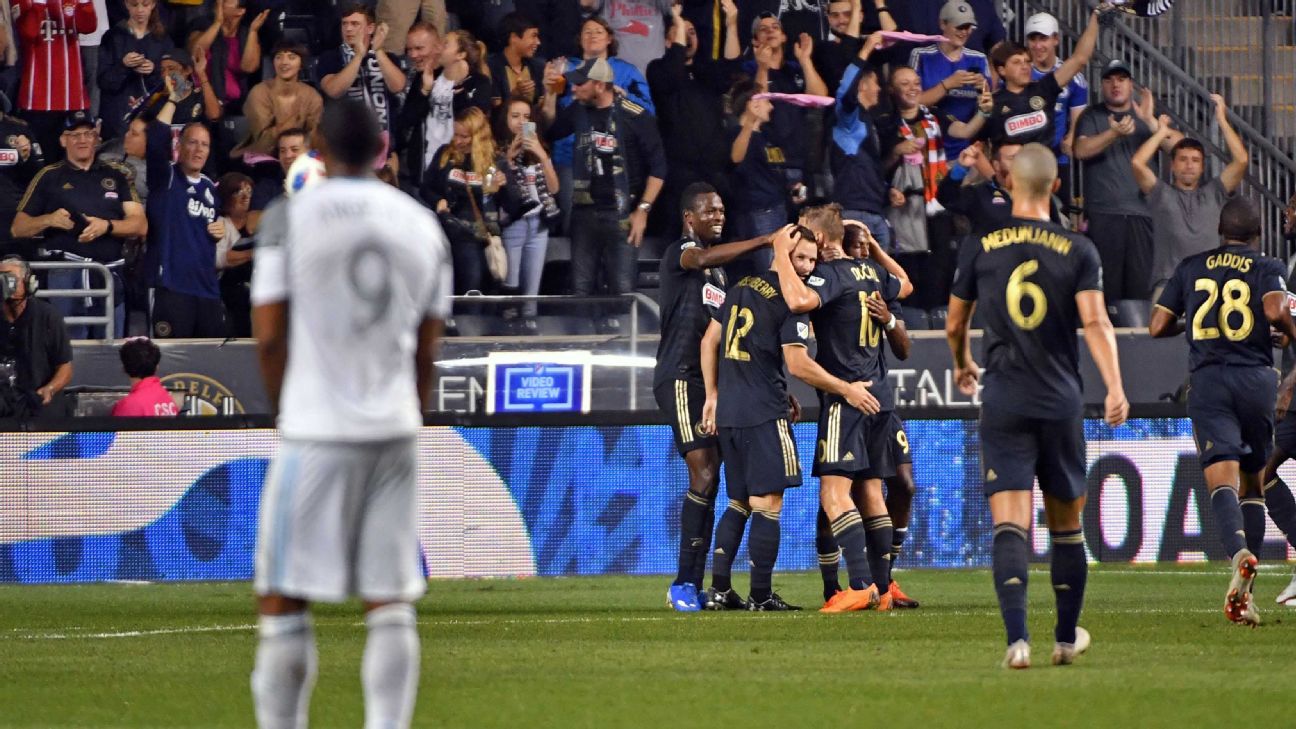 Fabrice-Jean Picault scored a pair of first-half goals as the Philadelphia Union cruised to a 5-1 victory Saturday over visiting Minnesota United FC to clinch a berth in the MLS playoffs.

The Union (15-12-5, 50 points) advanced to the playoffs for the second time in the past three seasons and the third time in the club's history and also moved past the Columbus Crew, who lost earlier Saturday, and into fourth place in the Eastern Conference standings.

Minnesota (11-17-3, 36) saw its three-match unbeaten streak come to an end and was officially eliminated from playoff contention. The Loons' struggles on the road continued as they fell to 1-13-2 away from home this season.

It was all Philadelphia from the start as the Union scored four times in the first half, creating a miserable time for Minnesota goalkeeper Bobby Shuttleworth, who faced 12 shots in the opening 45 minutes.

Cory Burke got the scoring started for Philadelphia in the eighth minute when he beat defender Michael Boxall for a ball at the top of the box and was able to bend a shot around defender Brent Kalllman and off the right hand of a diving Shuttleworth. The goal, assisted by Borek Dockal, was Burke's ninth of the season.

Captain Alejandro Bedoya scored the second Philadelphia goal in the 17th minute, redirecting a centering pass from Keegan Rosenberry and past Shuttleworth, who was moving away from Bedoya's shot. The goal was the third of the season for Bedoya, and Dockal also drew an assists, giving him an MLS-high 17 this year.

Picault scored his first goal in the 23rd minute, taking a pass up the middle of the field from Rosenberry and scoring off the right foot of Shuttleworth.

Picault's second goal, and team-leading 10th of the season, came in the 44th minute as he was able to bend a shot around defender Jerome Thiesson.

Minnesota scored in the 54th minute when midfielder Darwin Quintero delivered off a give-and-go with Angelo Rodriguez for his 11th goal of the season.

Substitute Ilsinho capped the scoring for Philadelphia with a goal from outside the box in the 80th minute. It was his sixth of the season.