Phillies' McCutchen has torn ACL, out for season 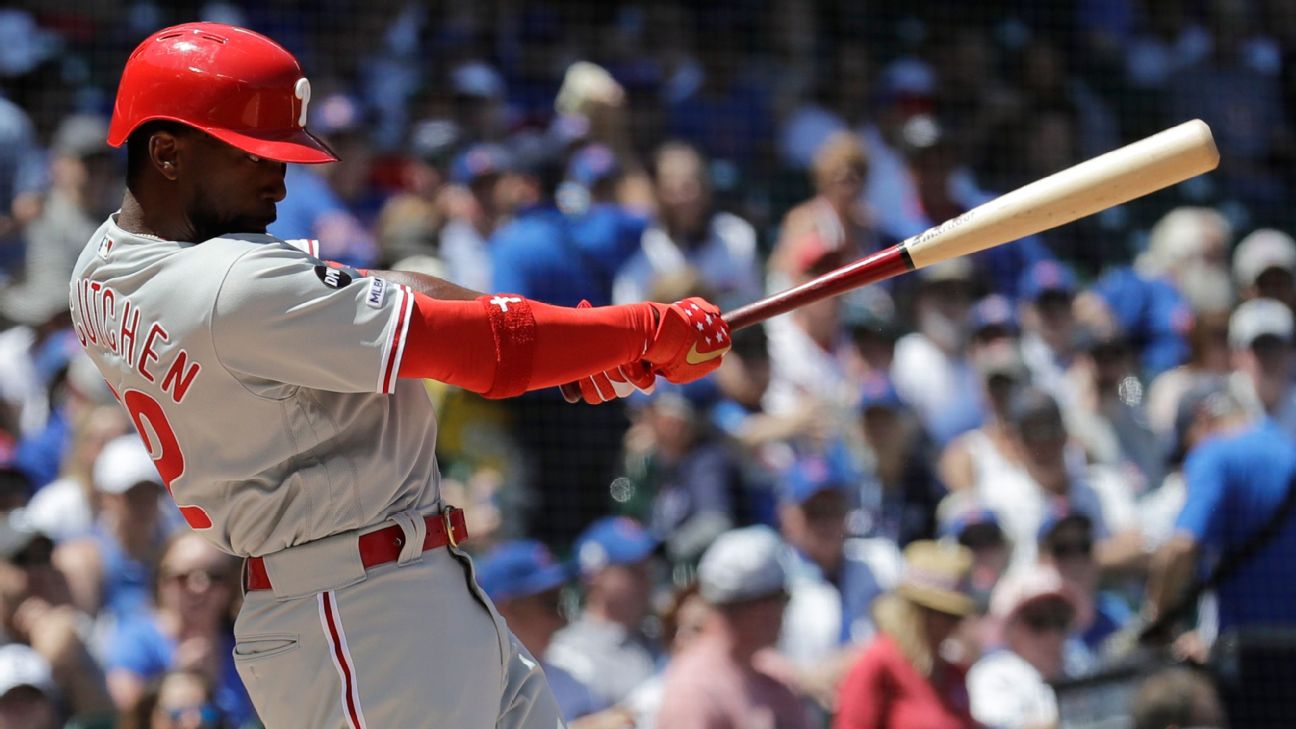 SAN DIEGO -- Andrew McCutchen tore his ACL in a rundown and will miss the rest of the season, causing the NL East-leading Philadelphia Phillies to again reshuffle their outfield.

McCutchen hurt his left knee during Monday night's game against San Diego and an MRI revealed the injury.

"It's not the news I wanted to hear," McCutchen said Tuesday.

McCutchen said he hopes to be OK for opening day next season. Manager Gabe Kapler said he didn't have the date for McCutchen's surgery.

McCutchen had been on the injured list only once before, back in 2014 when he starred for Pittsburgh.

"It's really disappointing. Andrew has not just been a catalyst at the top of the lineup but also in our clubhouse," Kapler said.

"Even at the outset of the season when he wasn't as productive as he has been recently, he was still a really good baseball player for us. He got on base consistently and did the job of seeing pitches and setting the tone for the rest of the lineup. He's a weapon for us because he can play center field and left field, is a very aggressive baserunner and through the entire season he has unquestionably been one of our better players. So it is a loss."

The injury came a week after Phillies outfielder Odubel Herrera was put on administrative leave by Major League Baseball, a day after his arrest on a charge of assault in a domestic violence case at a casino in Atlantic City, New Jersey. Herrera's leave has since been extended through June 17; he cannot play until MLB lifts the restriction.

Last weekend, the Phillies acquired outfielder Jay Bruce in a trade with Seattle. Bruce was expected to fill the role as a left-handed hitter off the bench, and get some time in the outfield.

The Phillies also called up Adam Haseley from the minors. The 23-year-old was set to start in center field against the Padres on Tuesday night in his major league debut.

Haseley was hitting a combined .275 with seven home runs and 23 RBIs at Triple-A Lehigh Valley and Double-A Reading.

"Adam is going to have a chance to play regularly. He's proven at the minor league level he is ready for this. It's not a finished product there, is still work to be done.".

Kapler said star outfielder Bryce Harper "is not an option in center field." Harper played there in the past with Washington, but has only been in right field since joining the Phillies this season.

McCutchen started 59 of the Phillies' 60 games this year, batting leadoff in all of them. He played left field more than center.

As for who would take over the top spot in lineup, Kapler said: "We are going to let this sink in a little bit. We have some options.

"Bryce Harper has hit leadoff in the past, Cesar Hernandez has been a very successful leadoff hitter in the past and Scott (Kingery) has been so good that he should be a consideration against some pitching as well."

McCutchen drew a leadoff walk in the first inning Monday and Jean Segura followed with a popup that second baseman Ian Kinsler let drop. Kinsler threw to first to get Segura, and McCutchen was hurt as he tried to elude the tag getting back to first.

"So I was optimistic with that. But I also knew there was a chance it could be something more," he said, adding, "anticipation is always the hardest thing. Now that I got the news today I can be a little more at peace about it." 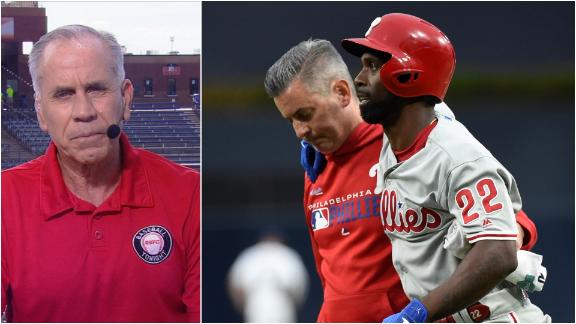