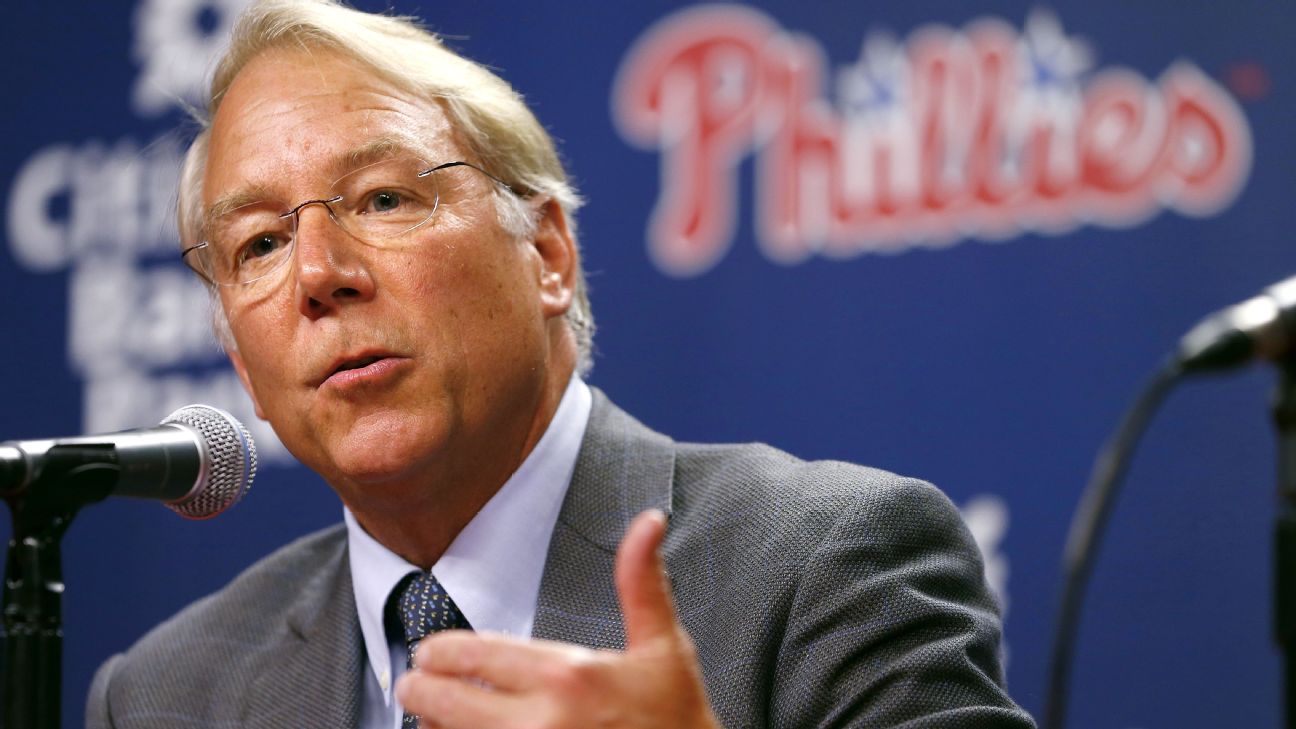 As for adding someone like outfielder Bryce Harper or third baseman Manny Machado, he's not fueling any speculation.

"There's been no shortage of brainpower devoted to trying to size up players that are available to us and what they bring," MacPhail said. "We are uniquely poised right now because they are some great talents out there. They could go to any club and make a significant difference."

MacPhail said the goal is to win immediately and set up the Phillies to have a long window to compete for championships.

"[Owner] John Middleton wants to win, all of our ownership group wants to win," MacPhail said. "Really, for that matter, all 29 different owners want to win.

"I think the thing that separates John is that if we won this year, he'd want to win just as much next year and the year after that. That why it's important to us to make sure we have enough resources to address future as they evolve from year to year to year."
Report a correction or typo
Related topics:
sportsespnmanny machadomlbphilsfree agencyphiladelphia philliesandy macphailfree agentbryce harper
Copyright © 2021 ESPN Internet Ventures. All rights reserved.
TOP STORIES
Philadelphia Union ravaged by COVID-19 crisis ahead of Eastern Conf...
DOUBLE HOMICIDE: Two victims gunned down in North Philadelphia
POLICE: Infant stabbed to death in Penns Grove, New Jersey
Hit-and-run crash leaves a man dead in North Philadelphia
Homeowners burn down house in attempt to get rid of snakes
AccuWeather: Clouds, Some Sun
Parents charged in school shooting arrested, plead not guilty
Show More
Omicron variant seems like weaker cousin to Delta, doctor says
2 dead after stabbing in Delaware; suspect caught after car crash
1st case of omicron variant detected in New Jersey
NJ family in shock after ice crashes through home
Philadelphia resident tests positive for Omicron variant
More TOP STORIES News