Richard Sherman: Seahawks 'last ones to get the middle finger' from NFL 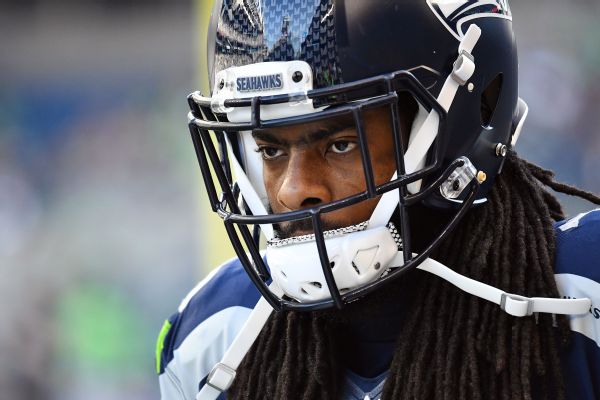 "Poopfest. It's terrible," Sherman said. "We got home like 1 o'clock in the morning, something like that, on Monday, and then you've got to play again. Congratulations, NFL, you did it again. But they've been doing it all season, so I guess we're the last ones to get the middle finger."

The Seahawks visited the Green Bay Packers on Sunday. They host the Los Angeles Rams at home on Thursday.

Sherman said his body will likely be only 50 to 60 percent recovered by the time the Seahawks have to play again.

He has taken the league to task on a number of things this season, but he said Thursday-night games are among the top five issues he has with the NFL.

"Because it's just no regard," Sherman said. "It's hypocritical, as I've stated before. They make this huge stance about player safety. Then you put the players in tremendous danger.

"We'll be well-aware come the next CBA negotiations about things like this. There's really not much you can do right now. It's part of the revenue, etc., etc. And the league probably has something else up their sleeve. They might have a Friday-night game planned. Who knows?"