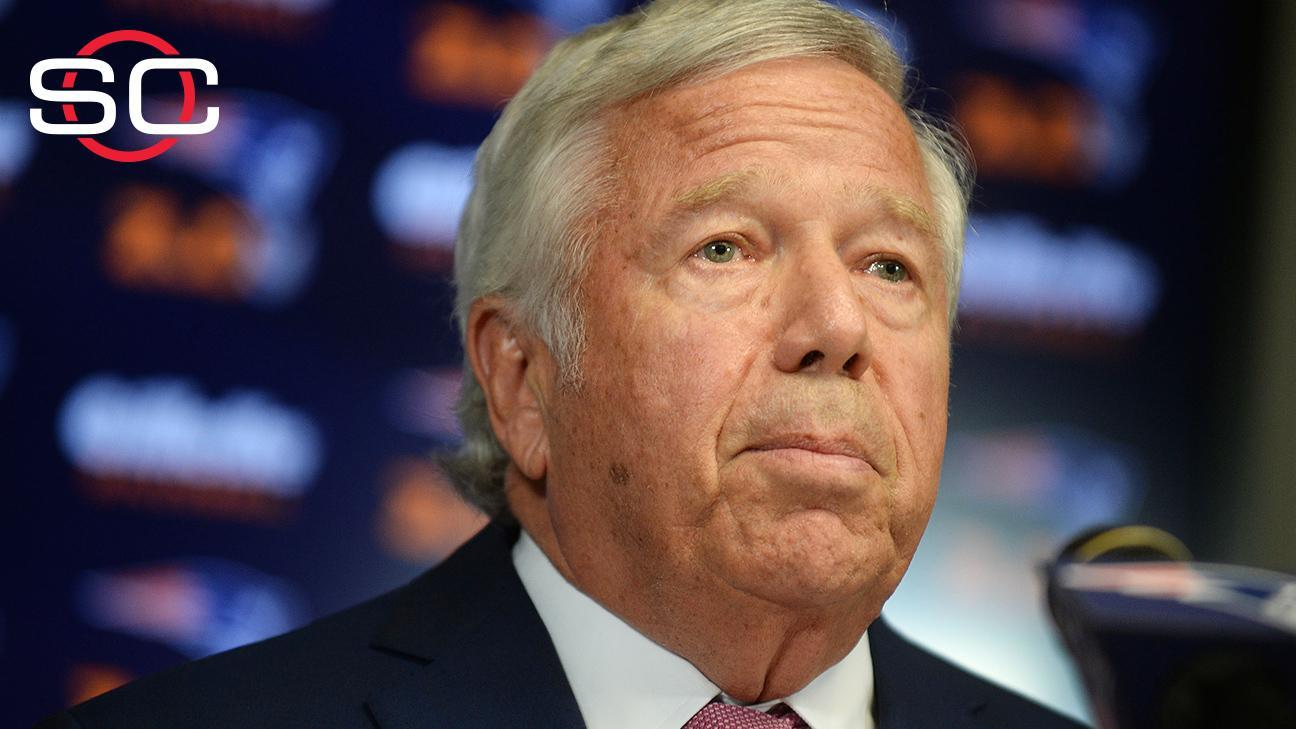 "I was wrong to put my faith in the league," Kraft said, noting that in doing so he felt it would help exonerate Brady.

"Six months removed from the AFC Championship Game, the league still has no hard evidence of anybody doing anything to tamper with the psi levels of footballs. I continue to believe and unequivocally support Tom Brady."

"I, first and foremost, need to apologize to our fans because I truly believe what I did in May -- given the actual evidence of the situation, and the league's history on discipline matters -- would make it much easier for the league to exonerate Tom Brady. Unfortunately I was wrong," he said.

"I've come to the conclusion that this was never about doing what was fair and just. Back in May, I had to make a difficult decision that I now regret."

Kraft then ripped the league's investigation, calling it "extremely frustrating and disconcerting." Kraft referenced an ESPN report that stated 11 of the 12 Patriots footballs measured at halftime were significantly under the required range of 12.5 psi to 13.5 psi.

"I will never understand why an initial erroneous report regarding the psi level of footballs was leaked by a source from the NFL a few days after the AFC Championship Game, and was never corrected by those who had the correct information. For four months, that report cast aspersions and shaped public opinion," he said.

Kraft also took issue Wednesday with the way the NFL communicated the news that commissioner Roger Goodell decided to uphold Brady's four-game suspension on appeal. The NFL's case in New York has been assigned to Judge Richard M. Berman, who's directed the NFLPA to respond to the initial filing by Aug. 13. At the time the union responds, Berman said he would schedule a conference with the sides.

In particular, Kraft was upset by the league's emphasis on the idea that Brady destroyed his cellphone.

"Yesterday's decision by commissioner Goodell was released in a similar manner, under an erroneous headline that read, 'Tom Brady destroyed his cellphone.' This headline was designed to capture headlines across the country and obscure evidence regarding the tampering of air pressure in footballs.

"It intentionally implied nefarious behavior and minimized the acknowledgement that Tom provided the history of every number he texted during that relevant time frame. We had already provided the league with every cellphone of every non-NFLPA employee that they requested, including head coach Bill Belichick."

Kraft did not answer questions, and said he will not talk about the matter until after the legal process plays out, while advising everyone in the organization to do the same.

Brady, who released a statement on his personal Facebook page Wednesday, is not scheduled to hold a news conference.

"Tom Brady is a person of great integrity and is a great ambassador of the game, both on and off the field," Kraft said. "Yet for reasons that I cannot comprehend, there are those in the league office who are more determined to prove that they are right rather than admit any culpability of their own or take any responsibility for the initiation of a process and ensuing investigation that was flawed."

Kraft also appeared to fire a direct salvo at NFL general counsel Jeff Pash, who was a league-based reference for investigator Ted Wells in producing the multimillion-dollar report that was used as the foundation to penalize the Patriots.

"I have often said, 'If you want to get a deal done, sometimes you have to get the lawyers out of the room.' I had hopes that Tom Brady's appeal to the league would provide Roger Goodell the necessary explanation to overturn his suspension. Now the league has taken the matter to court, which is a tactic that only a lawyer would recommend," Kraft said.

Brady's agent, Don Yee, told ESPN's Ed Werder on Wednesday that he believes the timing of Brady's meeting with the Wells investigators and the destruction of his cellphone was coincidental. The league never asked for the phone itself, only the information it contained, Yee said.

Yee also said that Brady cycles through cellphones often, something a close friend of Brady also asserted in an interview with ESPN.

"The period they're looking for [information on the phone] is Sept. 1, 2014 to Feb. 28, 2015. By that time, Tom had cycled through phones," Yee told ESPN. "I don't think he can even recall how many. We happened to find one phone, one old phone and we conducted a forensic search of that phone that covered the September to November time period. That phone was actually only in use for four weeks, which kind of demonstrates how often he cycles through phones. One reason he cycles through phones frequently is given his notoriety, we have always been fearful of him losing his phone in an airport or restaurant, etc. So he has made a regular habit of deleting all emails and texts as well as cycling through phones. He, however, keeps one phone billing account tied to a single number."

The upholding of Brady's punishment is an outcome Kraft said he didn't think was possible when he accepted the league's penalties in May. He said Wednesday that it is routine for discipline in the NFL to be reduced on appeal, even when there is evidence of an infraction.

"I tried to do what I thought was right. I chose not to take legal action. I wanted to return the focus to football," he said.

"I have been negotiating agreements on a global basis my entire life, and I know there are times when you have to give up important points of principle to achieve a greater good. I acted in good faith and was optimistic that by taking the actions I took, the league would have what they wanted.

"I was willing to accept the harshest penalty in the history of the NFL for an alleged ball violation, because I believed it would help exonerate Tom.

"Given the facts, evidence and laws of science that underscore this entire situation, it is completely incomprehensible to me that the league continues to take steps to disparage one of its all-time great players and a man for whom I have the utmost respect.

"Personally, this is very sad and disappointing to me."

Belichick took the podium after Kraft, but the coach refused to discuss Brady's situation, answering repeated questions on the matter by saying, "It's already been addressed."

The NFLPA filed motions Wednesday on Brady's behalf challenging the decision to uphold the suspension. The case was filed in U.S. District Court in Minnesota and assigned to U.S. District Court Judge Richard Kyle. The union had hoped for Judge David Doty, who historically has ruled in favor of players in labor cases against the NFL.

"We as a union are going to fight it," said Steelers guard Ramon Foster, the team's player rep. "That's what we're supposed to do as a union is fight those types of things so he's given every opportunity as a player."

The NFL told Brady that if he acknowledged that Patriots ball attendants Jim McNally and John Jastremski were doing something illegal, and if he acknowledged that he didn't cooperate with the league, the NFL would be willing to reduce his suspension to two or maybe even one game, a source told ESPN's Adam Schefter. Brady declined to agree to the offer, which as one source said, "tells you how Tom feels about this case."

Attorney John M. Dowd, the investigator and author of the report that led Major League Baseball to ban Pete Rose, weighed in Wednesday and said Brady was "ambushed" by Goodell and that the "entire NFL disciplinary process lacks integrity and fairness."

"The record of the Wells investigation shows that this cellphone was not an issue or charge below. Tom and his counsel made it clear the cellphone would not be produced. He was not cited by Wells for failure to cooperate -- a separate charge never made -- because he did cooperate," Dowd said. "Thereafter, [Goodell] punished him for the tampering and made no reference to the absence of the phone or lack of cooperation.

"Meanwhile, the flawed Wells report was demolished publicly which put Goodell between a rock and a hard place given his dismal record with disciplinary decisions. As a result, Wells and the commissioner ambushed Brady on appeal with the phone and a new charge, to wit: failure to cooperate. But they knew and had no quarrel with the non-production of the phone before they learned it had been destroyed. By adding it to the reason for the suspension, the NFL commissioner has denied Tom Brady the fundamental right to notice of a charge and the right to defend against it."

"He's got obviously a very tough job," Jones said. "Now I see some people doing that, that's that old violin that's not feeling too sorry for him because that's why you pay the big bucks is to deal with the big problems. But he's doing an outstanding job."

Elsewhere, police in Scarborough, Maine, are patrolling the area around Goodell's home after the NFL reached out to them Tuesday.

"They did reach out and let us know about the decision and that it might not be popular," Scarborough Police Chief Robbie Moulton said, according to the Portland Press Herald.

Brady, who turns 38 on Aug. 3, will miss the first four games this season unless the case goes to court.Jimmy Garoppolo, a second-round draft pick in 2014, would replace Brady.

New England hosts Pittsburgh on Sept. 10, a Thursday night game that kicks off the regular season. The Patriots then go to Buffalo, host Jacksonville, have a bye, and are at Dallas in the last game of Brady's suspension. Oddsmakers at William Hill US, though, continue to keep the Patriots at 7-2 to win the AFC title and 8-1 to win Super Bowl 50. 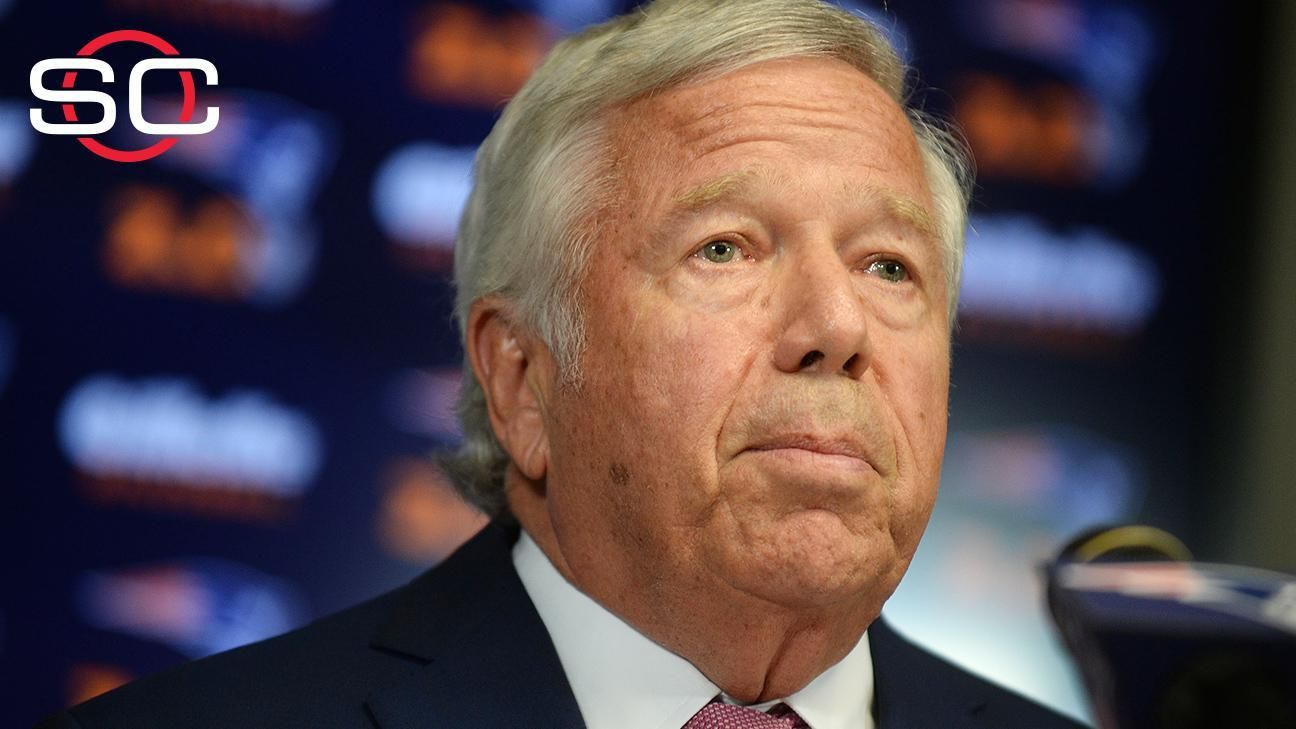 Kraft: 'I was wrong to put my faith in the league'
Patriots owner Robert Kraft expresses his disappointment in the league disparaging Tom Brady and upholding Brady's four-game suspension.

Brady: Patriots and I did nothing wrong
Sal Paolantonio reacts to Patriots QB Tom Brady's statement on Facebook that he was very disappointed by the NFL's decision to uphold his suspension and that no one in the organization did anything wrong.