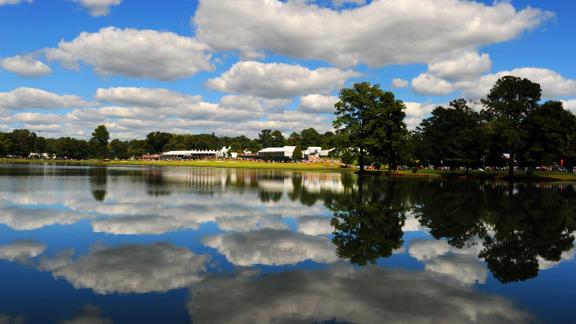 ATLANTA -- With neither Tiger Woods nor Phil Mickelson qualifying for the Tour Championship for the first time in more than two decades, it might signal a changing of the guard, especially now that Rory McIlroy has emerged as a solid No. 1 in the world.

McIlroy, 25, wasn't willing to go that far Wednesday, but he did acknowledge that time and injuries are catching up to the two superstars.

"They're just getting older," McIlroy said Wednesday at East Lake Golf Club. "Phil's 43 or whatever [actually 44], and Tiger's nearly 40 [39 in December]. So they're getting into the sort of last few holes of their careers, and that's what happens.

"It obviously just gets harder as you get older. I'll be able to tell you in 20 years how it feels."

McIlroy also pointed out that Woods has been injured and hasn't had the opportunity to play.

"When he gets back to full fitness, you'll see him back here," said McIlroy, who also noted that Mickelson nearly won the PGA Championship last month, finishing second behind him.

Mickelson is missing the Tour Championship for the first time in the FedEx Cup era that dates to 2007. During that seven-year span, Mickelson never finished worse than 15th in the final FedEx Cup standings.

McIlroy, meanwhile, has qualified for the Tour Championship for just the second time. Two years ago, he finished second to Brandt Snedeker in the final FedEx Cup standings.

"Anything other than a win here would be a disappointment," McIlroy said. "After I finished the PGA, all my focus was on the FedEx Cup and trying to win this."

McIlroy can still win the FedEx Cup title without winning the Tour Championship.

"If that means that, obviously if I finish second or third and end up winning the whole thing, then that's cool as well," he said. "I mean, I want to win. I only have to beat 28 other guys. It's not like a regular field where you have to beat 155."

At the Tour Championship, the FedEx Cup points have been reset so every player has a mathematical chance of claiming the overall prize and $10 million bonus.

The field is normally made up of the top 30 in FedEx Cup points, but Dustin Johnson -- who finished 30th despite not earning a point since the Open Championship -- is not in the field due a leave of absence for personal issues. He was not replaced.

McIlroy: Time Catching Up With Tiger, Phil
Rory McIlroy acknowledges that time and injuries are catching up with Tiger Woods and Phil Mickelson, both of whom failed to qualify for the Tour Championship.