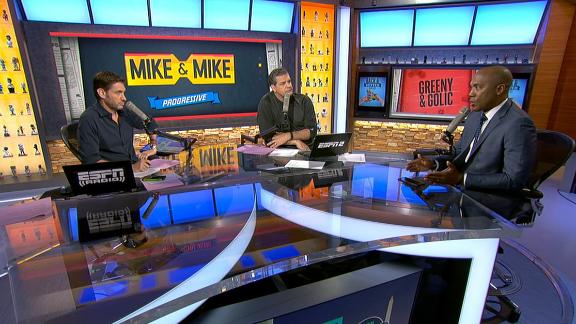 ESPN
The New York Jets and starting quarterback Ryan Fitzpatrick remain stalemated in contract negotiations as training camp opens on Wednesday. The sides have not engaged in contract talks recently, they remain far apart in determining the player's value and no resolution is expected any time soon, a source told ESPN's Ed Werder.

In February, the Jets offered Fitzpatrick a three-year, $24 million contract, according to sources. It included $12 million in the first year, but only $6 million in each of the last two years -- essentially, backup money.

With Fitzpatrick out, the Jets are giving former starter Geno Smith positive reviews for his work in the offseason, with coach Todd Bowles claiming Smith is "light years ahead" of where he was at this time last year. The Jets continue to say, however, the starting job belongs to Fitzpatrick if he re-signs.