Simmons fined $20K for elbow to groin of Lowry 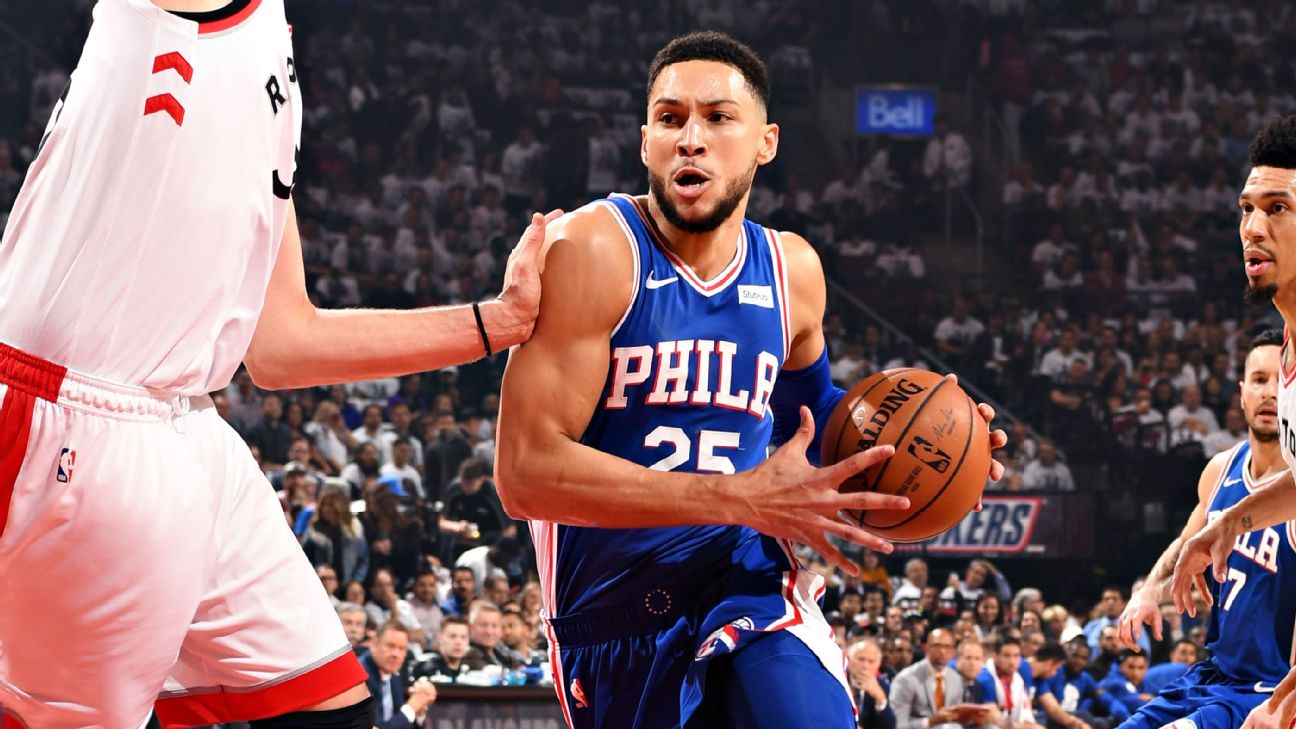 The NBA has fined Ben Simmons $20,000 and assessed the Philadelphia 76ers guard a flagrant foul 1 upon league office review for an elbow to the groin of Toronto Raptors guard Kyle Lowryduring the Sixers' win Thursday night.

Kiki VanDeWeghe, the NBA's executive vice president of basketball operations, announced the penalties Friday. The play occurred in the second quarter when Simmons and Lowry became tangled after going for a rebound under the basket.

While they jostled back-to-back directly under the basket as the ball bounded off the rim, Simmons left his feet before falling onto Lowry's back and landing on the court in a crouch. Lowry then backpedaled for two steps toward the baseline, extending his backside into Simmons' head.

Simmons then extended his left elbow upward, making contact with Lowry's groin area. Lowry, smacking the court in pain, stayed down for a prolonged stretch before resuming play.

"It happened. It's over now," Lowry said. "We got our ass kicked after. It didn't matter."

Lowry said after the game that Simmons had approached him duringthe 76ers' 116-95 win to apologize for the incident.

"Yeah, he said it at halftime. Said he didn't mean to," Lowry said. "(Referee) Scott Foster didn't call it on the floor. It's not like I'm going to dwell on it or bitch about it."

Information from ESPN's Tim Bontemps and The Associated Press was used in this report. 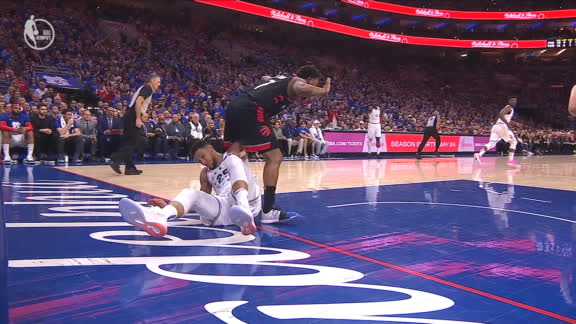