Sixers looking to stay hot at home when Bulls visit 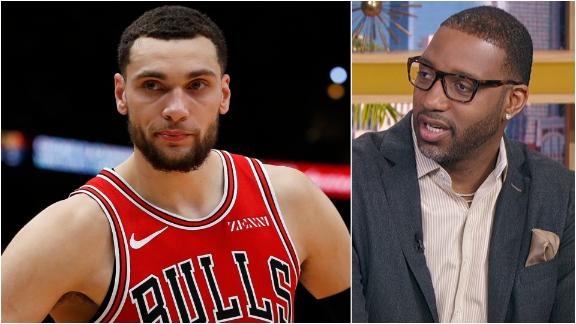 ESPN
The Philadelphia 76ers will be looking for their 20th victory in 22 home games when they play the visiting Chicago Bulls on Friday.

Tobias Harris led the way with 34 points while Ben Simmons added 20 points, 11 assists and six rebounds for the Sixers, who continue to be short-handed without injured All-Star center Joel Embiid.

Embiid recently had surgery for a torn ligament on his left hand.

Harris took a leadership role by going 14 of 20 from the field, including making four 3-pointers.

"There is a sincerity in him as a person and there is a genuine desire to win," Sixers head coach Brett Brown said of Harris. "You can't dismiss that. There is a genuine desire to win and you can see it in his face and his action in the locker room. It matters and he cares a lot. I think that coming back to Philadelphia, where we dropped two on the road and still trying to find our feet. He was our bell-ringer [Wednesday] and I was proud of him.

"It's deeper than him just making shots. It doesn't surprise me that he came out the way that he did."

The Sixers, who have struggled mightily on the road (7-14), are determined to keep the positive momentum at home when they face the Bulls.

"I think all of us want to go out each and every night and we want to win every game we can," Harris said. "When we do fall short of wins, it's disappointing for us. Just to get out there and get [Wednesday's] win, to feel good, to play good as a team, just to feed off of one another, was big for us. We have to just keep that rolling and do more of the same that works for us."

In their most recent game, the Bulls defeated the Washington Wizards 115-106 on Wednesday, thanks in large part to Zach LaVine's 30 points, seven rebounds and seven assists.

There was balance throughout the lineup with seven players scoring in double figures. Thaddeus Young, a former member of the Sixers, and Tomas Satoransky added 18 points apiece.

Any success the Bulls have enjoyed all season can be attributed to the ascension in LaVine's overall game. LaVine was 6 of 11 on 3-pointers and finished his fifth consecutive game with at least 25 points. The last Chicago player to accomplish this feat was Derrick Rose, who had six 25-point-plus games in a row in 2010.

"I expect myself to play this way," LaVine told the Chicago Tribune. "I put a lot of work into it. And it's good, doesn't mean a lot to me unless it ends in a win. You have to be consistent. I think I have in the past and I got to continue to do it going forward. I'm in a nice little groove right now, but I got the same mindset every time I step on the floor."

The news wasn't all good for the Bulls, though, as Daniel Gafford dislocated his right thumb against the Wizards and will be out two to four weeks. Chandler Hutchison also suffered an elbow injury in the fourth quarter.