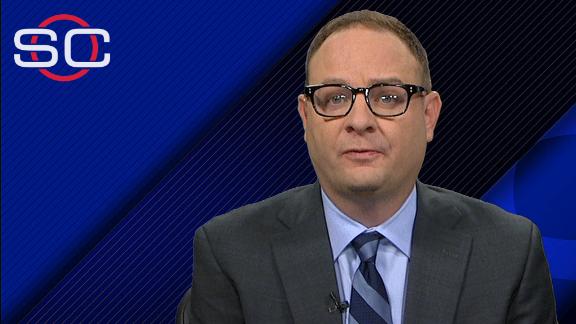 The agent for Philadelphia 76ers guard Markelle Fultz changed his explanation Tuesday night on the treatment that the No. 1 overall pick has received on his right shoulder, revising his earlier statement that fluid was drained from it during the preseason.

"He had a cortisone shot on Oct. 5, which means fluid was put into his shoulder -- not taken out," agent Raymond Brothers told ESPN on Tuesday night. "My intention earlier was to let people know that he's been experiencing discomfort. We will continue to work with (Sixers general manager) Bryan Colangelo and the medical staff."

Cortisone shots are used to relieve pain and inflammation. Sixers officials confirmed to ESPN that a treatment took place several weeks ago and Fultz's inflammation and symptoms have improved.

The Sixers have been working with Fultz on his shooting mechanics, which have been altered with the shoulder irritation. In an interview earlier Tuesday, Brothers told ESPN that "Markelle had a shoulder injury and fluid drained out of the back of his shoulder. He literally cannot raise up his arms to shoot the basketball. He decided to try and fight through the pain to help the team. He has a great attitude. We are committed to finding a solution to get Markelle back to 100 percent."

Fultz, 19, has struggled to shoot in his first four NBA games, resisting jump shots and relying almost exclusively on drives to the basket. He is shooting 33 percent (9-of-27) from the floor and 50 percent (6-of-12) from the free throw line. Off the bench, he has averaged 19 minutes.

The Sixers traded the No. 3 overall pick and a future first-round choice to the Boston Celtics for the chance to select Fultz with the No. 1 overall pick. Fultz played one season of college basketball at the University of Washington.

76ers hoping Fultz's treatment rectifies his injury
Adrian Wojnarowski explains why Markelle Fultz received a cortisone shot and that they are hoping it will resolve his shoulder issues.