Thunder's George (shoulder) out vs. 76ers 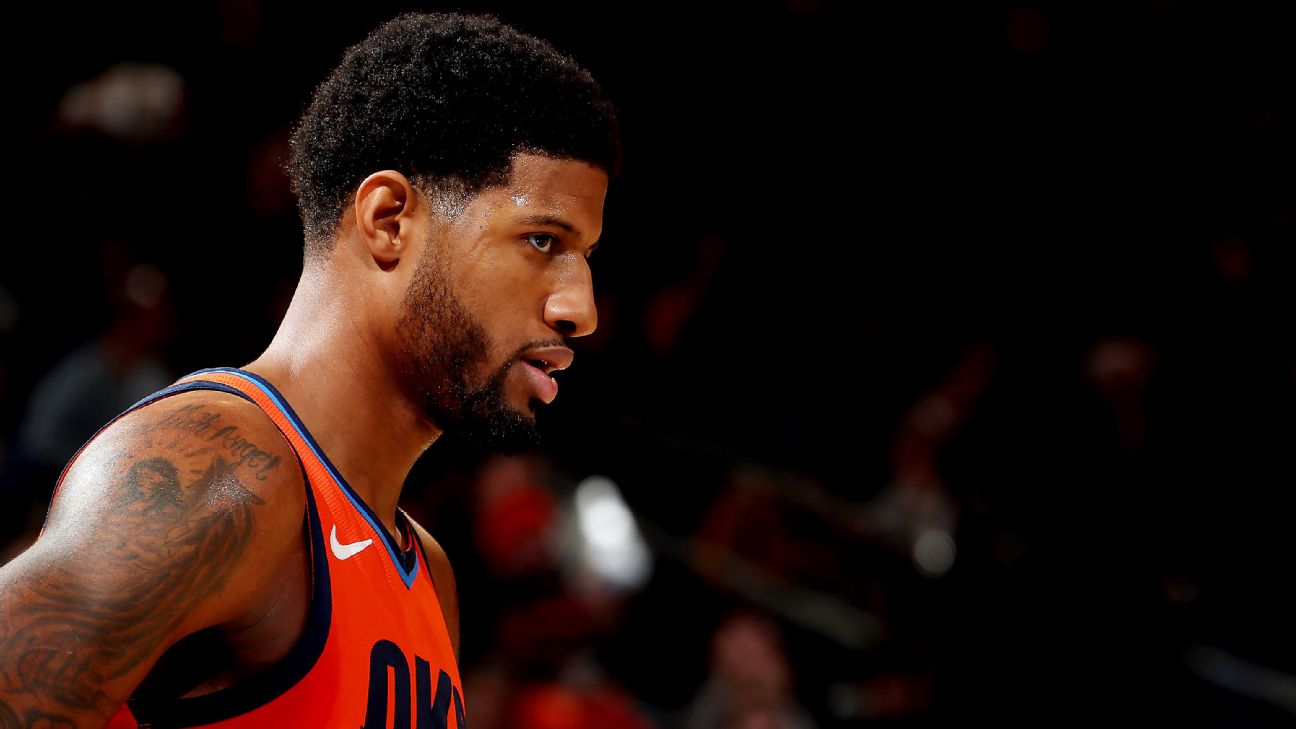 OKLAHOMA CITY -- Paul Georgesat out Thursday's game against the Philadelphia 76ers because of a sore right shoulder.

Thunder coach Billy Donovan said George injured the shoulder at some point during Tuesday's game against the Denver Nuggets. He was seen icing his shoulder after the game, and did not participate in the Thunder's shootaround Thursday morning.

There's no timetable on George's return to play, but he'll take it day by day and see how he feels. The Thunder's next game is in San Antonio on Saturday.

George joinedJoel Embiid (knee) and Boban Marjanovic(knee) on the sideline for Thursday's showdown between the 76ers and Thunder. Philadelphia won 108-104 to end a 19-game losing streak to Oklahoma City.