UFC 205 fighters to get $1 million coverage against brain injury 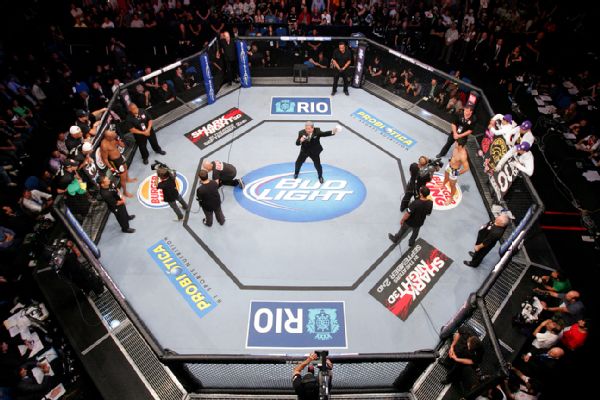 The UFC has secured a New York state-approved policy to insure every fighter on its Nov. 12 event up to $1 million in case of traumatic brain injury.

New York Department of State spokesperson Laz Benitez confirmed to ESPN that the state has approved a policy written by insurance company AIG.

According to UFC officials, the cost of the policy is $1,675 per athlete per fight. With 13 fights scheduled to take place at UFC 205 at Madison Square Garden, the promotion is looking at a cost of $43,550 to meet the new standard.

The $1 million brain-injury insurance requirement was part of a law passed earlier this year to legalize professional MMA in New York. The sport had been banned on a professional level in the state since 1997.

The new law has been a source of some controversy, as several longtime boxing promoters have spoken out on the financial burden it creates to do business.

General medical coverage for combat sports athletes is not a new requirement by state athletic commissions, but New York took it a step further with its inclusion of $1 million coverage against life-threatening brain injury.

Multiple boxing events scheduled to take place in New York have either been moved or canceled. Promoter Lou DiBella recently told ESPN.com that he canceled all remaining New York cards through 2016.

Bob Arum, CEO of boxing's Top Rank, went so far as to accuse the UFC of "freezing out" other fight promotions by advocating for the high cost requirement during its lobbying efforts to legalize mixed martial arts in New York. The UFC, which has said it regularly provides medical insurance that is above state minimums, denied Arum's claims.