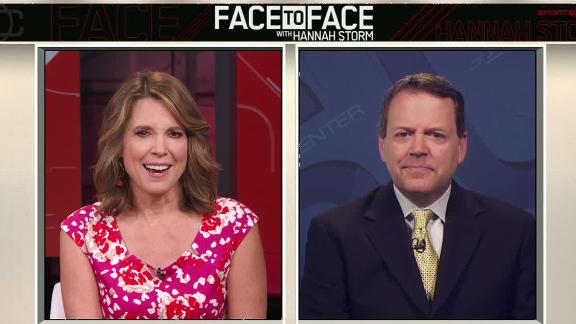 TheNew York Yankeeshave told teams they are nearing a trade that would ship out closer Aroldis Chapman, according to multiple reports.

The Yankees, meanwhile, are planning to retain left-handed relieverAndrew Miller, according to reports.

Reports indicate that the Washington Nationals, Chicago Cubs, San Francisco Giants and Cleveland Indians are among the teams interested in acquiring Chapman.

There is no immediate timetable for a Chapman trade, though any deal would presumably need to be completed by the Aug. 1 trade deadline.

Known for a fastball that can reach 105 mph, Chapman was suspended for the first 30 games of the season under Major League Baseball's domestic violence policy for his involvement in an alleged incident in October.

Before the suspension was handed down, the Cuban-born lefty was acquired by the Yankees in January from theCincinnati Redsin exchange for four minor leaguers. The 28-year-old, seven-year veteran has 20 saves with a 2.01 ERA, 44 strikeouts and 0.89 WHIP this season. He agreed to a one-year contract for $11.325 million in February to avoid salary arbitration.

The Yankees near a deal as they stand 7 games back in the American League East behind the division-leadingBaltimore Oriolesand 4 games behind theToronto Blue Jaysfor the second wild-card berth.