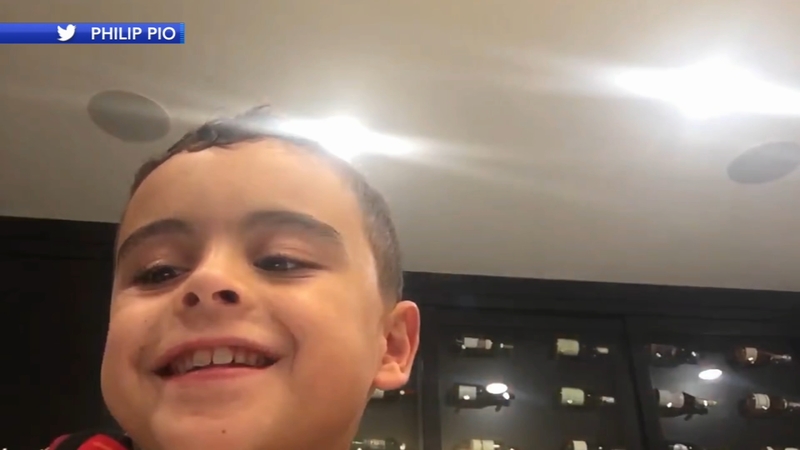 PHILADELPHIA (WPVI) -- A young Philadelphia Eagles fan wants the NFL to know that night games might be too late for the kids.

"Hey NFL, I need to ask you a really serious question. Why are you doing the Eagles vs. Cowboys game at night? I mean, it's terrible. I don't like it. I'm not saying I don't like the NFL, not at all. It's not fair to the kids and everybody else, they might need to go to sleep," young Philip says.

He says young Philip gets mad when the Birds play late because he has to go to bed.

"So we were watching the 4 o'clock game and he was complaining, so I told him to go make a video," said Pio.
Report a correction or typo
Related topics:
sportsphiladelphiaaction news sports
Copyright © 2021 WPVI-TV. All Rights Reserved.
More Videos
From CNN Newsource affiliates
TOP STORIES