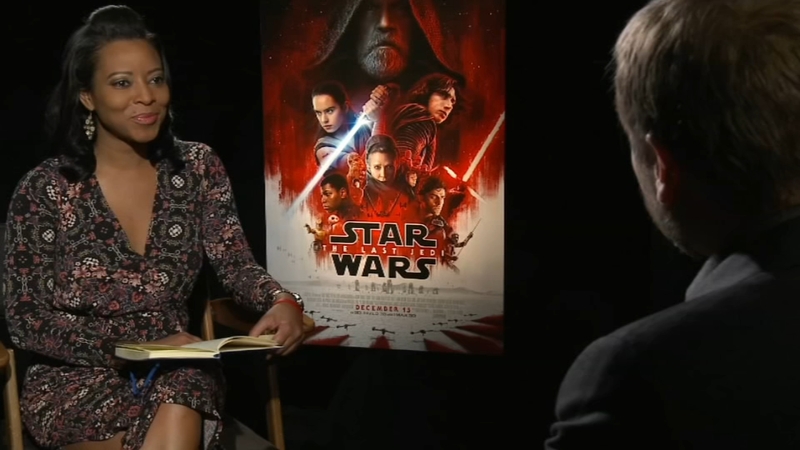 HOLLYWOOD (WPVI) -- Our obsession with Star Wars continues with a conversation with the creative mind behind the latest installment, "The Last Jedi."

Rian Johnson is the writer and director of the film. He's known for his work on the AMC series Breaking Bad.

During my trip to Los Angeles, he talked with me about being a childhood fan of the galaxy opera he now leads and the pressure to tell a story Star Wars fans will respect and revel in.

"Well, I was just trying to draw a line forward from where The Force Awakens left off. I think there were incredible characters that were created in that movie and given such amazing introductions, each of them. And it was just a question with this film of, 'okay where does it make sense for them to go next?' And so I wasn't trying to do some crazy zig-zag, I was trying to tell a story that made sense to me. But in the course of following that it honestly it takes you to some unexpected places, so...hopefully there will be some surprises," he said.

I asked him what he thought the fan reaction would be to the storyline.

"For people who say the last Jedi goes a little dark, what do you say to that? Do you perceive it to be as such?" I asked.

"Well it's the middle chapter, so it's the one where we really have to challenge everybody and test their mettle. And so we're going to some dark places, but it's also was so important to me that it was a Star Wars movie. And that means that it's got the opera, that also has the bubble gum. It's also got one foot in Flash Gordon and still I hope it's fun. I hope it's funny. I hope it makes you come out of the theater wanting to grab your toys and run in the backyard with them. That's the kind of feeling."