NEW YORK -- Fans of Station 19 and Grey's Anatomy were shocked when beloved characters Ben Warren and Miranda Bailey decided to "take a sabbatical."

Jason George who plays Ben says that as a fan of the show he loves the Ben and Bailey relationship and wants to see them together and happy, but..."I'm a military kid, my dad was in the Navy, and I love that we are telling the story of how hard it is for the families of first responders, military people, people who put their lives on the line for other people, I love that they are telling this story of how hard it is."

Bailey, played by Chandra Wilson, insists it's just a break to improve her health because she is concerned that her worry over Ben's safety while fighting fires is causing her blood pressure to rise and literally breaking her heart.

Ben on the other hand, thinks it's the first step towards divorce. But boy, did they have a passion-filled goodbye kiss.

"I think that last kiss was Ben's stamp to be like, just so we're clear, this right here is out there," George said.

George says that the separation isn't an effort to separate Grey's from Station 19, but rather to give the relationship something new and complex to battle. He thought was a surprising decision by the writers of the shows as their characters are the thread holding these two "worlds" together.

"Happy couples aren't fun TV, you have to give it some drama," George said.

As for Ben and Bailey dating other people, George said, "I want to see the most interesting things happen for the show, I always want to be entertained as a fan. You talk about Ben dating other folks and that trips me out, but that is a real possibility I guess."

George predicted that Ben would not "be down" to see Bailey dating someone else.

"Ben is a pretty calm dude, but I'm pretty certain that he would go off on someone, there would be a conversation," George said. "He'd be like, 'yeah, that's my lady. I know we're not together right now, but you go near her and we got a problem.'"

To understand what is going wrong in their relationship, you really do need to watch both Station 19 and Grey's Anatomy to get the entire picture.

"That's what's dope, I love that it's genuinely a Grey's Anatomy universe, you know everybody's got to have a universe now, but what I love about it is that there are things happening on Station 19 that will come into Grey's Anatomy and vice versa and that you don't need to know all about it to still enjoy Grey's Anatomy or Station 19, but it definitely helps," George said.

Could there ever be scenario where Ben goes back to Grey's and leaves his firefighting career behind? Although he's addicted to the action, George said Ben has a great backup gig as a surgeon. 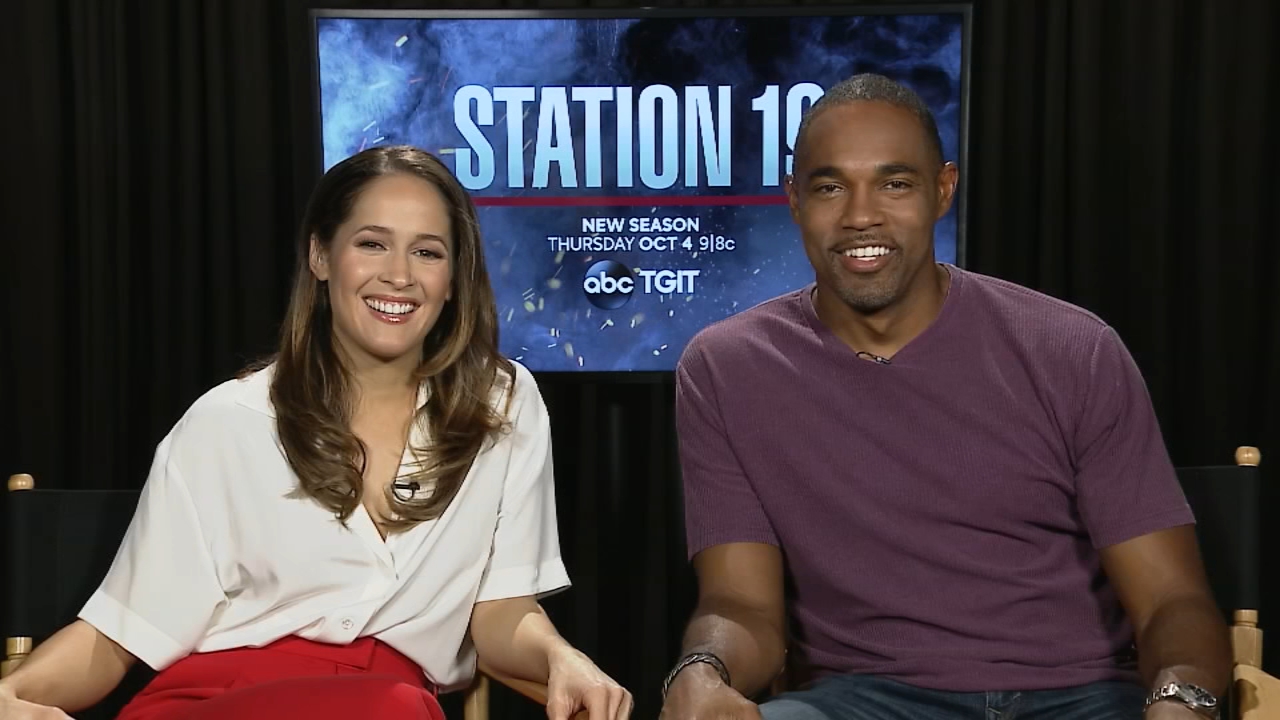 'Abbott Elementary' back for season 2 with plenty for Eagles fans

Bachelorette recap: Season finale ends in a breakup and an engagement