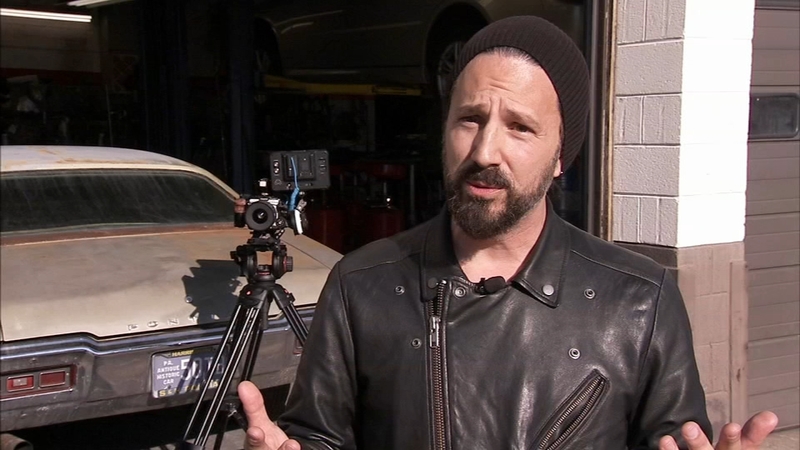 PHILADELPHIA (WPVI) -- If you saw film crews rolling in Delaware County this past week, then you got a sneak peek at the brand new film being directed by a Glenolden native.

He's known as Steve Jawn, and just like Woody Allen and Spike Lee and Tyler Perry, he's committed to filming right here in his hometown.

We'll get to that name in a moment, but we caught up with him as he filmed a scene for his latest film "Gone Like the Night."

He was filming at Pat's Transmissions in Folsom, just one of the local spots you will see in the film.

'We filmed at my parents' house in Glenolden, which was cool because that's the place where I wrote all my first scripts and dreamed about making films or being in a rock band," said Steve. "The majority the movie takes place in Wildwood, New Jersey. I spent my youth and my teenage years going there every summer."

Steve and his wife Dani run a production company called The 10:10 Creative.

Steve even brought Twitty and Lynn to Wildwood to film their latest music video.

"Gone Like the Night" is a musical about a laid off oil-refinery worker fighting to save the woman he loves.

Back to name Steve Jawn, -it sort of stuck when he tagged his projects as a "Director Steve Jawn."

"I didn't realize that nobody in country knows what a 'jawn' is," he laughed. "My first press, Rolling Stone, Entertainment Weekly, I was getting written up and called Steve Jawn. I kind of love it because my friends were calling me all excited about it like, 'Dude, you made it!'"