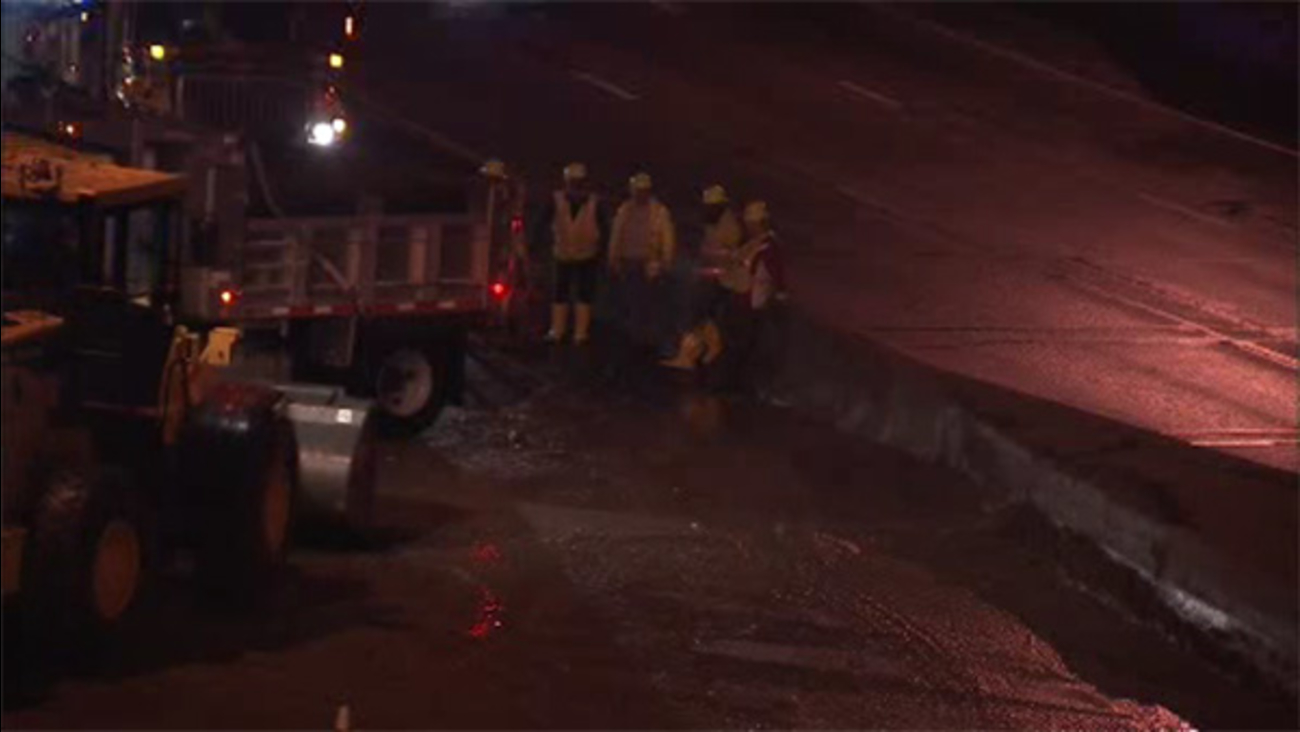 WPVI
PHILADELPHIA -- Crews were out early Thursday morning on the Schuylkill Expressway cleaning up from the aftermath of the storm.

PennDOT crews were on the eastbound lanes near Girard and Montgomery avenues in the Fairmount Park section of Philadelphia.

The highway was closed for several hours, but has since reopened.

On Interstate-95 in the Port Richmond section, around 11 p.m. Wednesday, thirteen cars were damaged after hitting a pothole.

It happened in the northbound lanes when the thunderstorm hit the area.

All thirteen cars hit the pothole in the center lanes which caused flat tires and other damage.

The drivers were able to pull over and call 911.

Police and tow truck drivers responded to help move the cars off the highway.