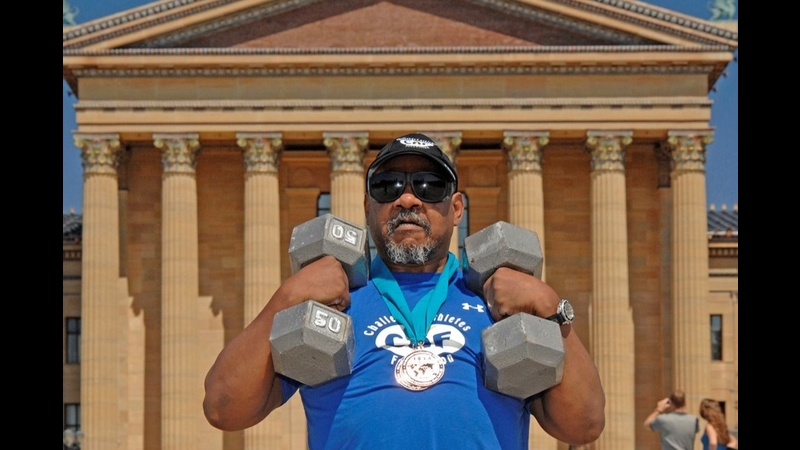 PHILADELPHIA (WPVI) -- There's inner strength and outer strength, but Charles King is a picture of both.

But what you see doesn't tell the whole story. King was diagnosed with a type of glaucoma more than two decades ago.

To hear him describe it - his world went dark in more ways than one.

"When you have sight, you can be walking down the street, you can see a car, you can see a pretty girl, you can see the leaves change, the beauty of God's creations. It can change your mood," he said. "But when you go totally blind, you don't have that anymore. The only thing you have is what's inside your mind. Something inside me snapped, and I just gave up and said, 'God, I can't take this.'"

The Army veteran left his pregnant wife, hoping to die on the streets of Philadelphia.

While homeless, he became addicted to alcohol and crack. But one day, when he was frostbitten, he was taken to the hospital with a promise from the VA to help him get sober and get back on his feet.

King was intorduced to Joe Braca, at the Underground Gym, who in turn introduced him to a whole new world.

"I took him on as a challenge," Braca said. "I think we work well together."

Call it blind ambition, or having nothing to lose, but King took up powerlifting in 2010 at the age of 60. Now, at 69, he's one of the oldest blind powerlifters in the world.

Having finished first in his weight class at the national championships this summer with a 248-pound squat, 236-pound bench and 341-pound dead lift.

He's battled prostate cancer, diabetes and the death of his daughter along with his blindness, but through it all, King has perservered.

"We have a value," King said. "We can do miraculous things even without sight."

If you would like to help send King to next year's National and International Blind Sports Association Powerlifting Championships, you can sponsor him.