Police say at least two cars pulled up to the strip mall when an altercation later took place.
WPVI
By 6abc Digital Staff and Jaclyn Lee 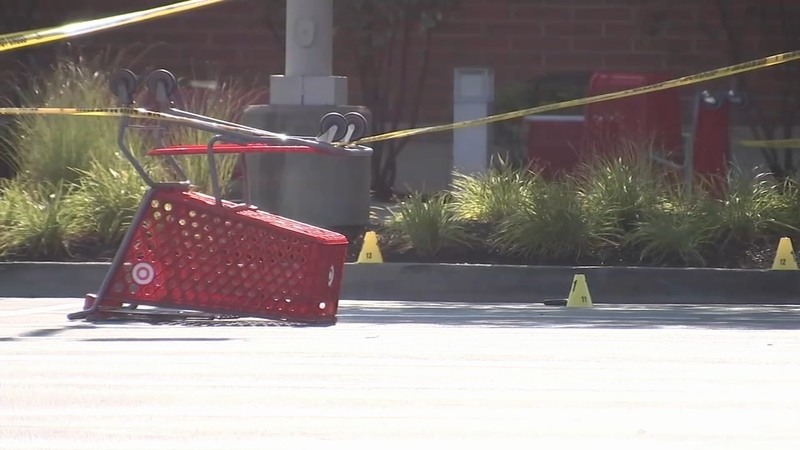 LOWER NAZARETH TWP., Pennsylvania (WPVI) -- One person was killed and another wounded by gunfire in the parking lot of a Target store in Northampton County, Pennsylvania, authorities said.

Police say at least two cars pulled up to the strip mall when an altercation later took place.

"Another car came up on that car; there was some kind of verbal altercation. Shots were then fired and exchanged. At least two sets of cars, we're not 100% sure of that, but there was at least a pair of cars involved," Northampton District Attorney Terry Houck said during a press conference.

"I heard, 'pop,' and I thought it was a car starting up, and then I heard two more 'pops' and another one," said witness Nick Christeleit. "I saw people running into Target, so I ran into Burlington, and I told the manager I heard gunshots."

Tammy Lee James was in the dressing room of Target with her girls shopping for back to school clothes.

Colonial Regional police are investigating a shooting Sunday afternoon that left one person dead at a strip mall in Lower Nazareth Township.

The victims were transported to local hospitals, where one was later pronounced dead, officials say.

The other victim is currently listed in stable condition.

Dozens of officers from Colonial Regional, Palmer Township and state police scoured the scene, collecting evidence like sneakers, a gun and bullet casings.

Investigators have not provided any other details at this time.