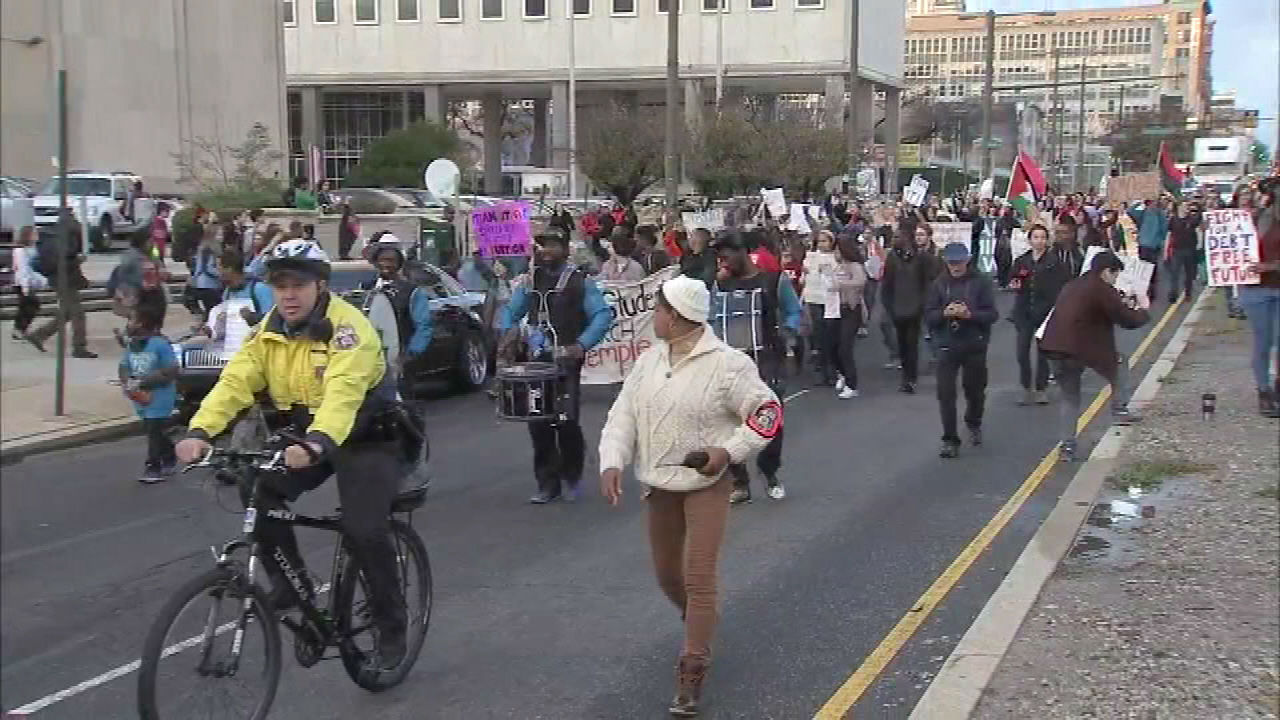 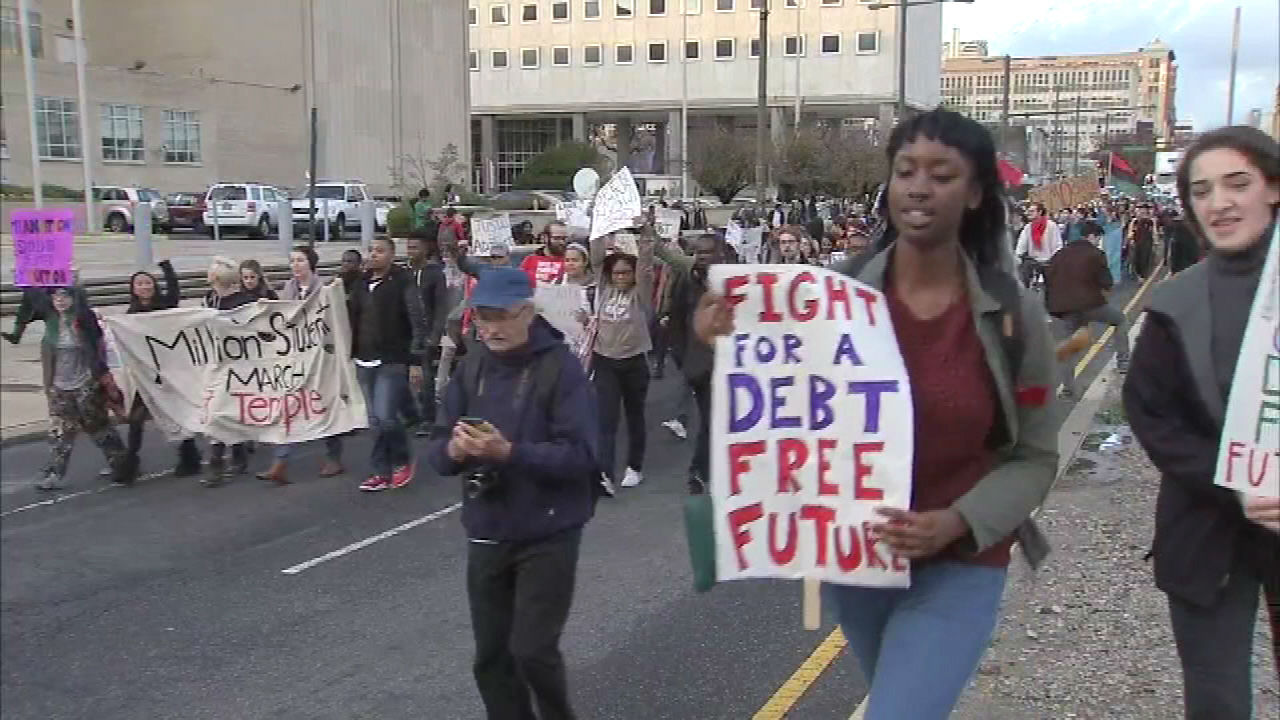 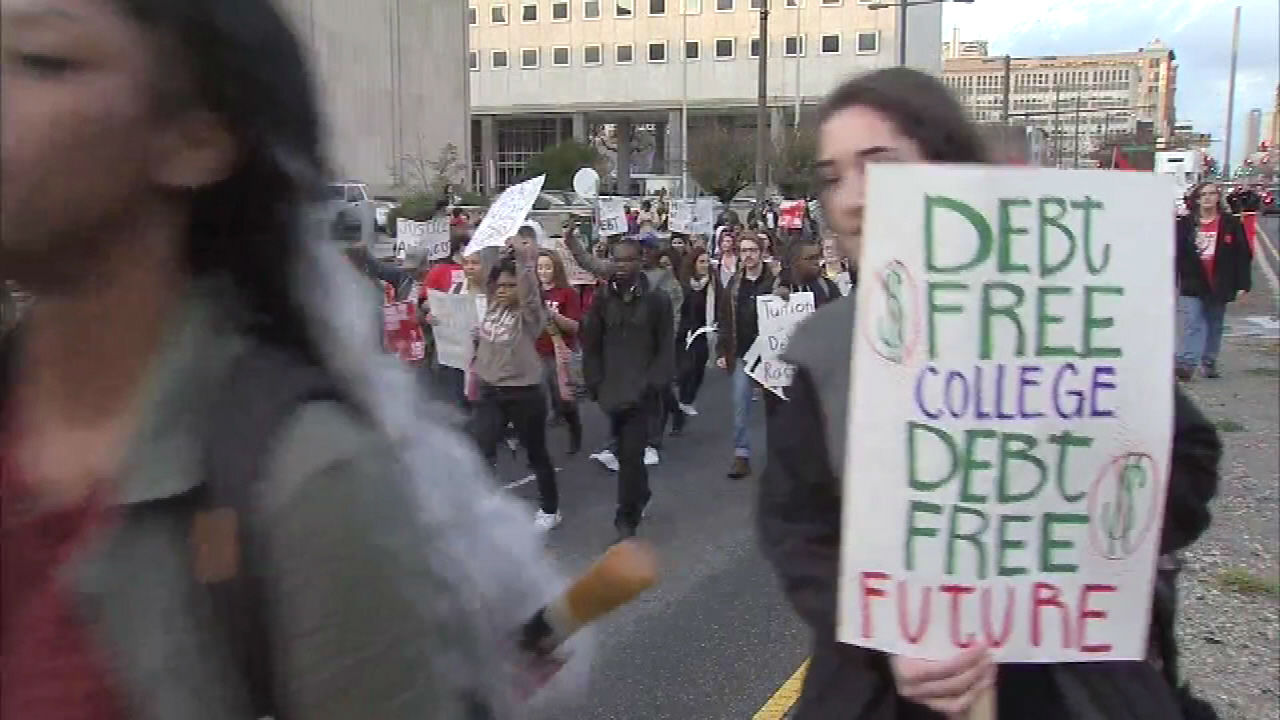 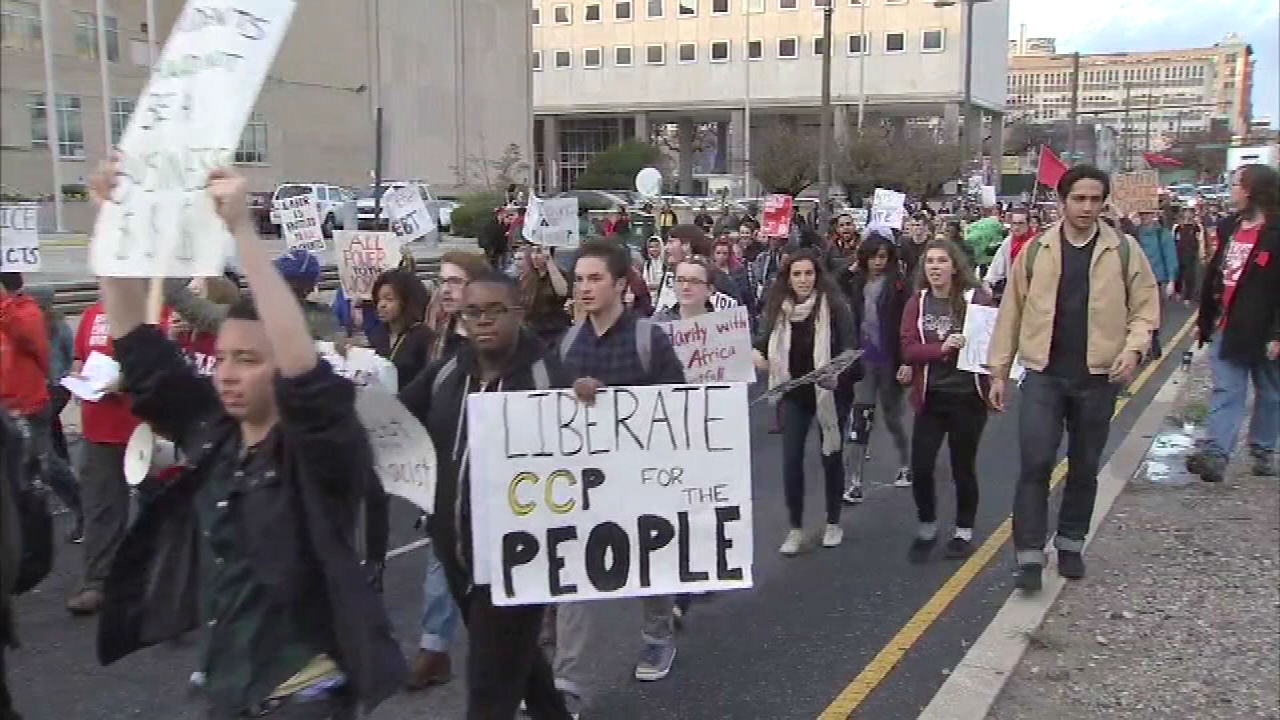 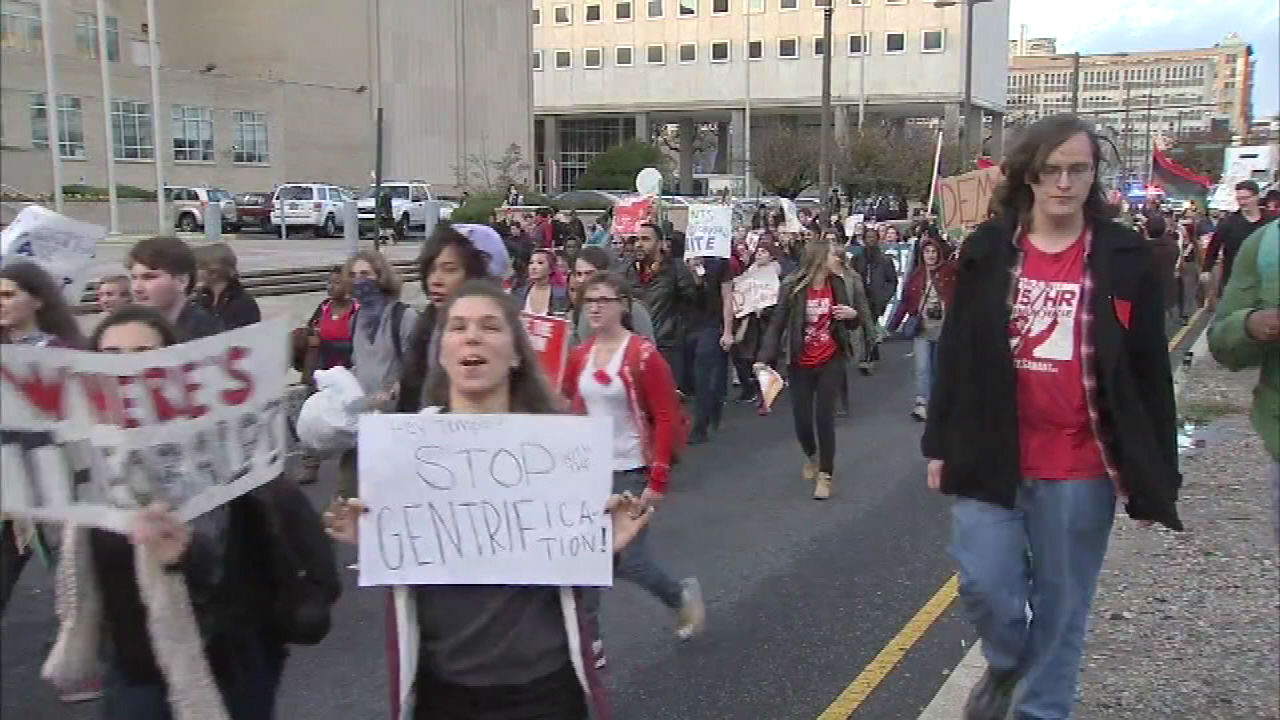 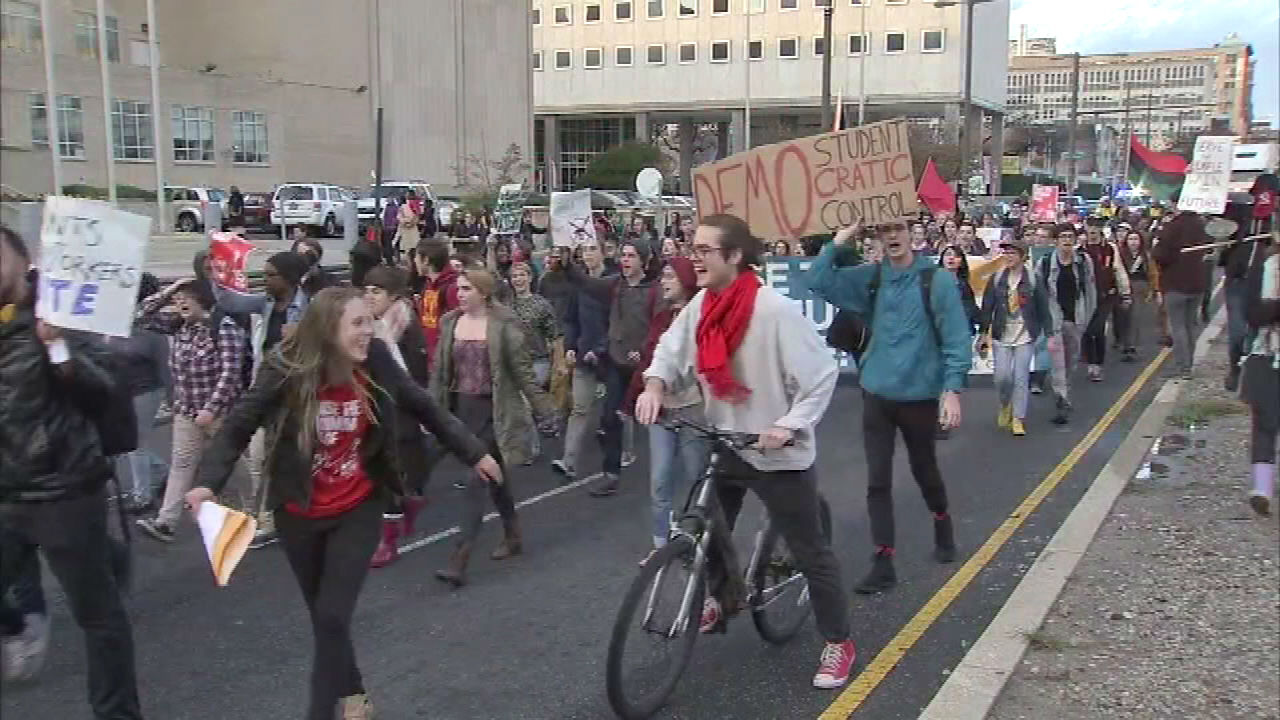 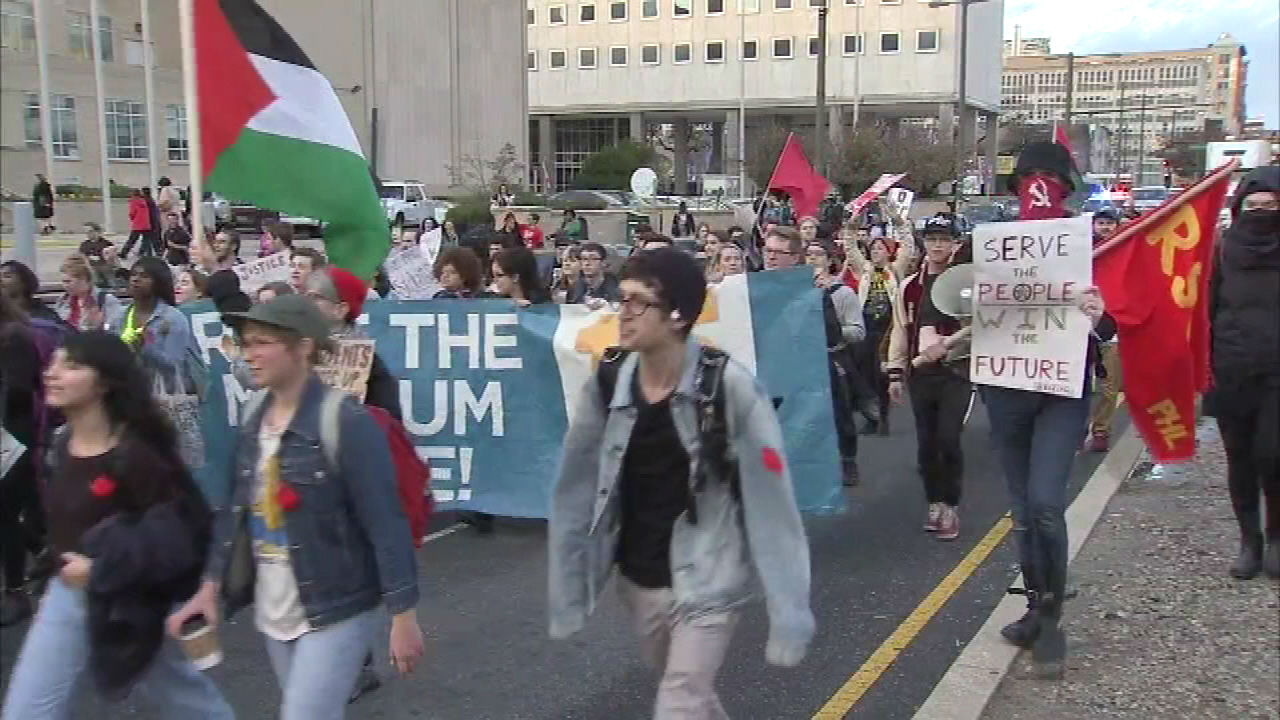 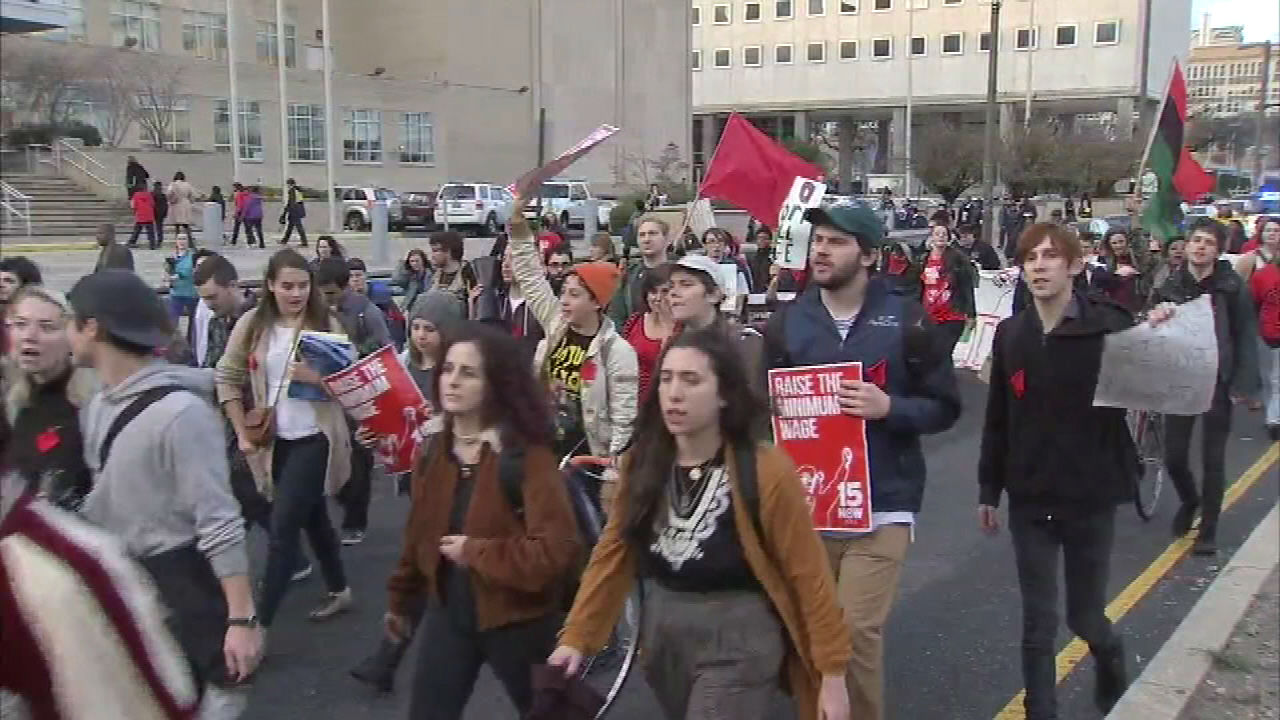 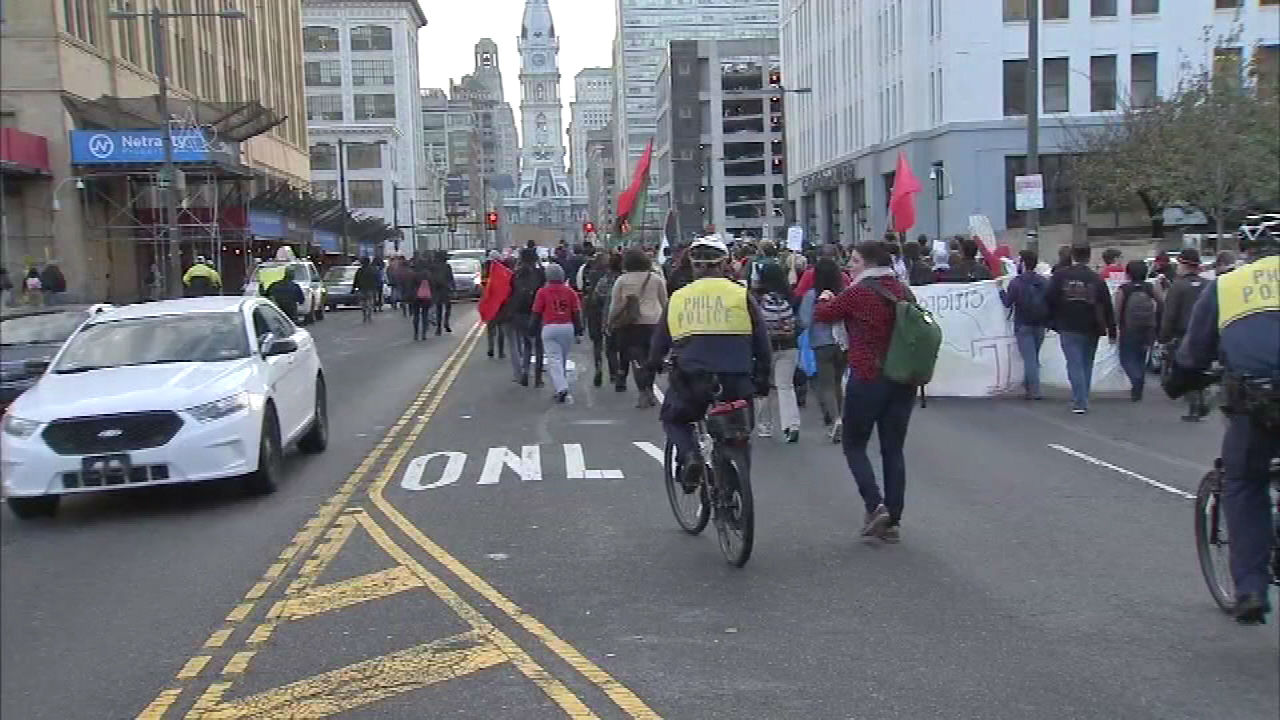 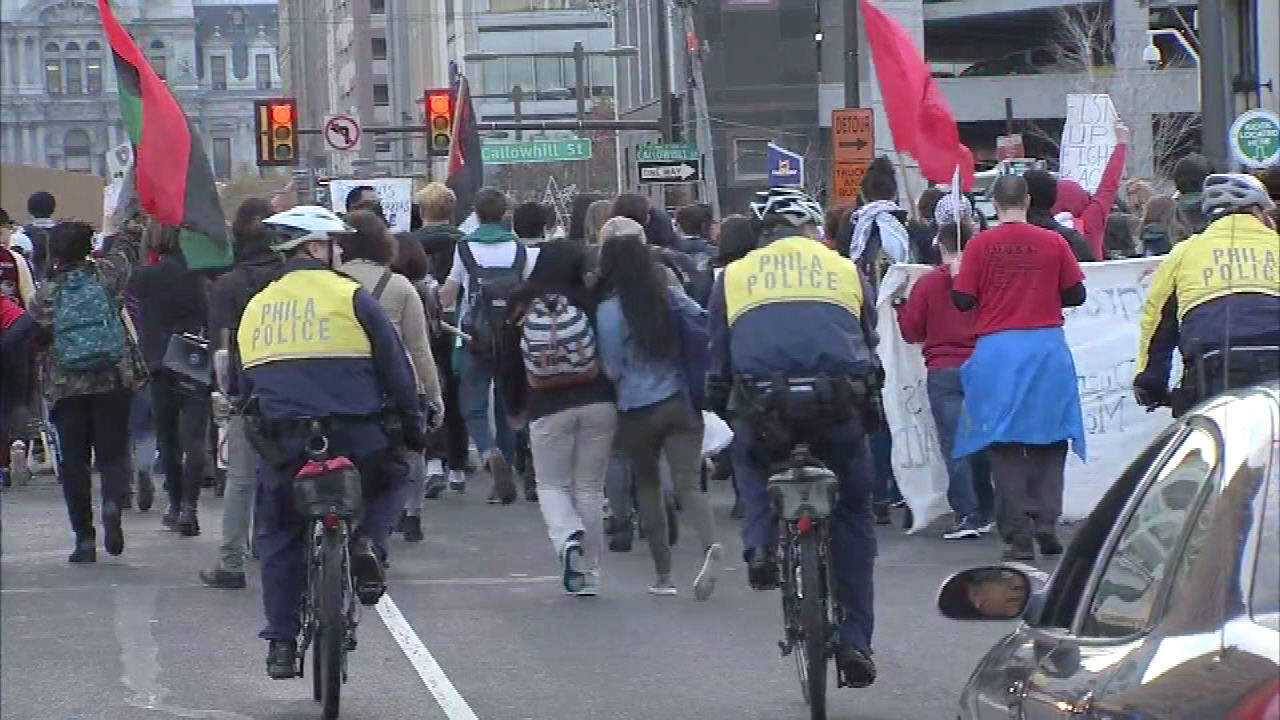 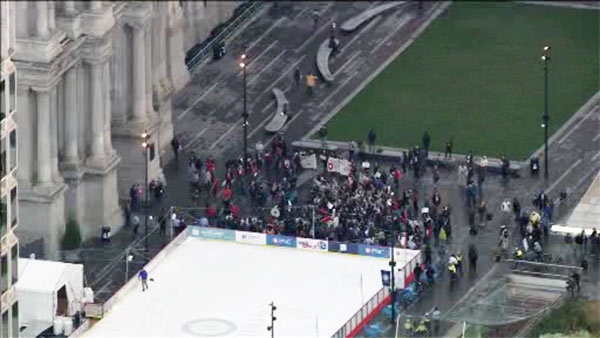 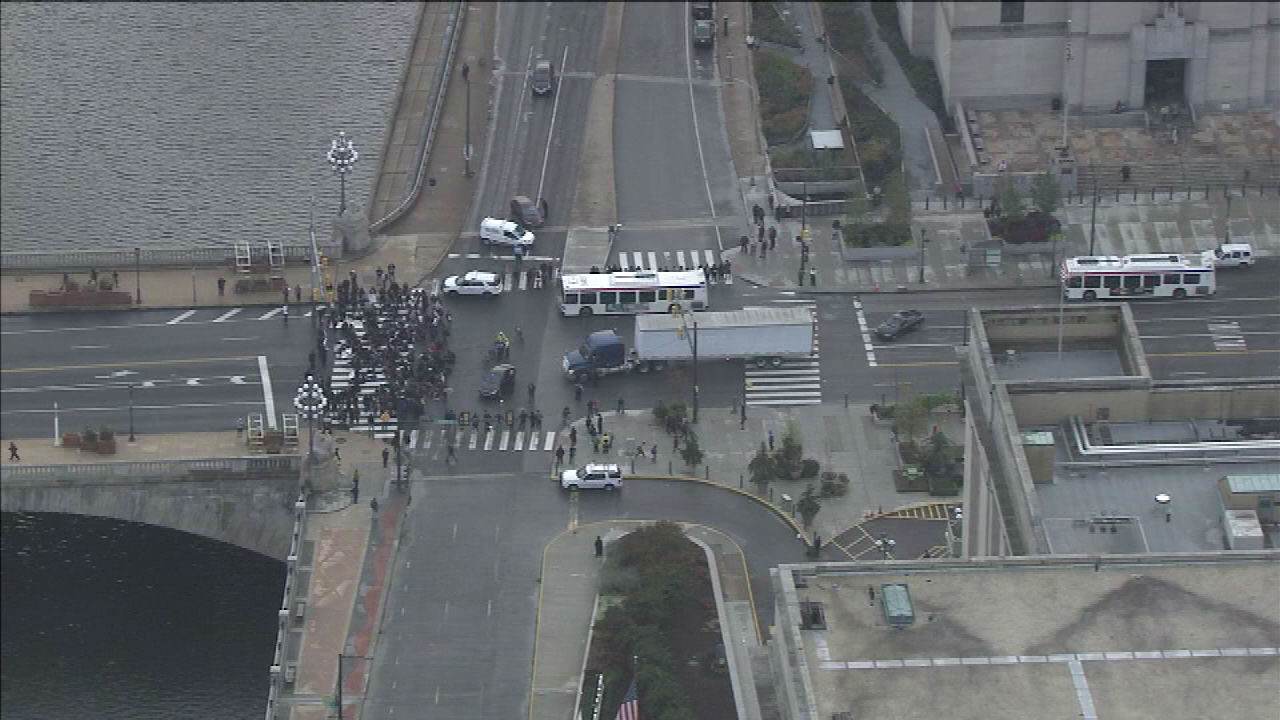 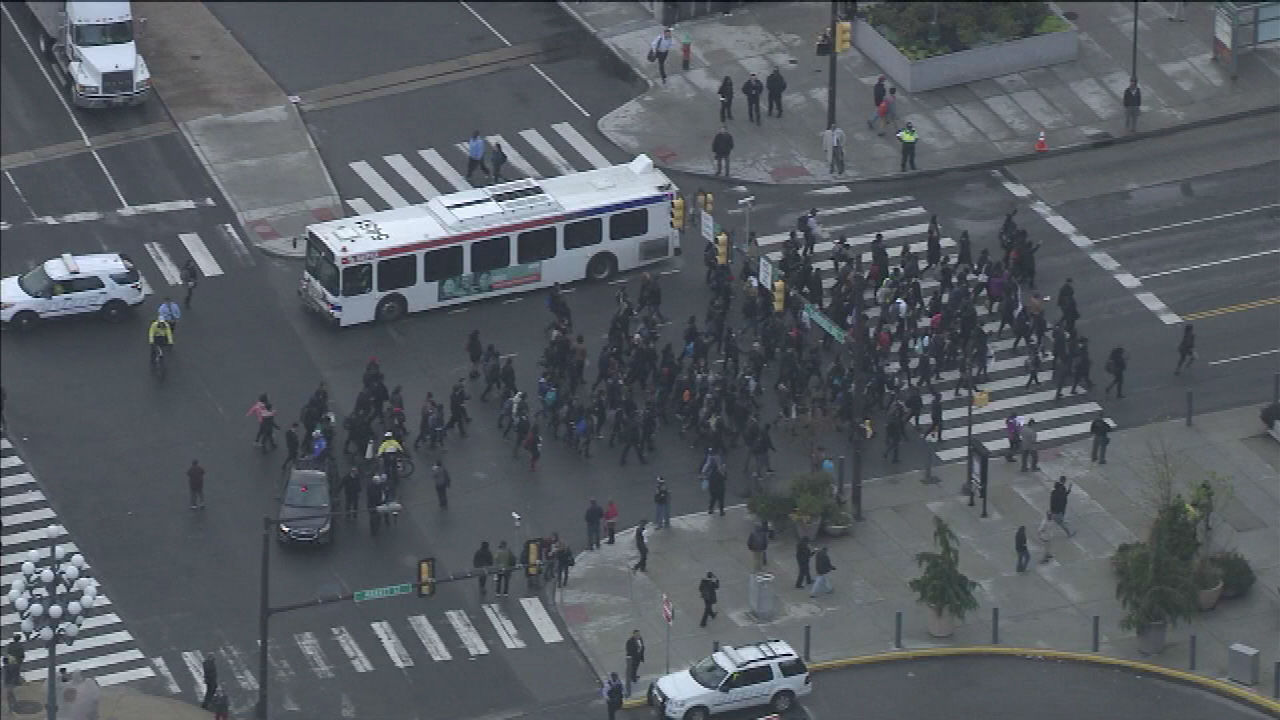 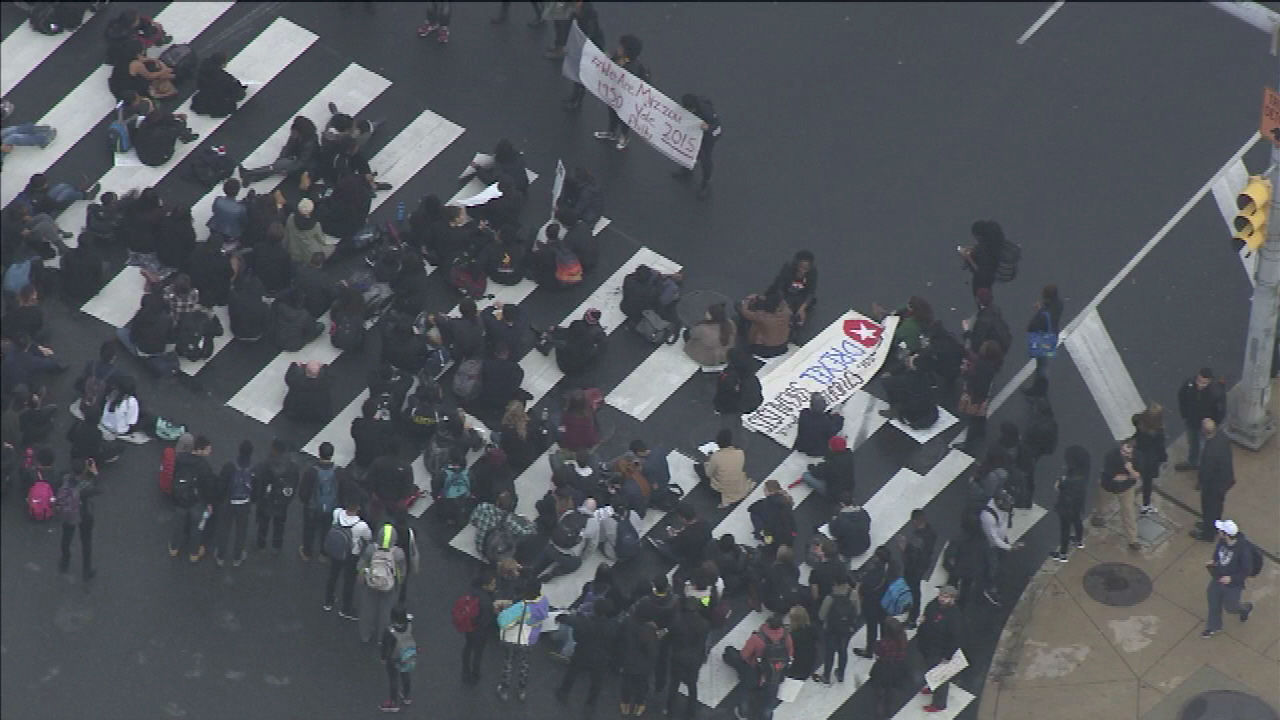 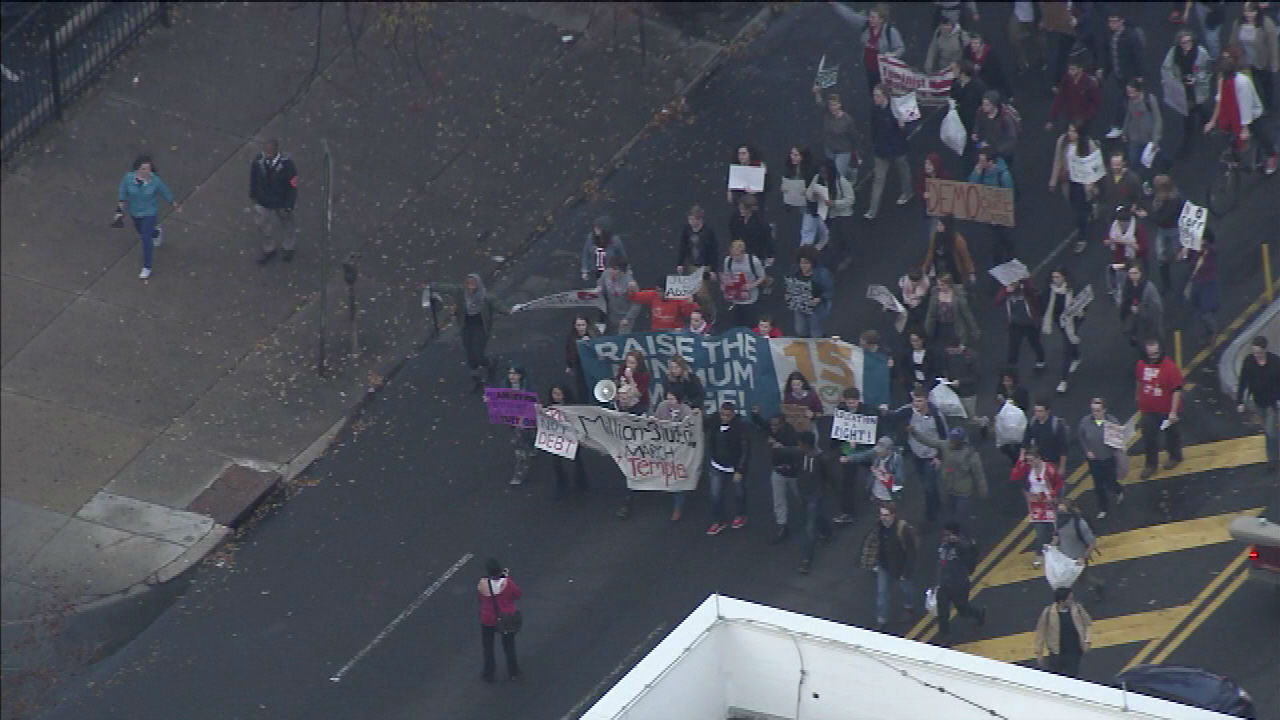 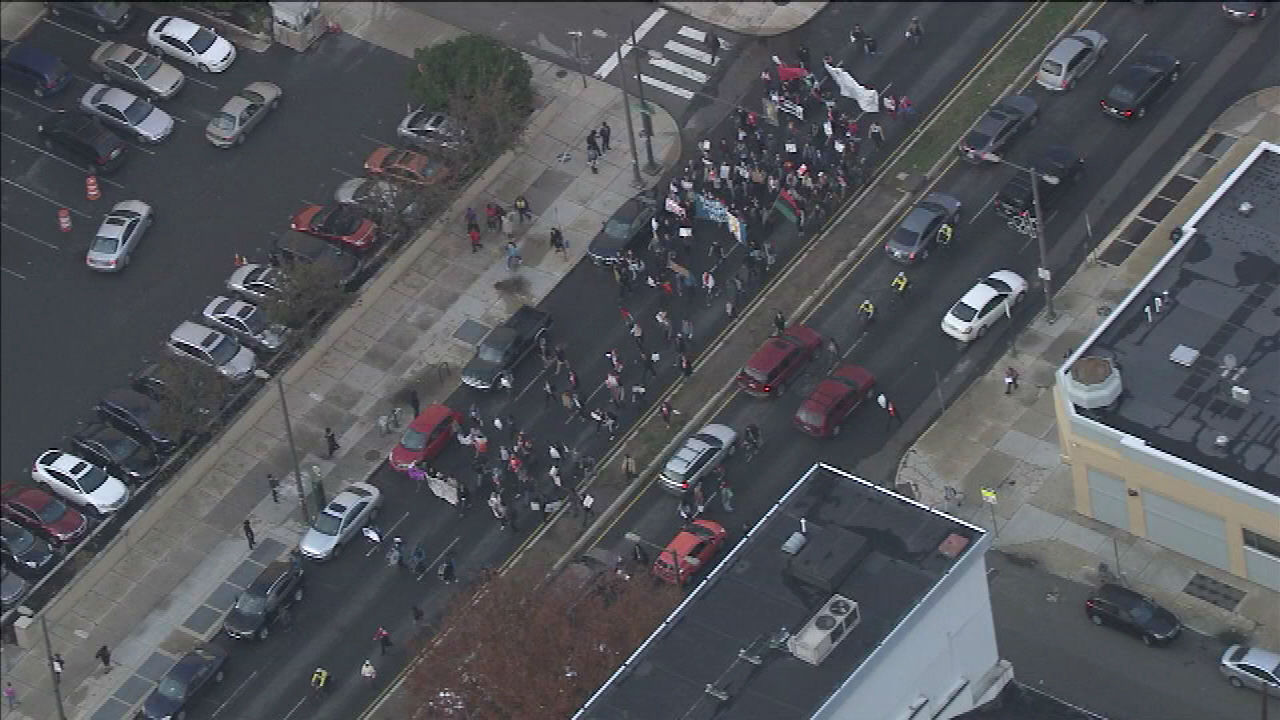 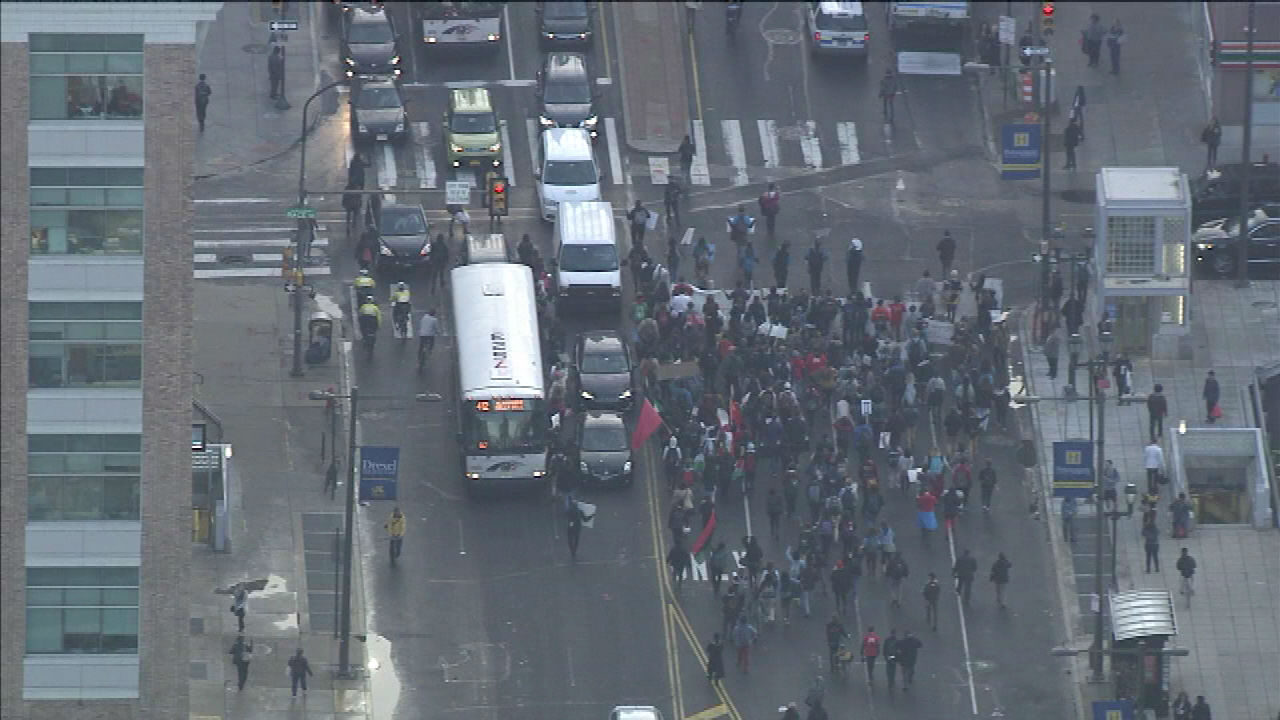 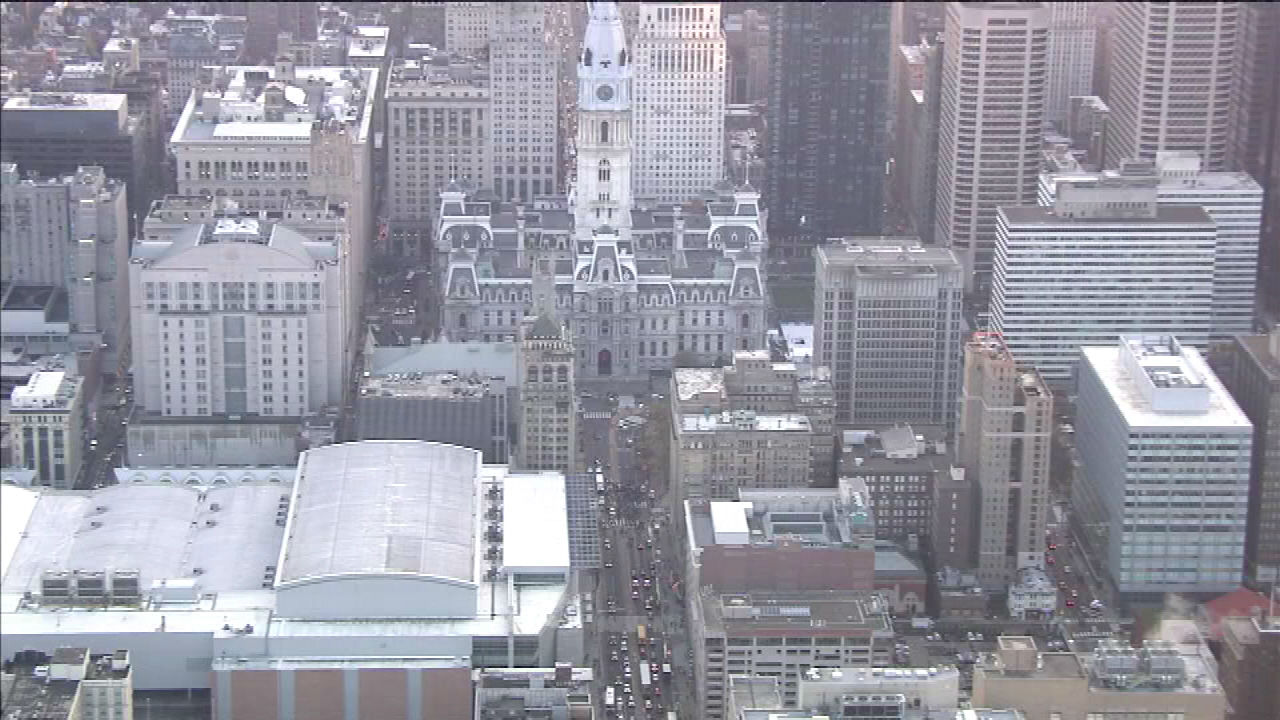 They are joining students from across the United States in calling for tuition-free public college, the cancellation of all student debt, and a $15 minimum wage for campus workers.

Chopper 6 was over City Hall as the crowd gathered near Dilworth Park. Earlier, protesters could be seen marching down Broad Street from Temple University.

The protest also involves students from Penn, Drexel, and the Community College of Philadelphia.

The demonstrations happening Thursday at schools from Massachusetts to Hawaii were inspired by remarks Vermont Sen. Bernie Sanders made in June.

The Democratic presidential candidate said Republicans in Congress would be forced to tackle the student debt problem if a million young people marched on Washington.

The marches targeting the cost of college were scheduled before student protests over racially charged incidents at the University of Missouri and Yale put a renewed national focus on how colleges are dealing with diversity.