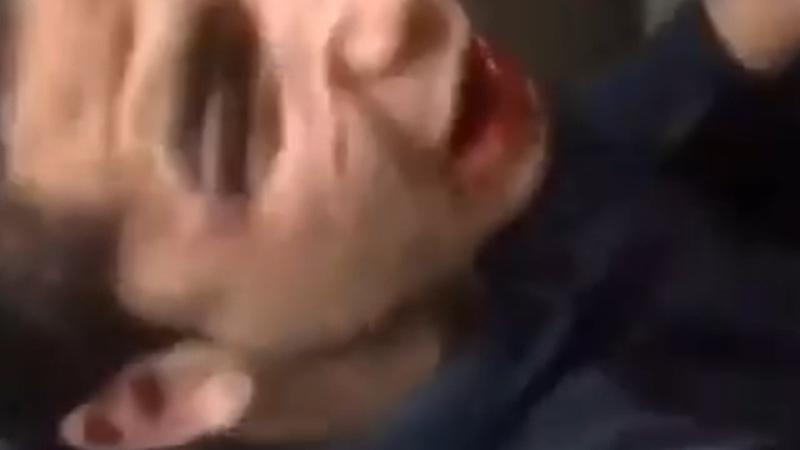 NEW YORK CITY -- The NYPD is asking for the public's help identifying the suspects, the victim and even when and where a brutal attack caught on camera happened.

Someone sent Crime Stoppers a link to the video, which then distributed it. The video of a young man being attacked on a subway train is graphic in nature, but the NYPD is hoping people watch it to learn answers to critical questions.

It appeared to have been shot on cell phone by someone who may have helped orchestrate the attack.
EMBED More News Videos

The NYPD is looking for suspects in this brutal assault.

The victim suffered kicks to the head and blows to the face, and was so helpless he was barely able to plead for mercy or shield himself from the beating.

The NYPD is also searching hospitals and other records to try and find any indication of an assault like this. One challenge for investigatoars is that only the victim's face is seen in the video.

The attacker's face is never seen, just their hands and sneakers.

The public can also submit their tips by logging onto the CrimeStoppers website at WWW.NYPDCRIMESTOPPERS.COM, on Twitter @NYPDTips or by texting their tips to 274637 (CRIMES) then enter TIP577.

All calls are strictly confidential.