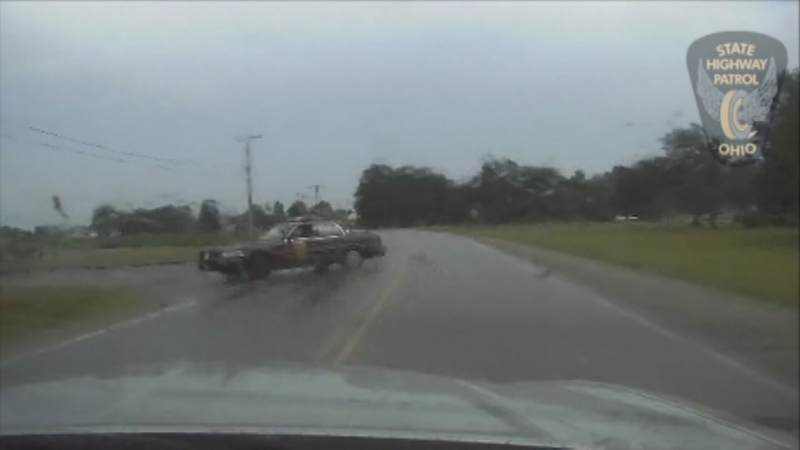 A suspect behind the wheel of a police cruiser took authorities on a high speed chase in Ohio and it was all captured on dashcam.

Authorities say the man had initially been placed in the back, uncuffed, after being picked up for a minor violation.

Officers let him out and that's when he began to throw punches.

The suspect then took off with the cruiser and officers followed. The chase topped 100 miles an hour at times.

Police finally punctured the tires, and the cruiser spun out of control, getting the car thief off the road.