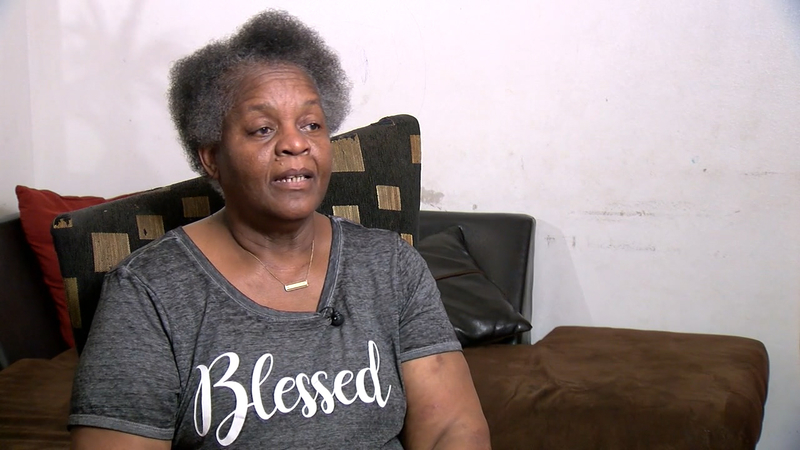 MANATEE COUNTY, Fla. -- A Florida woman said deputies shot her with a Taser on her 70th birthday after she refused to let them inside her home.

Deputies knocked on Barbara Pinkney's door Thursday with an arrest warrant for her grandson Tevin Turner, who was accused of carrying a concealed weapon, Pinkney told WFTS-TV.

Pinkney, who had been celebrating her birthday, said she refused to let them inside, telling police he wasn't at her Bradenton home.

Pinkney said the deputies then told her that under Florida law, they had the right to enter if they believed Turner was inside. Still, she refused, and that's when she said one officer pushed the door open and grabbed her arm.

WFTS-TV reported that a deputy with the Manatee County Sheriff's Office then fired his Taser at Pinkney. She said she fell to the floor, and the deputy fired again.

"I got scared, for one, especially as he shot me in my arm," Pinkney said.

Deputies eventually arrested Pinkney on an obstruction charge. Turner was nowhere to be found inside.

Pinkney said she had no intention of breaking the law and said she wished deputies showed her proof of their arrest warrant.

According to Florida Statute 901.19, officers are allowed to gain admittance inside a home:

"After she or he has announced her or his authority and purpose in order to make an arrest either by a warrant or when authorized to make an arrest for a felony without a warrant, the officer may use all necessary and reasonable force to enter any building or property where the person to be arrested is or is reasonably believed to be."