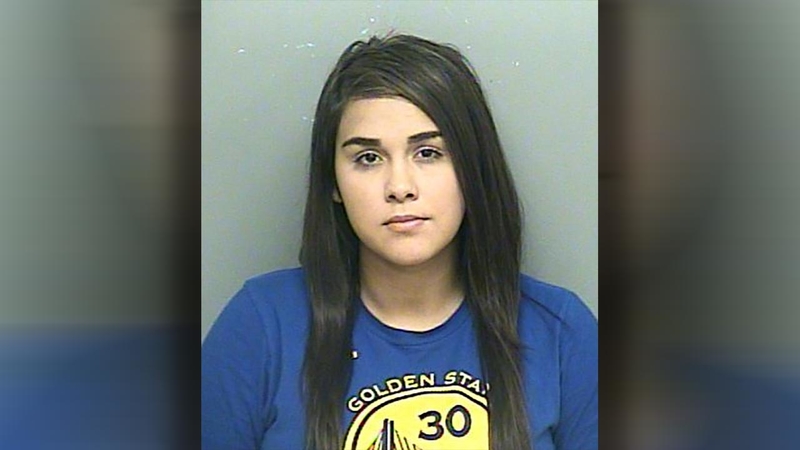 CONROE, TX -- A Texas middle school English teacher accused of sexually abusing a child is turning herself in to authorities.

Alexandria Vera was an English teacher at Aldine ISD's Stovall Middle School. According to court documents, last summer Vera met a 13-year-old boy who was a student in her 8th grade English class during summer school. A sexual relationship reportedly developed.

Vera, 24, is charged with continuous sexual abuse of a child, and a warrant was issued for her arrest. Our sister station KTRK in Houston has learned Vera has turned herself in at the Montgomery County Jail in Conroe.

Vera claims she and the teen are in love, and she's been introduced to his family as his girlfriend, court documents state. The boy's parents are reportedly accepting of the relationship, including Vera in family gatherings.

Court documents go on to detail the fact that Vera allegedly became pregnant with the boy's baby in January, and his family was said to be excited and supportive about the baby. But after an unexpected visit to the school by Child Protective Services in February, when Vera and the boy were questioned about their relationship, she reportedly became nervous and terminated the pregnancy.

Aldine ISD issued the following statement: "Aldine ISD has been made aware that charges have been filed against a former Stovall Middle School teacher involved in inappropriate behavior with a male student. When the allegation was made in April, the teacher was immediately removed from the school and placed on administrative leave. Aldine ISD Police investigated the incident and turned their findings over to the Harris County District Attorney's Office. The safety and security of Aldine ISD's students and staff remains a priority of the school district."