Javeth Reynoso was taken to Temple University Hospital where he was pronounced dead.
WPVI
By 6abc Digital Staff and Katherine Scott 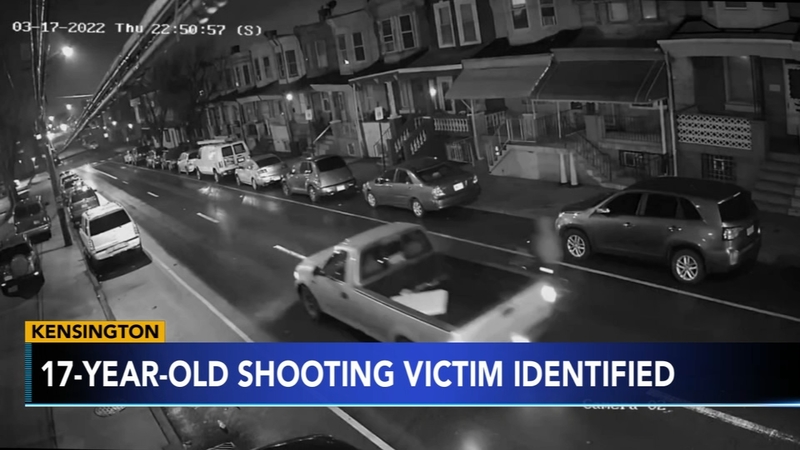 According to police, the teen, who has been identified as Javeth Reynoso, can be seen riding on a mountain bike to its right.

You can see muzzle flashes in the vehicle and, within seconds, the teen collapses, falling off his bike.

"There were like ten shots," recalled Pete Torres of Kensington.

"The shots woke me up," said Jose Soto. "Multiple people on the street screaming. There was a lady screaming for help, 'Somebody call the cops, call the cops!'"
Arriving officers found the teen lying between two parked vehicles.
"Went downstairs- there was a kid laying under my truck," Soto said.

A neighbor, who is a nurse, performed CPR before police arrived.

"We believe this may have been a drive-by shooting. We are getting information from witnesses that the shooter or shooters may have been inside a pickup truck that was traveling south on 2nd street," said Philadelphia Police Chief Inspector Scott Small.

Police found a parked vehicle that had been struck at least four times on the driver's side. A bullet also went through the front door of a nearby home, ending up in a living room.