Teen dead, another wounded after shooting near Southwest Philadelphia playground 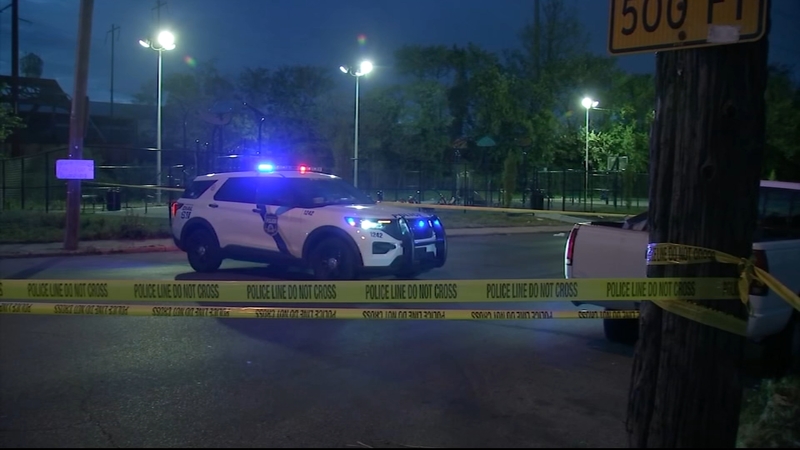 PHILADELPHIA (WPVI) -- Police have identified the teenager who was killed in a shooting near a Southwest Philadelphia playground on Thursday night.

Police say 16-year-old Quamir Mitchell was shot in the chest. He was taken to Children's Hospital of Philadelphia where he died of his injuries.

It happened around 7:30 p.m. near Ithan Street and Grays Avenue near the Deritis Playground.

The shooting also injured a 13-year-old boy who was shot once in the right arm.

"The 13-year-old was able to run about one block south to the 2300 block of Ithan Street," said Chief Inspector Scott Small.

He is currently listed in stable condition at CHOP.

"Earlier tonight, yet another incident of senseless gun violence has taken the life of one teenager, and seriously injured another," said Police Commissioner Danielle Outlaw in a statement. "The pain and trauma experienced in our communities is unimaginable, and we must not allow these tragedies to become our new normal. Our department will do everything in its power to bring justice to these victims and their families."

Police say the 13-year-old boy was able to provide a description of the shooter. Officers were able to find someone that matched the description and made an arrest.

Police say it's not clear yet if the incident began at the playground, but there's evidence it may have.

"It appears there were some individuals here because we found a jacket, we found some water bottles, so it appears people were playing on the playground," said Small.