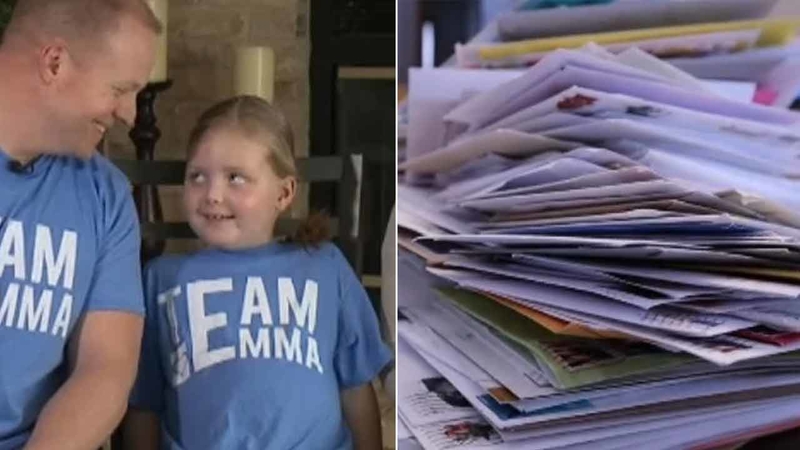 HARTLAND, Wisconsin -- Tens of thousands of people around the world, and their pet dogs, have been reaching out to help a 7-year-old Wisconsin girl who is battling cancer.

They've been sending her letters to help raise her spirits, WITI-TV reports.

Sometimes the greatest joys in life can come from the simplest things.

The biggest smiles these days are brought on by those strangers and their precious pups.


In last couple of weeks it seems like the whole world has been reaching out to Hartland, Wisconsin first grader, Emma Mertens.

"It's just nice to see so many kind people taking time just to try and cheer her up," said Emma's dad, Geoff.

In late January, Emma was diagnosed with DIPG, a rare brain tumor.

A family friend thought it would be nice to raise the spirits of the little animal lover with a letter from her dog. She asked her friends to do the same.

In just a few weeks, Emma has received more than 75,000 notes from all over.

"Every state and I'm going to guess, 50 countries," Geoff said.

The first grader has been getting treatment surrounded by her loving family.

But for a few moments each day the letters have helped.

"I think the letters give us an opportunity to forget about it," Geoff said.

A little girl with a big heart, finding kindness is sometimes the best medicine.