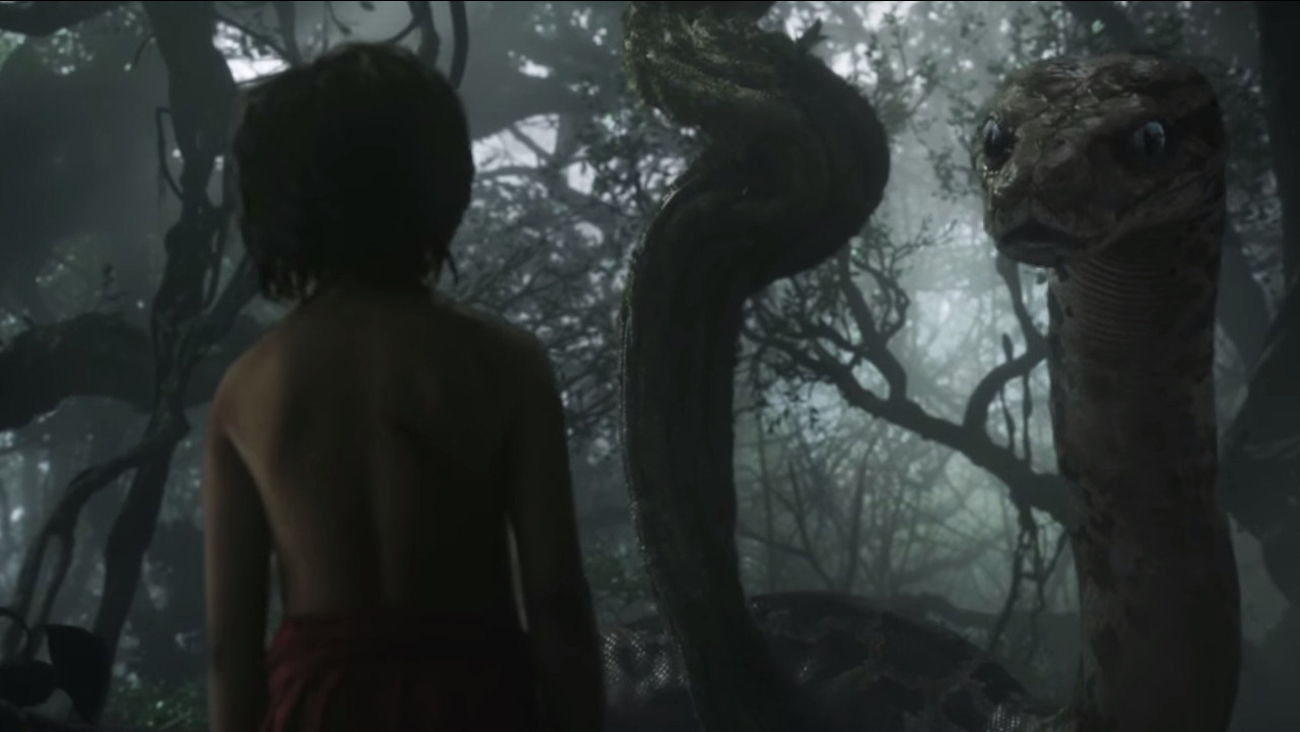 We get a first glimpse at the captivating jungle Mowgli inhabits in the trailer narrated by Scarlett Johansson as Kaa, the snake with the mesmerizing voice. (Walt Disney Studios)

A first glimpse at the captivating world of Disney's live-action The Jungle Book is here, and it's sure to give you chills -- and maybe some snake-centric nightmares.

This is not the happy-go-lucky animated version of the story that you grew up on. Scarlett Johansson provides the trailer with some spooky narration as the voice of Kaa the snake, while the man-cub Mowgli explores the dangerous but stunningly beautiful jungle.

"I'll keep you close. Let go of your fear now," the snake says in her hypnotizing voice, "and trust in me."

PHOTOS: The cast of Disney's live-action The Jungle Book 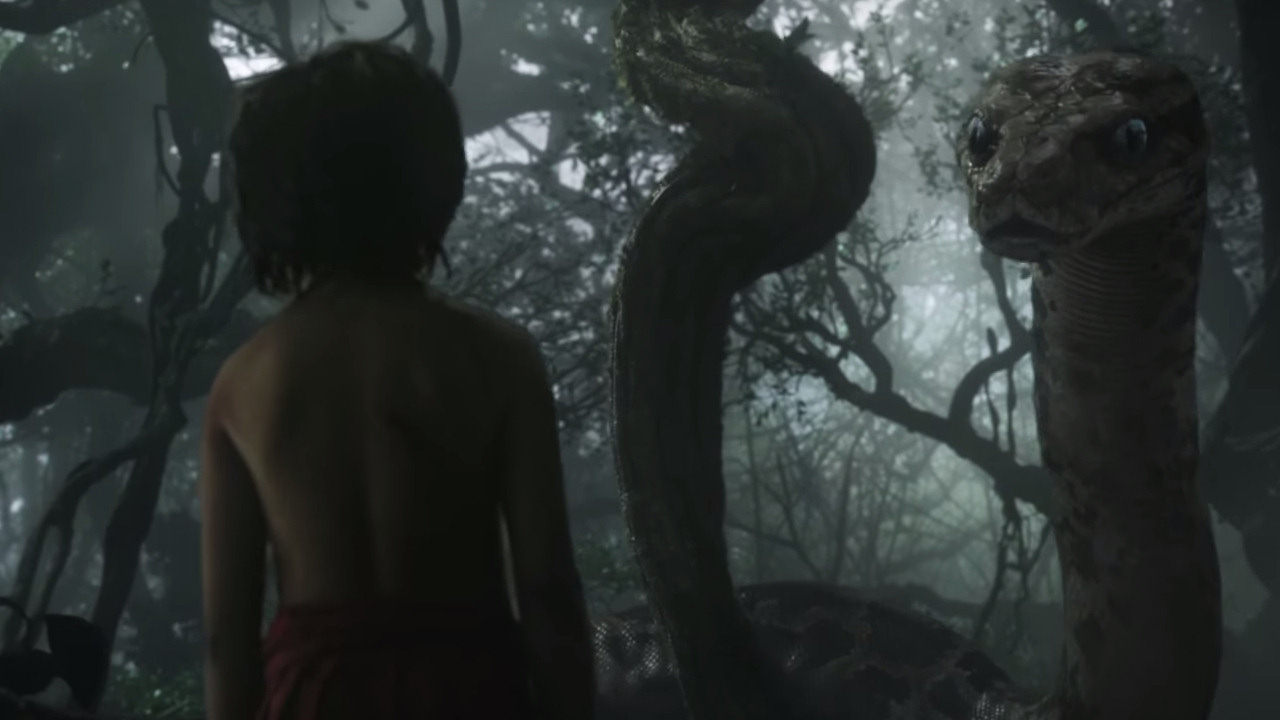 Mowgli, the little boy who explores the wild terrain occupied by these animals, will be played by Neel Sethi. The young newcomer has as much energy off the screen as he does on it, as shown by his enthusiasm for his question-and-answer session on Twitter that coincided with the trailer's release.

Thanks guys!!! This was so much fun... I hope we do it again! #AskJungleBook 👊😜 pic.twitter.com/JDEfA6tnmO

The film is just one of several Disney classic being brought back to life in a live-action film, including Cinderella (now on DVD/Blu-ray) and Beauty and the Beast starring Emma Watson, which is expected to be released in 2017. The Jungle Book, directed by Iron Man's Jon Favreau, hits theaters on April 15, 2016.