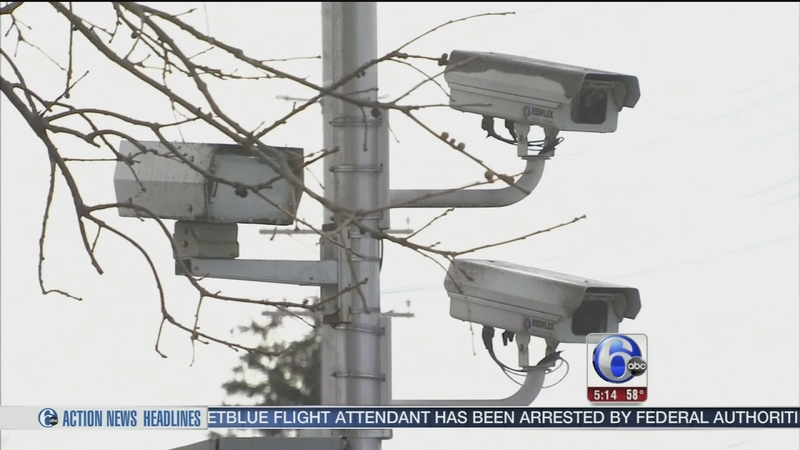 PHILADELPHIA (WPVI) -- What are the most effective ways to make people more cautious on city streets?

The focus of Thursday's panel at Thomas Jefferson University was the use of safety cameras to reduce speeds, and in turn hopefully reduce accidents for everyone on the roads.

"Traffic deaths are not acceptable, they are not inevitable," said Sarah Clark Stuart of the Bicycle Coalition of Greater Philadelphia.

Stuart says by adding speed cameras - or enabling existing cameras to enforce speed - is key, but they need the support of Harrisburg. She also hopes the new Kenney administration embraces the idea.

Vision Zero is an approach to road safety that's been adapted in cities around the world including Washington, DC. A policy analyst there says they've seen benefits of speed and red light cameras.

"We have had photo enforcement employed in the district, and there's been around a 20 percent reduction in crashes and injuries in locations where cameras are deployed," said Jonathan Rogers, District Department of Transportation.

Roosevelt Boulevard is an area of particular concern for city drivers and pedestrians, where there tends to be multiple injuries and fatalities each year. Broad and Market streets are also major corridors where panelists would like to see improvement.

Some drivers, pedestrians and cyclists believe technology would be a helpful enforcement tool to make streets safer.

"Cars, even if it's a red light, they don't stop. They really don't," said Jackie Horne of Northern Liberties. "And now if you're a pedestrian, you actually have to wait to make sure that the person doesn't go through."