4 dead in 2 separate crashes on I-78 in Berks County, Pa.; all lanes now open

Police said the second crash happened while traffic was being detoured from the first crash.
WPVI
By 6abc Digital Staff 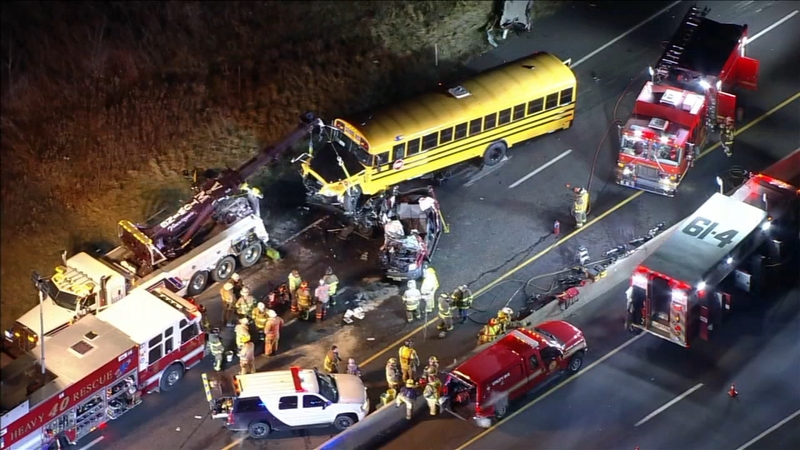 The first crash happened at about 8:30 p.m. Tuesday in the eastbound lanes of I-78 in Tilden Township, Pennsylvania.

Two people were killed in the four-vehicle crash, which involved a school bus.

Police say an empty school bus, two cars and a tractor-trailer were all involved in the wreck.

Police confirm to Action News that one person has died. There was no immediate word on other injuries.

The eastbound lanes of the highway were closed for hours following the crash.

Then overnight, about 10 miles down the highway, a second deadly crash also shut down the eastbound lanes.

Police said two tractor-trailers collided in Upper Tulpehocken Township, about one mile west of Exit 19 at Strausstown, while traffic was being detoured from the first crash.

A 24-year-old woman from Reading and a 54-year-old man from Williamsport were killed in the crash, police said.

There was no immediate word on what caused the crash.