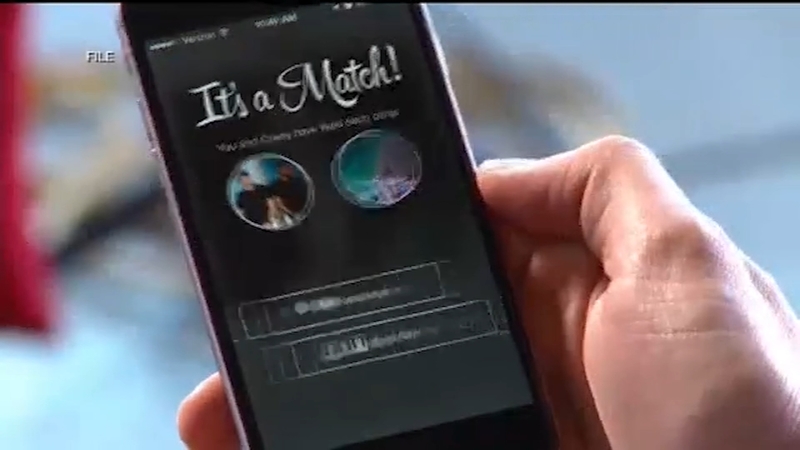 RALEIGH, N.C. (WPVI) -- Aaliyah Palmer, a former NC State student, whose case helped to re-write state law on when a woman could revoke consent to sex is now suing her alleged rapist in civil court.

It's not the first lawsuit of its kind, but what is new is Palmer is also suing Snapchat and Tinder -- arguing the social media apps helped her attacker and his friends hide evidence of the crime.

Palmer was a freshman at NCSU in Jan. 2017 when she and her friends met the group of young Fort Bragg soldiers on a now-defunct feature of the Tinder app, called Tinder Social. It allowed users to create friend groups on the app.

When they all met up at a Fayetteville house party that month -- Palmer says she and one of the guys hit it off. She consented to sex. But when the man got aggressive and violent, she says she told him to stop.

Palmer told police that during the rape her attacker's friends slid camera phones under a crack in the door taking pictures or videos of the assault.

When she went to Fayetteville Police to report the crime the next day -- she insisted there were Tinder messages from the men admitting they had the evidence. But when she tried to show officers, the texts were gone. Palmer had been deleted from the Tinder group -- losing access to the messages.

In the lawsuit against her alleged attackers, along with Tinder and Snapchat, Palmer tells the court that parent company Snap, "specifically and purposely designed, constructed, and maintained Snapchat to serve as a secretive and nefarious communications platform that encourages, solicits, and facilitates the creation and dissemination of illicit and non-consensual sexually explicit content... And allowed Snapchat to operate as a safe-haven from law enforcement."