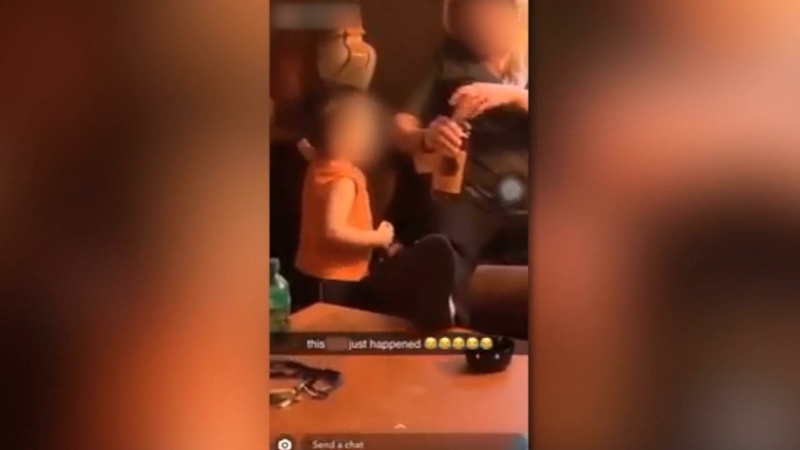 STILLWATER, Oklahoma (WPVI) -- Authorities in Stillwater, Oklahoma are investigating after a Snapchat video was posted that appears to show a woman giving alcohol to a child.

"Our investigation is separate from the DHS investigation. They do a child welfare part and we do the criminal part," said Payne County Sheriff Kevin Woodward.

The Payne County Sheriff's office is still looking into the video that blew up on social media over the weekend.

In the video, you see a child bring a bottle of what appears to be alcohol to his mom. Then, it looks like she gives him two shots of alcohol from the cap - all while someone in the background cheers on the situation.

"We have to investigate that video and everything that's involved and all the people that are involved with that video," said Sheriff Woodward.

The woman in the video did not want to go on camera, but she did tell KFOR-TV that DHS has taken custody of her son.

She also said it has been a stressful time, but she's adamant there was no alcohol in the cap.

"It is. Never been without him a day in his life and yes, it was bad judgment on my part to even act like I gave him alcohol, but I swear there was none in the cap," she said.

But in an earlier Facebook post, the woman wrote: "I didn't know I was being videoed, but even so, what's the difference in giving your child cough syrup or rinsing their pacifier off with the beer you're drinking?"